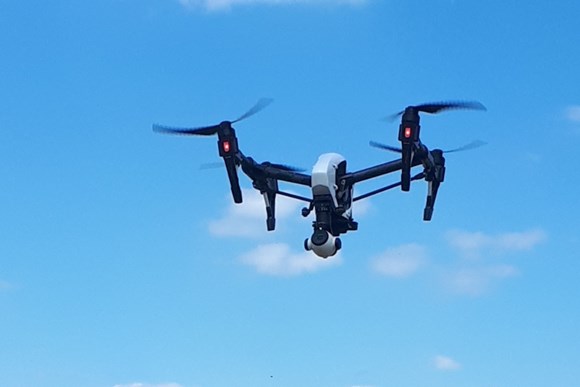 New powers for the police to enforce drone laws

The Government has acted to give police forces across the country new powers to tackle the misuse of unmanned aircraft, including drones, as the Air Traffic Management and Unmanned Aircraft Bill ha…

The text on that site says:

New powers for the police to enforce drone laws

The Government has acted to give police forces across the country new powers to tackle the misuse of unmanned aircraft, including drones, as the Air Traffic Management and Unmanned Aircraft Bill has its second reading in Parliament today, Monday 27 January.

The legislation will give the police new powers to land, inspect and seize drones if an offence has been committed and a warrant is secured.

The Bill will also grant the Transport Secretary new powers to ensure that airports modernise their airspace, delivering quicker, quieter and cleaner journeys. Modernising flight paths and the infrastructure of the sky will help reduce CO2 emissions from aviation, minimise noise for those near flight-paths and improve punctuality for passengers.

Transport Minister Baroness Vere said: “Drones have incredible potential, whether that’s by transforming how we move goods around or saving lives in search and rescue missions.

“Most people using drones want to do so responsibly, and we encourage them to familiarise themselves with the law.

“We are confident these police powers will be used proportionately to both deter careless drone use and to tackle serious, malicious criminal activity.”

The Bill will also give the police new stop and search powers around airports, prisons and other restricted areas. It will amend the Police Act 1997 to allow the police and senior prison authorities to authorise the use of counter-drone measures to combat illegal drone use.

This is just the latest action from government to ensure drones and other unmanned aircraft are used safely and responsibly. In October 2019, the Government published its “Counter-Drone” Strategy and in November 2019 it became mandatory for operators of small unmanned aircraft to register themselves and take an online competency test, with 80,000 having registered so far.

“This Bill is a vital part of the Government’s strategy to tackle the illegitimate use of drones and protect the UK’s growing drone industry.

“For the UK to establish itself as a global leader in this exciting technology it is vital that police have the powers to crack down on those who intend to use drones to cause harm or disruption.”

The Government is also reviewing the UK’s approach to tackling the malicious use of drones, including testing and evaluating counter-drone technology.

Is this the beginning of the end for R/C…???

Isn’t this just the finishing off the law from last year that got put on hold while the election happened?

A warrant is secured? Doesn’t that take time?

with 80,000 having registered so far. Isn’t that also well below the CAA estimates?

So the police can ask to see you’re drone and if you’re not registered or breaking the drone code give you a fine or confiscate it? Not the end of the line for us RC owners as its pretty much just enforcing last years laws but not great none the less. Many of us fly in remote places anyway and I’ve never seen the police when out, you’d have to be pretty blatantly breaking the drone code to be caught if you were “illegal”.

with 80,000 having registered so far. Isn’t that also well below the CAA estimates?

There’s still the submissions from the various CBO’s (BMFA, FPVUK, LMA, etc) to be included. The BMFA has around 30,000 members, and not all will be required to register (still a few control line, free flight, and indoor, only members. And the fact that 2019 member numbers were down 2,000 from the previous year.

I wouldn’t be surprised if an extended exemption will be issued as we’re three weeks away from the deadline and I’ve yet to receive confirmation of my renewal to the BMFA, other than the automated receipt for my payment, not even a digital version of my membership card. However I have received the latest version of the journal packed full of anorak fashion tips, and the merits of rolling your socks over your trouser leg bottoms to best display your demob brogues while on the flight line.

latest version of the journal packed full of anorak fashion tips, and the merits of rolling your socks over your trouser leg bottoms to best display your demob brogues while on the flight line.

/takes notes for next drone flight

I knew the BMFA would eventually help the drone community somehow

“We are confident these police powers will be used proportionately to both deter careless drone use and to tackle serious, malicious criminal activity.”

Uh, Huh. until it suits them to change the definition. 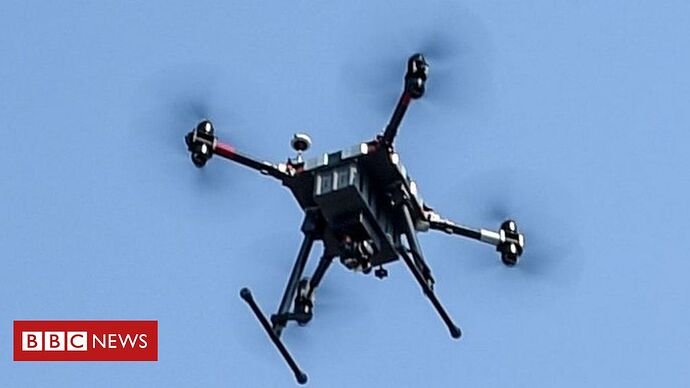 Michael Hooper stepped in to help police after officers struggled to find a missing teenager.

And if he hadn’t managed to help locate the girl he’d have been branded a stalker for using his drone to spot girls.

Would be interested to know why it’s getting worse?

It’s getting worse because of legislation for a threat that never existed in the first place.

There has yet to be a CONFIRMED incident. There’s plenty of mass hysteria with stories appearing in the mainstream media that a few years back would have only appeared in the editorial of the Sunday Sport. Very recently a woman has claimed that she was followed by a “Drone” for over eight miles. Five years ago she would have made the same claim but this time it would have been alien abduction, with the intention of impregnating her with a Star Child.

There is no risk assessment to substantiate the need for me to be registered to fly a 400g mass of EPO foam in a distant and remote muddy field, but yet hear we are.

Now the hysteria has got so bad that the CAA are allegedly considering registration requirements for indoor model flying. This is like saying I have to register my model train set as it could pose a collision threat to the planned Leeds to London HST service.

Oh imaginary creator, give me strength.

I am now on the brink of quitting this hobby and selling, I ask myself is all this worth it for a few hours flying a month, I’m spending more time on my laptop reading all this new legislation and watching YT videos than I spend actually flying the dam thing, it seems that everyday I see something negative and wonder if in 6 months I’m gonna be left with £2000 worth of kit that nobody wants and can’t sell, its just going to be more money to keep finding as the A2 CofC is going to cost £249 just to allow me to get close enough take decent photos etc. rant over