I was going to get my PfCO
But I have decided to put it on hold until the proposed new regs are implemented.
I have no intention of doing commercial work and it may be the competency test will be sufficient.
Any views on this.

I have no intention of doing commercial work

Then I’d have to ask, why on Earth are you shelling out for a permission for commercial operations that you can never use mate?

The regs will always be changing too Dave, always…

If you are going for it, there’s no point putting it off

Precisely, I originally saw it as getting something that would prove I was a competent flyer as there really was nothing else on offer.

Now with the proposed competency test, that maybe sufficient.

Im a casual recreation flyer who is retired and just want to be able to fly without being harassed.

There are a few company offering enthusiast certificates. Check out Drone School UK where there provide half and full day courses and provide you with a certificate the end. No real legal but if that is what you would like. 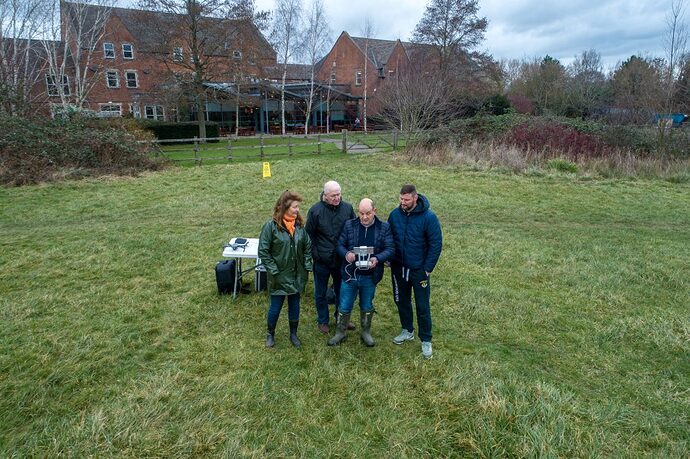 Being part way through my PfCO, I agree with @PingSpike that it really is only worth doing if you want to use your drone for commercial reasons. Don’t forget that as well as the course price you then have a further initial payment to the CAA and an annual renewal payment.

I agree. There is absolutely no benefit in becoming a pfco if you are just a hobby flyer It only allows you to sell your photographs/vids commercially and in order to do this, you have to shell out a shed load of money to an accredited training provider and pass various competency tests, not just flying, but navigation, flight planning, maintaining flight logs and so forth.
Wait until the CAA have got their act together and they will probably have a 2 tier competency test, 1 for hobby flyers and the other for commercial operations. There are a lot of companies getting on the bandwagon offering training yet nobody knows yet exactly what is required from the CAA in this regard. Save your money and wait until they announce it officially.

From those of us that went to do the CAA testing, the test coming in next year was all online. From the bits I did , it was all questions about the drone code rather than how to fly.

That is the point I was making. At my age its a waste of money.

Also I find the cost to be excessive, I go on residential music courses regularly with full bed and board all found for in region of £600 for 4 days.

At the moment it’s law of supply and demand.and there’s very little competition
There are only a few companies offering drone training for pfco. As more companies become accredited agents, the price will drop.
I believe there is great confusion in that people believe they need pfco as a kind of badge of to say they are competent to fly a drone, when it only really gives them a licence to fly and sell photos and videos commercially. But at least they have proved they can fly and plan a flight, which many hobbyists seem to be barely able to understand the dangers of flying. It’s a right old mish mash. I don’t expect to have to be licenced to sell photos I take with my camera, yet I have to be in order to take photos with a flying camera.

From what I can make out, you need a pfco to sell your services and take on commissions but you dont need one to take photos and videos to sell on library websites. I’m considering printing a few of my shots onto canvas and maybe doing a boot fair or putting them on Ebay.

Now I could be corrected here, but the reason I was considering PfCO was that I wanted to film my house, and I thought although you are not allowed to fly in residential areas, with PfCO you could, providing you draw up a proper flight plan.

I know there are companies that would it for a fee, but it does seem like a giant hammer to crack a nut especially for the hobbyist.

I think you would be ok there, if you have close neighbour’s which you will come within 50 mtrs of just ask their permission

From what I can make out, you need a pfco to sell your services and take on commissions but you dont need one to take photos and videos to sell on library websites

This is the ongoing grey area. If you take a picture and someone then offers to buy it then you clearly didn’t fly in that location commercially.

If you made the flight with “the intention” of taking photos and videos to sell than you have flown for a commercial reason.

It’s the bit in the middle that gets grey, be good to get clarity, wonder if anyone at here has asked the question?

I have to agree with @BrianB.

But to understand the need for PfCO you really need to forget about photos/video - since this is not what the CAA really care about.

The CAA only care about why the flight is taking place - purely hobbiest or commercial.

And for commercial, as Brian also says, it is there being any intent at the time you take off that there will be a commercial/financial reason/reward/income.

Since the predominant reason for flying drones is for the taking of pics/video, this is also the predominant means to earn money from one - and probably the main one of interest to most members here.
But not the only one. Surveys, deliveries, bird-scaring (even at airports, ironically, Southampton use them).

You could be delivering flowers for someone to their mother, today - and if you’re getting a pint at the pub later for doing that, then technically you’d need PfCO to embark on the flight.

If you are in the construction/roofing business and you use a drone for survey work - even though there’s no money changing hands - it’s in support of the operation of a business and therefore also needs PcFO for the flight.

There have been several other threads that discuss all this in more detail. A quick search brings up the following.

To PfCO, or not to PfCO - that is the question!

Can you have a PfCO and be a hobbyist?

So this happened today

I guess having a print on a bootfair stall would be fine as it’s only on display technically until someone offers money for it. Much the same as Ebay.

It’s the actually being asked to take a specific picture in exchange for money that would be a problem.

If you take a photo and someones house is in it and they say “that’s nice can I buy a copy” - that’s fine. If someone says “can you take a photo of my house and I’ll pay you” - thats not ok.

I guess having a print on a bootfair stall would be fine as it’s only on display technically until someone offers money for it.

No - you are missing the point.

If, when you took off to take the pics, you were planning to use them in the manner you describe, you are planning to make money from the flight and therefore PfCO is most definitely needed!

Equally, a flight cannot be deemed commercial retrospectively.
If you flew last year and took some pics just for fun, and today you think to yourself “I wonder if I could sell them at a boot-fair” … you are able to. No issues.
Proving that this wasn’t in your mind at the time of the flight would be the main issue. And, as yet, I’ve not seen the CAA attempt to prosecute in these kinds of borderline circumstances to know who would win in court.

I was thinking of doing it too but the CAA make the rules and they are all biased towards the protection of their domain, i.e. airspace in which drone flyers never actually go!
To me it appears the CAA offer very little actual consideration for drone uses or understanding of the users themselves.
For instance, is it safer or riskier to climb a ladder to look at a roof or fly a camera equipped drone up to check it, and if not should that need an annual maintenance cost of several hundreds of pounds?

I thought I clarified it was only for personal use.
Commercial use does not apply in this case.

The point I was making is theoretically, if I had PfCO then I could fo it under the guise of being commercial.i. Legally. As long as I abided by the PfCO guidelines.
But as a hobbyist I cant even take off in my own back garden.
Yet I have builders working on a neighbouring roof and they can look into the whole of my property as and whenever they wish and your more at risk from a falling tile than being hit by a drone.

But as a hobbyist I cant even take off in my own back garden.
Yet I have builders working on a neighbouring roof and they can look into the whole of my property as and whenever they wish and your more at risk from a falling tile than being hit by a drone.

Dave, this is one of the major myths.

Unless the PfCO has a Operating Safety Case (OSC), which are much harder to obtain, the take of and landing distance is the same for both hobbyist and PfCO- 30 meters away from Buildings , structures, vehicles and people that you do not have control of - i.e don’t have permission.

So if your home, car, etc is within 30 metres of where the builders drone is taking off, then they should have sought your permission, unless they have an OSC that says otherwise. And they need to set up and fly within their PfCO Operations procedures that they submitted to the CAA in their operations manual - which will require cordons etc.

Also, without the OSC, the flying distance from people, buildings etc is also the same for both - 50m without permissions or control.

What you find out on the PfCO course is just how difficult it can be to fly within the rules for hobbyist and PfCO. I now don’t use couple of take off sites I used before the course, including my back garden, because of having greater awareness of the 30m take off rule. n Though having seen shots from people I know have a PfCO, some are happy to bend the rules!

Does the builder have a PfCO or just a mate with a drone?! Some on this website have said that they have flown for builders but don’t have a PfCO, which is ok along as there is no payment of any sort.

builder’s firm wants to use a drone for aerial imagery/survey as part of their service, this also would be considered a commercial operation even if it only comprised a small part of the service to the customer, e.g. …checking the property for the extent of works required. The operator of the drone would need to have a CAA permission for Commercial Operations. The builder’s firm should gain a permission or use the services of an existing permission holder.

For me, working towards the PfCO has made me think more about where and how I fly, and probably made it harder rather than easier.

As I said, I used to take off on occasions from my garden - I won’t anymore as it clearly breaks the 30m rule…