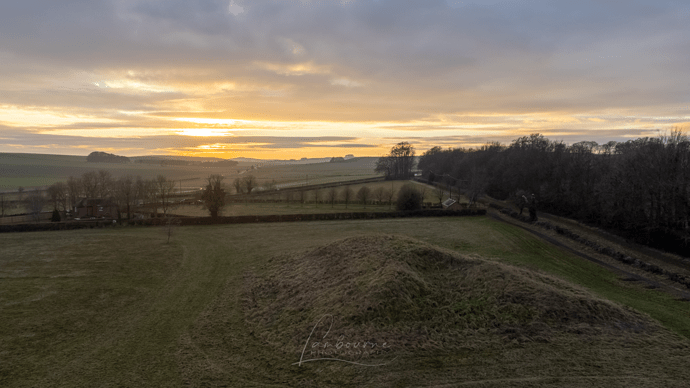 TOAL and parking was in a lay-by on the side of the A4.

The monument includes a Neolithic long barrow aligned north east to south west and situated on a gentle east-facing slope, 300m south west of the South Street long barrow. The barrow mound has been slightly disturbed by cultivation in the past but survives as an impressive earthwork which measures 84m long and 35m wide. The mound stands up to 6m high and is flanked to the north and south by quarry ditches which provided material for the construction of the mound. These have become partially infilled over the years owing to cultivation but survive as slight earthworks c.24m wide and 84m long with a depth of c.0.6m. The barrow was partially excavated by Merewether between 1820 and 1850. He discovered evidence of a Bronze Age cremation burial contained in a 'Deverel- Rimbury' style pottery urn and a piece of bronze which was probably part of a dagger. The urn is now located in the Devizes Museum.