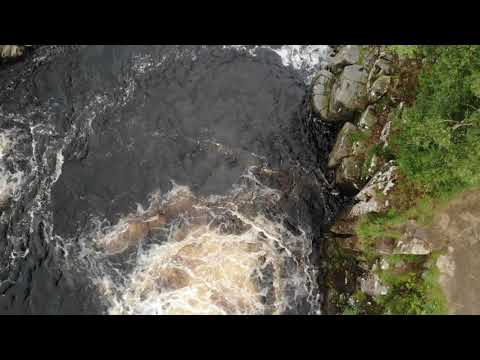 YouTube link to video of Low Force Waterfall Co Durham.
Bit shaky on the sticks but great scenery makes up for it hopefully!

Great video Paul, I was up that way a few weeks ago doing a job in Alston, was going to go to High Force but then heard you have to pay so didn’t bother, instead I caught a lady falling off her motorbike on a cattle grid
Wayne

Great video. Has inspired me to make a trip there. It’s very local to me👍

Your most welcome Paul

Good effort, I must get up there and try filming it myself. Looks a challenge for close control.

Wot no kayakers! Mind you the level looks a bit low. For instance, I’ve had a swim (unintentionally) on the drop just above Low Force, 45seconds in on your video, which forms a not nice recirculating stopper in higher flows. Not a great place to be! Sensibly, we had placed safety cover on the bank and my mate threw me a line to get me out. It’s a great river in stunning scenery. If you do get to be there when the kayakers are out and about take a short walk up to the next rapid upstream called S bend rapid. You should get plenty of kayaking carnage to film. The last drop of S bend was a feature on TV series 999, where an unfortunate kayaker ended up being pinned across the last drop and very nearly drowned.

I did see kayakers further upstream but as you say the water was low and they were walking more than paddling!