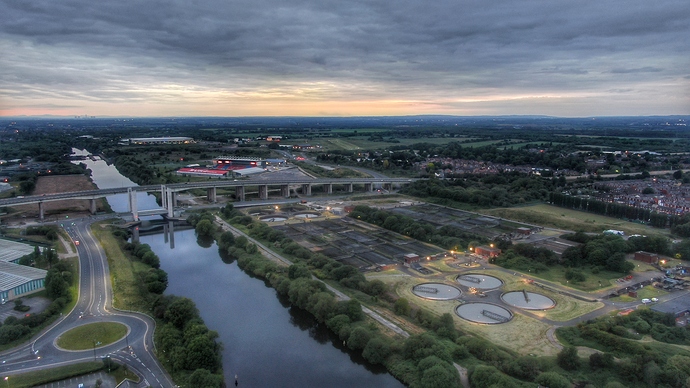 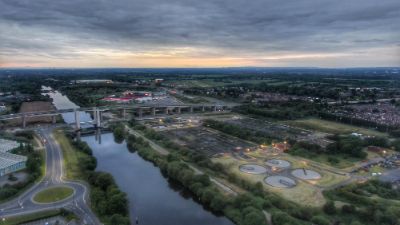 Parking is available on Old Barton Road (M41 7LF), the abandoned road leads west along the south bank of the Manchester Ship Canal. Alternatively, parking may be available at Chill Factore, there is then a walking route along the roads towards the David Lloyd tennis centre.

There are a couple of spots between the old highway and the ship canal to fly from. The old highway itself is used by walkers and cyclists.

Hazards: there is housing to the north of the Ship Canal, and the David Lloyd centre nearby. There is a large area of (inaccessible) waste ground between this spot and Trafford Park where a safe separation distance can be maintained from buildings.

At the time of writing, Barton City Airport accept applications for drone flight permission via an online form; permission is easier during evenings or very early morning when the aerodrome is not in regular use.

The originator declared that this location was inside a flight restriction zone at the time of being flown. Permission to fly was obtained from Barton City Airport. It remains the responsibility of any pilot to check for any changes before flying at the same location.