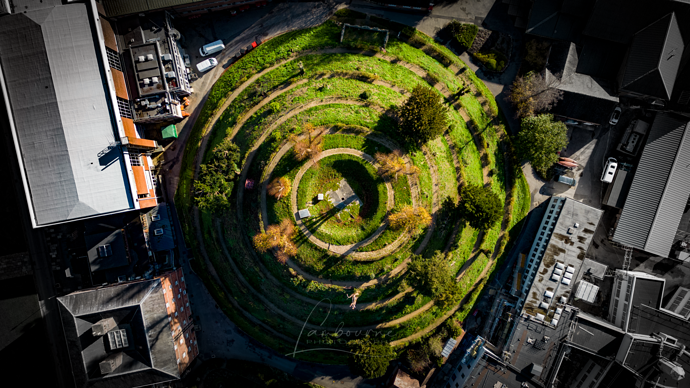 'Merlin's Mound' is also called the 'Marlborough Mound'. Which is a bit of an oxymoron, as in the Brittonic language (Brythonic, basically old Welsh), Merlin is Maerl (pronounced 'Marl') … which is why it is called "Marl-borough". I.e. the mound came first! The mound is located within Marlborough College walls. As such, it is private land. Which is weird when you think about a national treasure such as this, off limits to the public. Alas, my TOAL was from a public footpath about 250m to the west, with clear view.

Did you know that Merlin's Mound is Silbury Hill's little brother? Built around the same time, a few miles apart.

The construction of a great mound began just over 4,000 years ago, resulting in the monument now dominating the centre of the College. It is the second biggest Neolithic mound in Europe; the largest is Silbury Hill, located five miles to our west. The Marlborough Mound is a 19-metre monument that has been carbon dated to 2,400 BC. It is part of a spectacular ancient landscape which includes the stone circle of Avebury, the Kennet long barrows and other great archaeological treasures. The Mound is said to be the burial place of the wizard Merlin, and the town of Marlborough’s motto is ‘Ubi nunc sapientis ossa Merlini’ (‘Where now lie the bones of wise Merlin’). 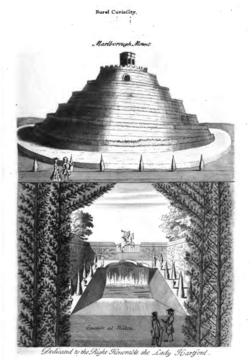 Marlborough Mound is a Neolithic monument in the town of Marlborough in the English county of Wiltshire. Standing 19 metres tall, it is second only to the nearby Silbury Hill in terms of height for such a monument. Modern study situates the construction date around 2400 BC. It was first listed as a Scheduled Monument in 1951. Marlborough Mound is part of a complex of Neolithic monuments in this area, which includes the Avebury Ring, Silbury Hill, and the West Kennet Long Barrow. It is close t...

The originator declared that this location was not inside a Flight Restriction Zone at the time of being flown on 19/11/2022. It remains the responsibility of any pilot to check for any changes before flying at the same location.