Hey all
There’s a really interesting structure not too far from me. It’s a former halls of residence at Newlands Park College - a site that dates back to the end of WW2 (1946) but closed it’s campus in 2009. You need to appreciate that it’s a circular building, currently being renovated back to it’s former glory and will be converted to flats so a rare window whilst they’ve cut back the overgrowth but before hundreds of people move in. 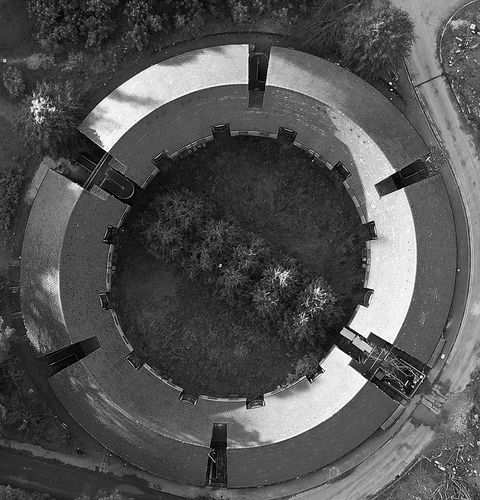 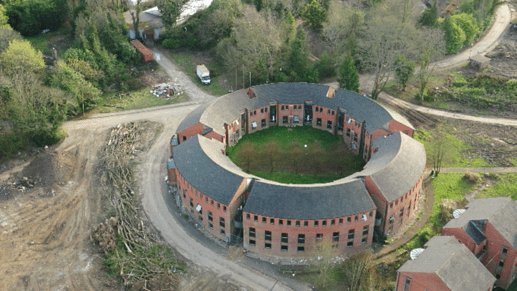 What I attempted to do, was to fly down into the centre of the structure and do a pano just above the tree-line to create an “impossible” picture (ie, a 360 degree pano that looks like a row of terraced houses.). The trees have really grown since the colour photo but they are now almost as high as the roof line.

I don’t like the resulting photo - it’s uneven and looks boring. The effect I was hoping for was a flat roof line across the picture but despite maybe 5 hours in front of pc, I can’t get it to work with the source pictures and ICE.

I used Litchi to create the pano source files. Can’t remember what settings I used as I haven’t spent enough time with pano on Litchi yet so was kind of screwing around.

Any suggestions or thoughts welcome

Thats a great idea to try. If you have Photoshop I would try its photomerge function and if that wasn’t successful just manually align all the individual images.
Best of luck