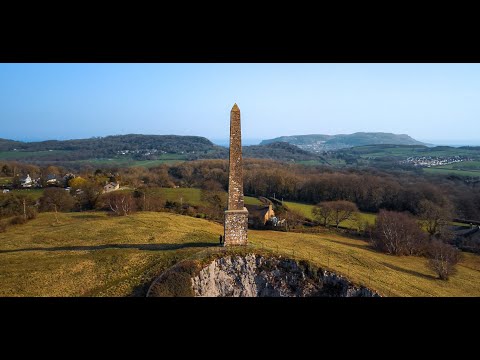 This Obelisk is located on a hill near the small village of Bryn Pydew Llandudno and overlooks the Conwy Valley and the coast. The field in which the Obleisk stands is a site of special scientific interest, containing much rare and interesting fauna and flora.

I checked to see what it represents, and was surprised to to read that it’s only 30 years old …

It does not commemorate any important event as the obelisk is actually a modern folly erected in 1992 by one of the nearby hotels, which caused a lot of local controversy!

Indeed, the Hotel owned the land so decided in their infinite wisdom to erect an Obelisk for no apparent reason, I don’t think the locals had much say in the matter. Still it makes a great landmark and reference point