Remote ID on the way for the UK

Cant find an online link yet as it seems to be in the subscriber area only but from it:

It is understood officials are working towards a deadline of April 1 202 to get a RID system running in the UK. The plans are due to be announced in March this year.

So not content with ignoring class marks, redefining VLOS the CAA look to be restricting even further via RID requirements.
No doubt this will be the horrible system the US settled on where literally anyone with a mobile phone app can see drones in the area AND the operators location along with it even if they have no legal reason to know that.

Aeroscope is one thing but spitting out the same data to anyone and everyone within a few miles is a different league entirely.

Will update with the actual article link if/when it appears on the site itself.

deadline of April 1 202 to get a RID system running in the UK.

Have they got a TARDIS, or is it an early ‘Fools Day’?

FFS The Wild West in the Sky

I wouldn’t even use that paper to wipe my a****

Here’s the link To read you have to subscribe FFS!

Yet still no proven reason for it to exist at all, just a lot of scare stories with little basis in facts

I wouldn’t even use that paper to wipe my a****

Doesn’t mean the actual content about the CAA looking to implement RID isn’t true regardless of the paper.

The article gets what it deserves with that headline

Also doesn’t explain how giving “Mr Bloggs” who hates drones in his area the ability to detect them all and see where the operator is standing solves anything at all.
Confrontations will go through the roof.

How they gonna implement this with self build or legacy drones?

And how long before the scene has a workaround, anyone who hasn’t used DH or equivalent is already on a crippled bird

Most likely the same way the US and Japan have implemented it with those drones.
A phasing on of requirement and/or stricter rules for non RID.

UAS Remote Identification | Federal Aviation Administration USA for example once its in, drones without RID will only be allowed in specific identification zone areas (basically RC flying club fields)

You can buy clip on RID modules (pricey) to make older drones compliant.

And unfortunately DH firmware mods dont work on the latest firmware versions of the Mini 3, Mavic 3 and suspect newer drones going forward. A recent Mini 3 firmware brought in mandatory RID in the US and no rollback.

There is a lot of work going on attempting to hack the newer firmwares but so far nobody has been successful. DJI has improved its game since the Mavic 1 days where they left their private keys on a public Git repository.

Daily mail now has essentially the same story but with more CAPITAL LETTERS. 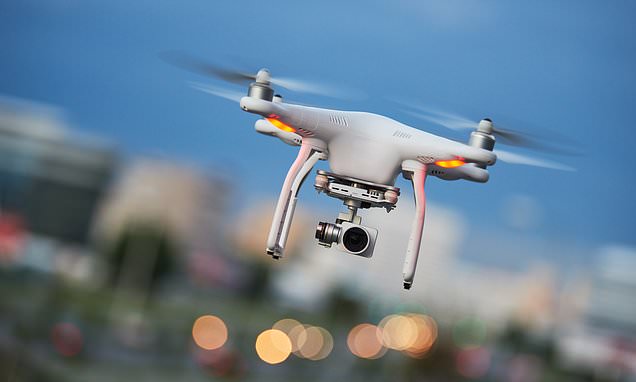 Drones could soon be forced to have electronic NUMBER PLATES

The plans are part of new regulations being drawn up by the Government that would allow a drone's speed, location, height, take-off point to be tracked - as well as the operator's location.

Can they not find a U.K. company to look at this ?

Its a foregone conclusion. They want it, they just want lawyers to write a justification for wanting it.
Then they’ll adopt the same system everyone else has because it already exists and is already on drones.

The whole thing is a meaningless exercise with just the impression of it being a study.

“Silly question” what if you fly your drone with a failed GPS module, how will the remote ID identify your location?..

“Silly question” what if you fly your drone with a failed GPS module, how will the remote ID identify your location?..

If you could take off you would be in atti mode

The pilots location would be known from the device

So if I desolder and remove the GPS…

Oh you mean the Tablet or Phone?