This is Thames Valley Park (TVP), located in Reading and was developed in the 1990s on the site of the former Earley Power Station. it spans over 200 acres and includes a variety of different habitats, including wetlands, meadows, and woodlands and a large (mainly) high-tech business park.

The park, water meadows and the 80-acre waterside nature reserve was developed to create a natural flood plain to protect the commercial development, improve natural habitats and increase local biodiversity. 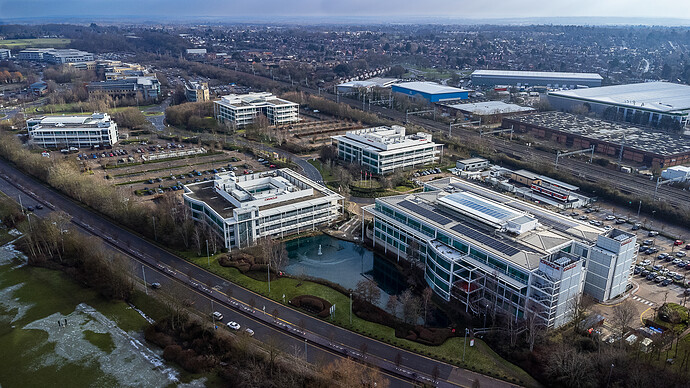 What we’re looking at here is the Oracle UK HQ, one of a number of software firms on the park, I worked there for most of the 90’s and at that time it was just Microsoft and Oracle and they’d only completed the 3 buildings towards the right. They always planned to have 5 buildings and there were also plans for a second railway station, which wasn’t progressed. 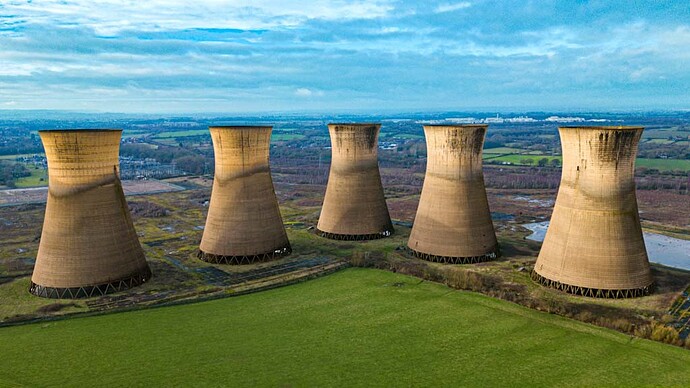 ) as the subject was covered in scaffolding when I visited today

So in the absence of anything else I’ve put this one in!

This power station, in East Derbyshire, was constructed in the 50s and commisioned in 1959 (the year of my birth) and had an installed capacity totaling 804 M.W.between the two ‘A’ and ‘B’ station. The output from the Willington Power Stations was fed into the 132,000 volt grid system (Nos. 1, 3 and 4 Units). Over these two transmission systems power was delivered to the surrounding area, and to a large extent to the South of England for use in the areas of Greater london and bristol.
The stations were privatised and sold to ‘National Power’ in the early 1990’s and a few years later Willington A closed in May 1995 and the B Station followed in 1999. Although most of the stations were demolished at the turn of the millennium, the five cooling towers at Willington A continue to dominate the skyline of the local area.
The site was earmarked for a large residential development, but the application was rejected and in 2011.

I too forgot to add details of flight etc.

Took the lazy option and took off from my back garden! 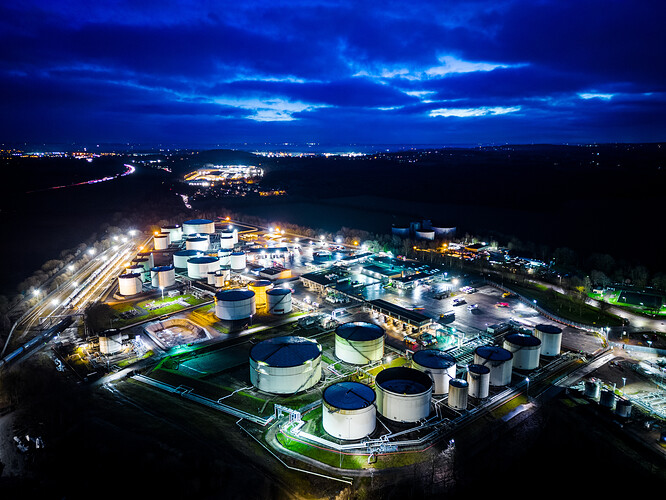 Kingsbury Oil Terminal is an oil storage depot located to the northeast of the village of Kingsbury, Warwickshire, England. It was opened in the late 1960s and serves the Midlands region. It is the largest inland oil storage depot in the United Kingdom. The main operators at the site are Essar, Warwickshire Oil Storage Limited and Valero Energy Corporation. The site also has facilities from Shell and pipeline operations from the British Pipeline Agency.

In August 2006 the terminal was targeted by terrorists as part of a terror plot involving several sites across the country.

Congratulations to all those hardy types who braved the January chill to capture such a varied set of images tp illustrate the subject of Industry.

As usual everyone, whether competitor or not, is invited to vote for some, one, none or all of the images as the best of the category. The poll closes at 22:00 on Monday 30th of January.

Don’t forget - the January round of the GADC Pilots’ Calendar Competition closes in three days - on Tuesday, January 31st. Get your last-minute entries in here