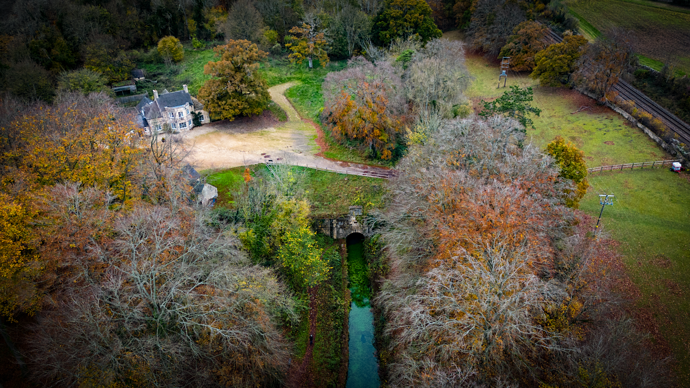 When Sapperton Tunnel on the Thames & Severn Canal opened in 1789 it was the longest canal tunnel ever constructed in the United Kingdom at 2.17 miles (3.49km) in length. Today it is the third longest.

Construction started in 1783 and the first boat passed through in April 1789. The last commercial traffic to use the tunnel was in May, 1911.

As early as 1916, roof falls made the tunnel impassable to normal boat traffic.

Today Sapperton Tunnel remains impassable with a number of significant roof falls, and a complete blockage near the Sapperton end.

Maximum height of overburden: 66m (216ft)
(The distance between the tunnel roof and the surface ground level above.)

Looking south from the tunnel entrance. 350m to Cotswold Airport FRZ, which you can see in the background. 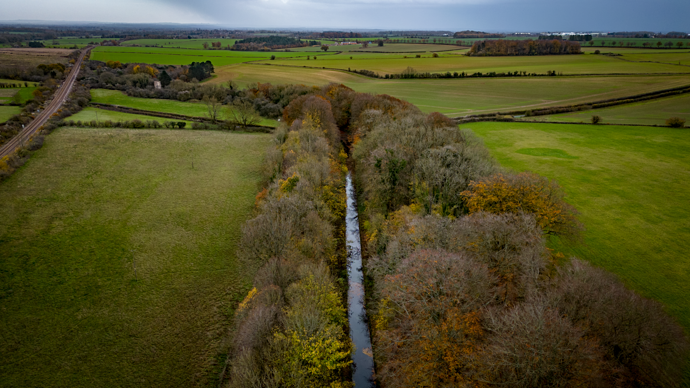 The Ghost of Sapperton Tunnel

The Ghost of Sapperton Tunnel by: Richard A. There are many tunnels on the English canal system and most of them are inhabited by some loathsome ghoul that terrorises passing boatmen. Sapperton Tunnel has been impassable for many years so...

Reckon you should fly the Avata the length of that tunnel.

I’ve got some spare hard hats if you want to go for a trip inside mate!

Guess what? Sapperton Tunnel is being restored. But that’s the tip of the iceberg …

I’ve just found out that the Thames and Severn canal is being restored by the Cotswolds Canal Trust. The project started back in 2001. Phase 1A complete, and opened by Prince (now King) Charles. Work is now onto Phase 1B.

The scale of this project is MASSIVE 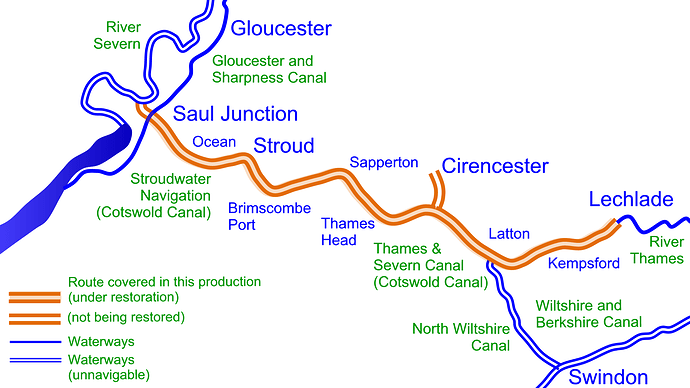 From Saul to Sapperton:

From Sapperton to Lechlade: