I thought it would be fun to start a thread containing any “schoolboy errors” you (or your “friend”) may have done. It could be a silly mistake, a misjudgement or even something like mine below which although may not be down to you still makes you feel like you didn’t do enough due diligence first. Lets all enjoy laughing at each other a little. Don’t be shy, unless you were being naughty in which case maybe keep it to yourself!

Allow me to start with mine…

On a beautiful sunny day I was at a loose end with work so decided to go and fly. I spent half an hour googling a certain location to see if there were any laws about flying drones there as I knew it would look great, including drone safety maps. I literally googled the arse off of it and found nothing so took the 30 minute drive, turned in to the car park, parked up, gathered my gear, sunglasses on, laces tightened and set off for the footpath and the first thing I saw was a tiny little sign saying no drone flying allowed!

I was so annoyed and drove home with a sad face as my day had been ruined!

Which leads me to my next question. Is there a website that can be updated with things like this? Places you’ve been that have clear signage saying no drones allowed, that we could all access and update ourselves with our findings?

Is there a website that can be updated with things like this? Places you’ve been that have clear signage saying no drones allowed, that we could all access and update ourselves

Because there are less of those? I agree! But in this instance I think it would help people to know as I imagine lots of people go there to fly the area and it’s been an annoyance so a signs been put up. I literally spent ages trying to find out and when I got there is was one of the first things I saw. Annoying to say the least!

Where were you that had no-drone signs?

Keeping it on track, my schoolboy error is down on right stick instead of left = hedge.

Doesn’t this all circle back to the perennial discussion of TOAL vs. over-flying, and whether such signs are actually enforceable?

For example, there are a few of these in the vicinity of the Crimple Valley Viaduct, clearly put up by the few local residents who are possibly paranoid about privacy or simply intolerant of the noise.

But there are also plenty of public footpaths, and the generally accepted view is that, until it is tested in court and proved otherwise, you can TOAL from a Public Right of Way as long as you are not causing an obstruction or nuisance. Similarly, no-one owns the airspace above their property beyond a height that “allows reasonable enjoyment of their property”, so you should be free to fly over it at whatever height that may be.

As these are both somewhat grey areas they have, of course, been endlessly discussed in many threads on the forum.

), ultimately resulting the the loss of the drone. Fortunately no damage was done to anything other than my bank balance.

Keeping it on track, my schoolboy error is down on right stick instead of left = hedge.

Where were you that had no-drone signs?

I went to a place called Beacon Hill and saw the sign on the gate upon entry. Beacon Hill THere is an Iron Age Hill Fort on the top, so I think it’s part of the local Council or similar.

Getting to the flying field, getting everything setup to fly THEN realising I’d forgotten the battery for the goggles

And before you suggest it, the drones I had that day were all XT30 connectors

As usual, my curiosity has got the better of me and I’ve disappeared down the rabbit-hole.

The very useful Local Authority tool on the above-mentioned dronscene.co.uk leads to Basingstoke and Deane Borough Council and the FOI request made by Simon Hawkins.

The response states, “Our byelaws can be found using the following link, however to our knowledge, we have none that relate to the use of UAV’s:-”, yet if you read the one relating to “Pleasure Grounds” (parks, etc.) you will find the usual section on aircraft: 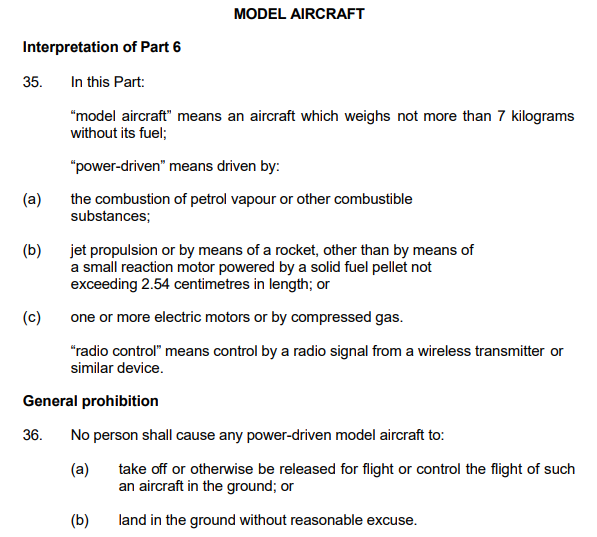 Then again, is the area you were looking to fly actually considered a “ground” as defined in the above? Beacon Hill is not listed in either of the schedules of the byelaws.

As an aside, I find it interesting that they say, “Our policy relating to UAV’s can be found in our CCTV policy,” the first section of which says, “This policy applies to all staff, whether permanent or temporary, Members and contractors,” so it’s clearly an internal policy document and the only thing it says about drones is,

The council may use drones to gather information for flood maps and flood risk
situations, emergency response, Fire and Rescue, severe weather, roads and
infrastructure development.

So it almost seems like they’ve not really understood the question.

Anyway, I must get back to work.

Top tip, keep one in your wallet, with your keys, in your day bag.

They are almost throw away price nowadays

I’m not sure how I (and probably most other FPV pilots) feel about things like this, probably 90% of the places I fly I shouldn’t be.

i do this often. I now carry a spare but last time i forgot both the one for the goggles and the wallet with the spare in

I once forgot my drone, left it in the kitchen!

I once spelt my name wrong during a maths test.

I’ll get my coat!

Couldn’t you fly from the street and over the area?

I’ve made quite a few schoolboy drone errors! My favourites are … leaving the controller cable at home so I had to fly blind with no fpv. Managed to some good footage somehow but I took ages to realise why I couldn’t fly it more than a small distance from take off (dji limit distance from take off when not tethered to screen in case you also didn’t know that)
My other favourite was losing signal and wondering why it wasn’t returning to home after 12 secs. I made a quick drive up the road to get closer to where drone was and try to re-establish connection, only to find it still hovering in place. I then realised that the previous flight was in woods and I’d selected it to hover in the event of connection loss.
Every day’s a school day!

I’d like to apologise @PingSpike you must think I’m a proper schoolboy by completely dismissing this! I really wasn’t thinking clearly was I…I will get Beacon Hill added! I’m sure it can probably be flown with the right permissions.

At least I made a schoolboy error in a thread about school boy errors! I’ll give myself a wedgie.

I’m sure it can probably be flown with the right permissions.

You don’t need permission, just take off from public land and fly over get your photos and videos and fly back

as long as there isn’t a flight restriction zone you’re golden especially if you’re flying a Mini sub 250g drone.

Use https://dronescene.co.uk/ to plan your flight