Can anyone tell me why my Samsung Galaxy Tab S performs like this ?

You tried another cable.

Is that an adapter you’re using , I find them very hit and miss

Ditto - re adapters - as I mentioned the other day.

Connectors are notoriously unreliable. Use with caution.

It’s with every cable I’ve tried 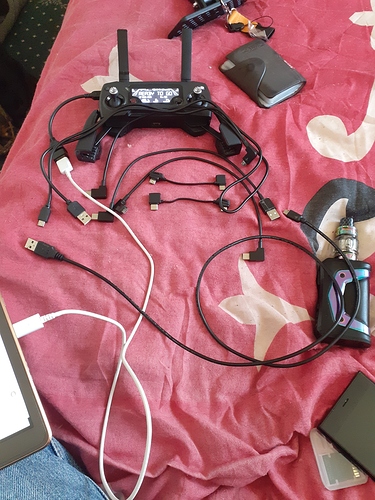 Could be an iffy socket in the phone.

Tried both buddy, side and bottom of controller and all the same, with and without adapters

Got to be a faulty socket on the device then?.
Have you tried a re-install of APP?, (looks like “Litchi”)

Yes mate, it’s the same on Litchi and DJO Go4

Hi Dave @Matty1
As this problem manifests across different apps and cables, this looks to me like a ‘in tablet’ issue
At a guess I’d say it’s screen connection to motherboard, they use very thin flexible ribbon cables with tiny connectors that can work loose.
Try using it without the DJI controller, as just a day-to-day tablet and see if problems are still there
Let me know how you get on
Cheers
Steve

I don’t think so otherwise the overlay of the telemetry and onscreen functions would also be affected.

Possible cause is a bottleneck in the way the digital video stream is passed over USB and handled by the GPU. The Tab S was originally released about six years ago and was originally sold with Android 4.4, I believe the last OTA upgrade was to 5.0 sometime in 2015.

I have a Samsung galaxy Tab S2 and it is a total nightmare. It worked with my Phantom 3 Standard with a wifi connection but it is very hit and miss with the Mavic. I tried various suggestions but sometimes it works, sometimes not. I cant even get a connection now no matter what combinations of messing about I use.

I had temporary success by switching on the drone and controller, waiting until they were talking to each other, then connecting the tablet and switching it on. Then I got my connection options flashing at the bottom, so then I switch it off, then on again while still connected. However, even this doesnt work anymore. It worked in airplane mode once, but no fix seems to last so I wouldnt trust flying with it, much too unstable.

I have come to the conclusion, judging by lots of others with problems, that Samsungs do not work happily with DJI drones, even though they are recommended.

I am looking for a second hand I pad as I have given up on the Tab S2.

Luckily, I can run it fine on my old Cubot phone!

Good luck, persevere -but at least you know its not your drone!

I knew it wasn’t my drones Andy

works perfect on my Sony Z1 so just purchased a cheap 7" tablet for next to nothing, just to try it

Let us know if it works and tell us the make and model if you would. I am looking for something cheap and cheerful. I would rather stay with android as I have Litchi for android and I am reluctant to pay out for the I phone version!

I just stumbled by accident this thread while searching for something else.

The OP of the thread had this similar issue. 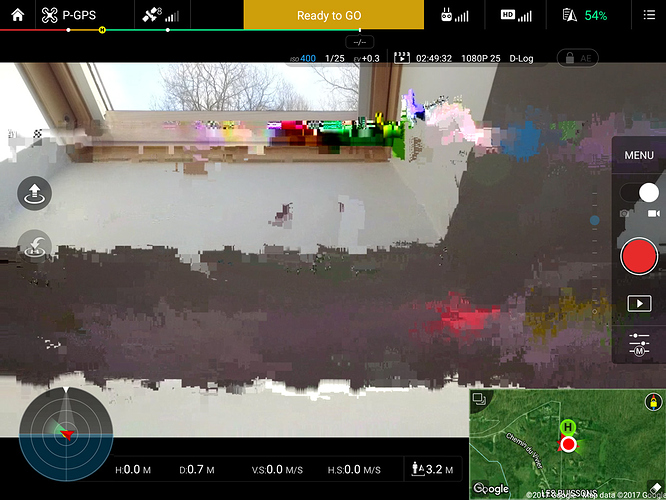 lmao, it logs in to both Litchi and DJI but won’t sent a picture out lol, all settings are there but no pic from the tablet, ohhh well looks like an iPad when I can afford it

Plenty of Android tablets do work.
Such an old iPad could also be problematic.