Been on my list for a few years to go and have a look at this Submarines, many thanks to @Proteous for his help and guide a year ago for UB-122.

A little bit of history:
UB-122 was a German Type UB III submarine or U-boat in the German Imperial Navy (German: Kaiserliche Marine) during World War I.

She was built by AG Weser of Bremen and following just under a year of construction, launched at Bremen on 4 March 1918. UB-122 was commissioned later the same year under the command of Oblt.z.S. Alexander Magnus. Like all Type UB III submarines, UB-122 carried 10 torpedoes and was armed with an 8.8 cm deck gun. UB-122 would carry a crew of up to 3 officers and 31 men and had a cruising range of 7280 nautical miles. UB-122 had a displacement of 512 t while surfaced and 643 t when submerged. Her engines enabled her to travel at 13.9 knots when surfaced and 7.6 knots when submerged.

UB-122 made two patrols during WW1 but failed to sink any targets.

UB-122 was surrendered to the British on 24 November 1918 in accordance with the requirements of the Armistice with Germany. More than a 100 submarines were surrendered at the end of the war and were taken to Harwich. Some were sent to the French Navy but most were cut up for scrap metal.

Records show that the diesel engines were cut out of UB-122 and reused in a cement works at Halling in Kent. It is not known how the submarine ended up on the mudflats of the Medway but is assumed to have been there since 1921. It’s likely that it was being taken up the Medway estuary to be broken up for scrap and perhaps in a storm it parted from its tow and drifted to it’s current location.

In a storm in 2013, the wreck became much more visible than it had been.

You can see it from the launch point, make sure you check the tides and weather. 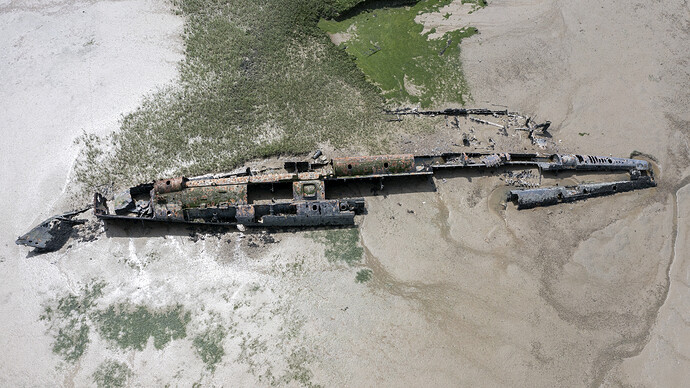 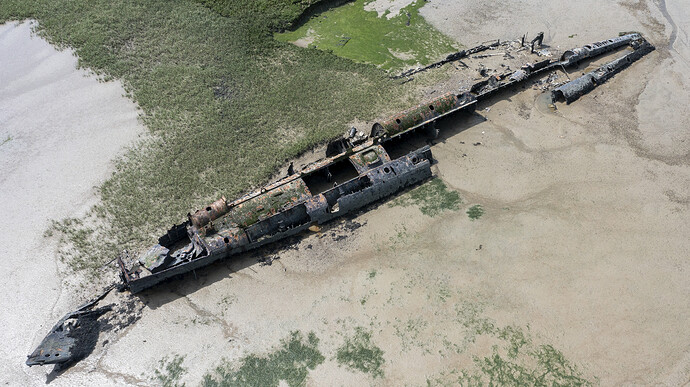 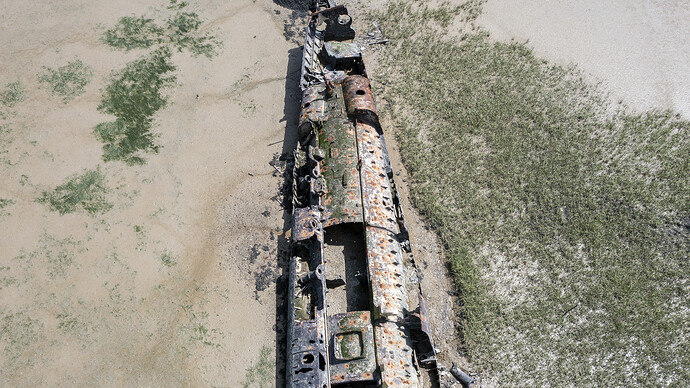 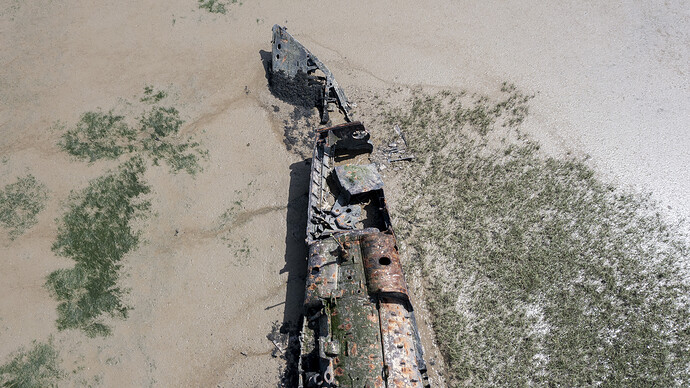 Where was your launch point please?

Hi, If you look in the thread above, I have linked a post by Jay, it has google images of were to park and also were to fly from. Good luck. With my M2 it was approx 3400ft from launch and I only used half the battery, after flying around it for around 10 mins.

Thanks for the info