Sudeley Castle - Added to Castles and Fortifications in South West 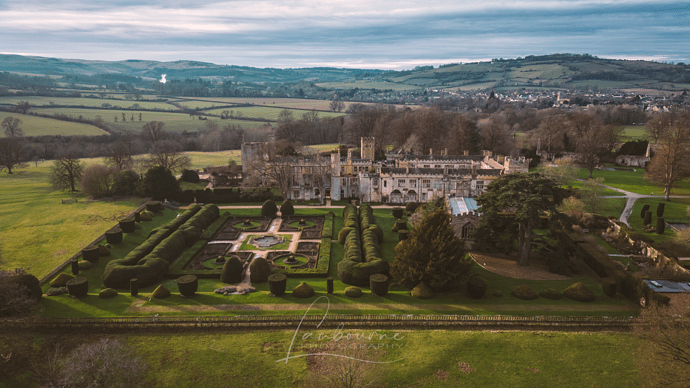 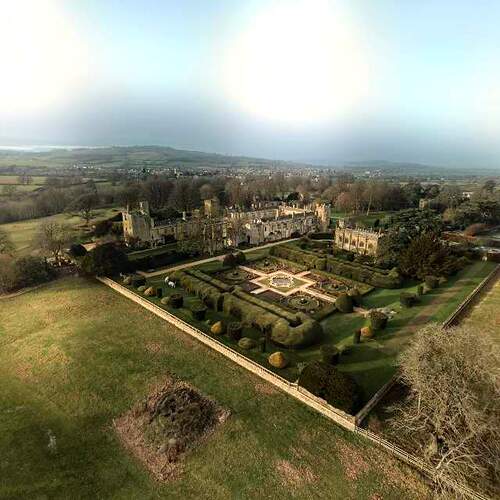 The castle is 1km southeast of Winchcombe and can be accessed from either Vineyard Street or Castle Street. The castle is currently closed, so I couldn't access the car park next to the castle. Instead I parked on Vineyard street and walked up the road, past the Gatehouse and across Beesmoor Brook. Good boots are advised.

Today Sudeley Castle remains the only private castle in England to have a queen buried within the grounds - Queen Katherine Parr, the last and surviving wife of King Henry VIII – who lived and died in the castle.

Henry himself, Anne Boleyn, Lady Jane Grey, Queen Elizabeth I and Richard III have all played a part in Sudeley’s story. King Charles I found refuge here during the Civil War, when his nephew Prince Rupert established headquarters at the Castle. Following its ‘slighting’ on Cromwell’s orders at the end of the Civil War, Sudeley lay neglected and derelict for nearly 200 years.

Then in 1837, Sudeley was rescued by the wealthy Worcester glove-makers, brothers John and William Dent, who began an ambitious restoration programme, which was continued by their nephew, John Coucher Dent, when he inherited the castle in 1855. His wife, Emma Brocklehurst, threw herself enthusiastically into Sudeley’s restoration, at the same time forging strong links with the nearby town of Winchcombe. It is the results of Emma’s dedication that are so evident in the gardens and exhibitions at Sudeley today.

Sudeley Castle & Gardens is now the home of Elizabeth, Lady Ashcombe, and her son, daughter and their families. The family is committed to the continued preservation of the castle, its treasures and the ongoing restoration and regeneration of the gardens. 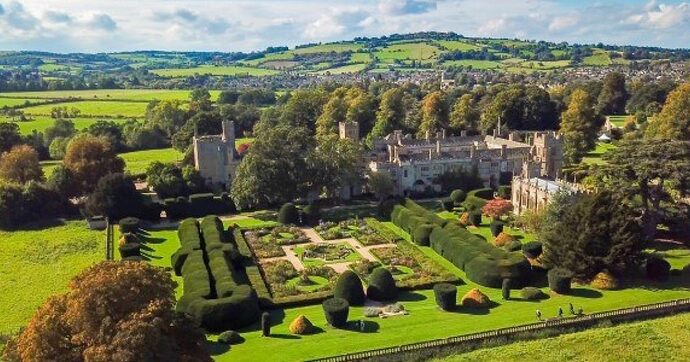 Sudeley Castle is rated amongst the top attractions for 'Things to do in the Cotswolds'.

The originator declared that this location was not inside a Flight Restriction Zone at the time of being flown on 22/01/2023. It remains the responsibility of any pilot to check for any changes before flying at the same location.