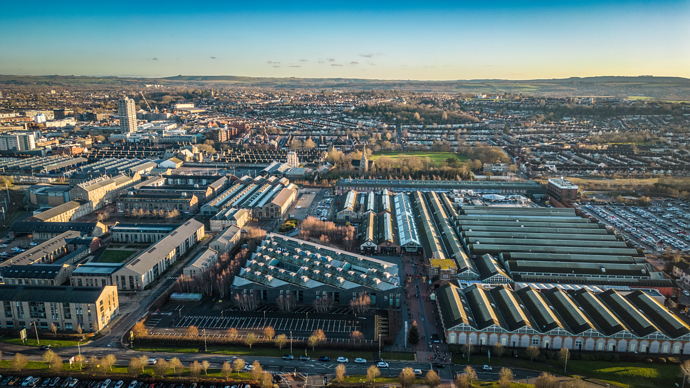 Love this place, so much history. Now a massive shopping centre and the home of National Trust and the Steam Museum. If you are in the area, it is well worth a visit.

Swindon Railway Works opened in January 1843 as a repair and maintenance facility for the new Great Western Railway. By 1900 the works had expanded dramatically and employed over 12,000 people. At its peak in the 1930s, the works covered over 300 acres and was capable of producing three locomotives a week.

The railway dominated the fortunes of Swindon until after the Second World War, when new industries moved to the area. The completion of the last steam locomotive for British Railways – Evening Star – at Swindon in 1960, marked a watershed in the history of the works, and in 1963 a large part of the old carriage and wagon works on the eastern side of the Gloucester branch line was closed and sold for redevelopment.

Despite a brief renaissance in the 1970s, the works finally closed in 1986.

The purchase of the works site in 1986 by Tarmac Properties offered the opportunity to redevelop a large part of Swindon that was largely unknown to its population. Surrounded by high walls for most of its history, few Swindonians – apart from those who worked there – had much opportunity to view the heritage which had played such an important part in the development of their town. What also became apparent was the significance of the architectural heritage, which had survived the 150-year occupation of the site by the GWR and its successors. It was within this context that the building now housing STEAM was renovated. 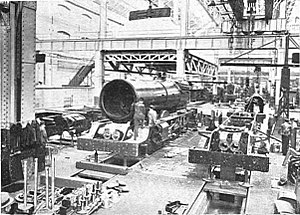