The development of Drone Scene continues!

Hot on the heels of our update a couple of weeks ago that saw National Trust layers and Satellite base maps expand the feature set, we’re pleased to announce another update to Drone Scene!

Some notable changes in this release see the addition of a Search Box. 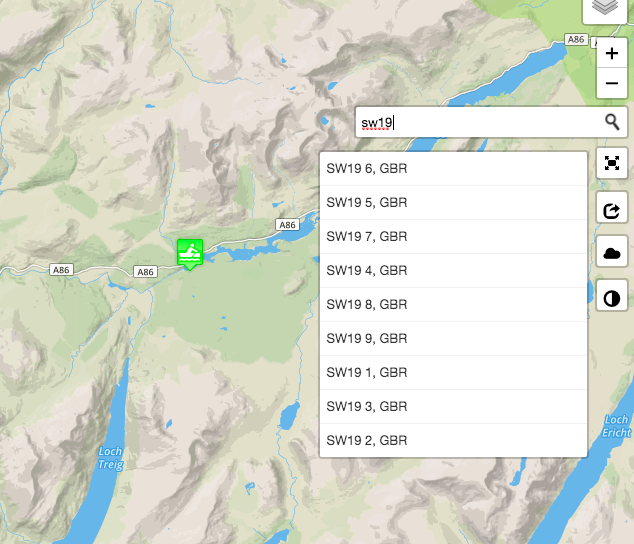 You will also notice that we now display the co-ordinates of each Location that GADC members have added.

This should be ideal for using on other mapping applications and/or entering in to your sat nav: 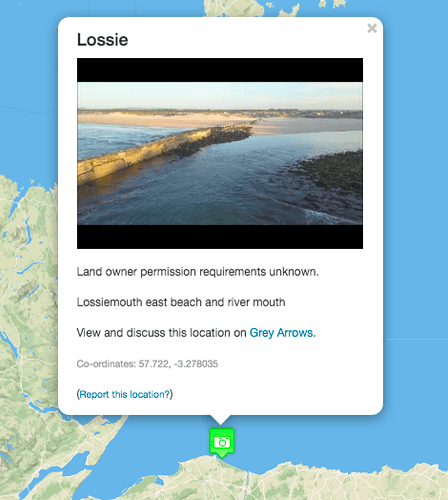 Another great change that we’ve made is to cluster the Location markers.

Displaying several hundred markers on the map was making it look very cluttered: 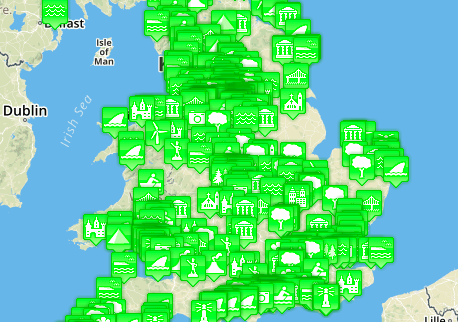 We now cluster them in to neat groups! 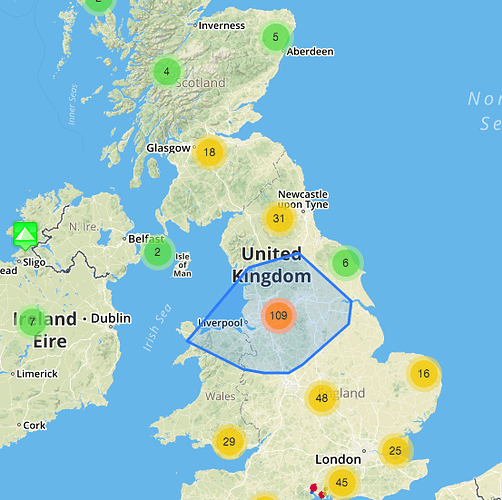 You can simply click on a cluster to zoom in and expand it, or simply pan and zoom around the map and the clusters will automatically expand and contract as you go.

We’ve also changed the way we handle the adding of Locations when they fall inside a FRZ.

Previously you needed to tick a box to confirm the Location was not inside a FRZ. This was counterintuitive as some Locations inside FRZs can be flown perfectly legally with the correct permission having been obtained.

We now ask you for a few more details about the flight itself: 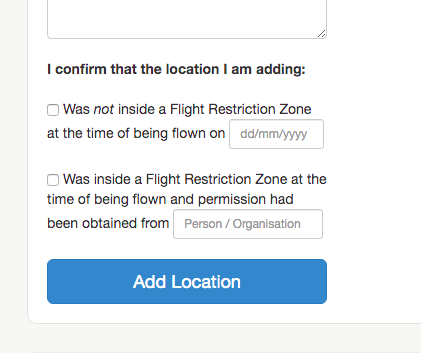 We also squashed a couple of bugs and made a coupe of minor changes elsewhere.

For the technically minded / curious:

As always, we hope you enjoy these new features and please do keep adding your locations to the map!

Yeah - Rich codes, and I pick the holes in it. #GreatTeamWork

I have to say, Rich has done a fantastic job. It’s all become really tidy and slick.

This just keeps getting better and better

Glad to hear it

Rich codes, and I pick the holes in it

Which reminds me, I must ask for that Devil’s Advocate card back

Loving the cluster aspect, and that I’m basically the cause of one of them

It really is a superb piece of work. Well done.

We’ve made some more changes to Drone Scene today.

You guys are relentless! Thanks for the hard work, it’s a brilliantly useful tool

You can now submit a flight report to NATS, directly from Drone Scene

We’re hoping this new feature will be quite self explanatory but in a nutshell:

That’s it - as simple as that!

You only need to link your account once, not every time.

Oh, forgot to say, we’ve also done away with the red/yellow/green banner at the top of the page which tells you to zoom in to reveal more detail.

This notification has now been moved to inside the map itself, as previously when viewing the map in full screen you couldn’t then see the message telling you to zoom in

Also, an added bonus for the the Android users amongst you.

After (with more screen real-estate available):

Apple users (myself included), sorry everyone, they fucked shit up after iOS7 and we no longer have this available to us 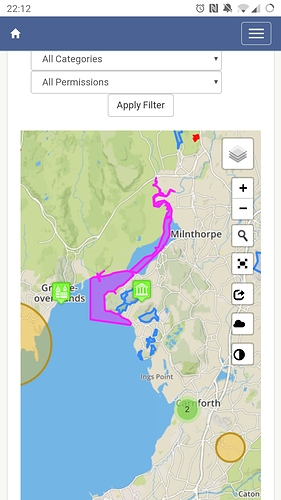 Screenshot_20200211-2212181080×1920 519 KB
This is a screenshot around Arnside, Cumbria. The purple area, marking the estuary, I’m 99% sure wasn’t there when I checked about a week ago. Can’t find an explanation of the colour code to know what it’s for and clicking in the area doesn’t pop up an explanation.

There’s a similar shading along the west coast north of Barrow-In-Furness.

Can someone point me to an explanation or tell me what it means? The areas are not marked Drone Assist / Guardian.

If you turn off individual layers (hint - Foreshore and Estuary) you’ll see which section something belongs to.

The features recently added to DroneScene, including this one, can be read about above.

I changed & applied the filter to.just Places of Worship expecting only Places of Worship to be displayed but it didn’t change anything, everything is still displayed including the coast & estuary markers. I’m on Android launching from a saved icon on the home screen i.e. web app. 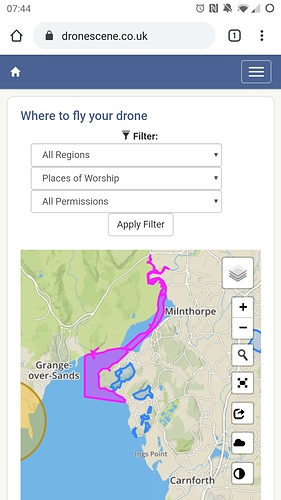 … and that purple area has gone … as would any other of the layers if deselected.

Thank you, I didn’t check the layer option thinking it was the usual road/satellite/terrain option for the map display

Sorry to appear a bit dim but is this saying that the marked areas are good areas to fly? The coastal markings going north from Barrow overlap with a danger area so I’m a little confused as to what it’s telling me.

Dronescene has merged information from several sources (including Altitude Angel, National Trust and Crown Estates) to provide the only single resource where all this information is available on a single map … *real-time *… to save the pilot from having to preform multiple researches and merge that data themselves.

The Crown Estates map data, from which the foreshore areas in Dronescene are obtained, only gives the locations of their own acceptance of drones, without reference to other rules or restrictions, as would be your take on the situation were you to research the flyability of a location using JUST their map.

And it is in this manner that the overlapping data should be interpreted.

Areas may overlap with all manner of other restrictions totally out of their control, or their interest.
Some overlapping restrictions may only be during certain hours and between certain dates, in others permission to fly may be obtainable, or they may be advisory.

The pilot’s job is to determine the net restriction that applies to his proposed flight at the time he wishes to fly, and obtain permissions where necessary. Dronescene just saves the pilot from having to go to multiple maps to be informed of the same information.

Not sure how easy the data might be to get hold of, but any chance of a layer for the National Trust for Scotland properties being added to your long list of future features? NTS seems to be a little more relaxed about drones than their southern cousins, but they still have restrictions and some of their ‘properties’ cover entire mountains.

They do have a dataset (Marine Scotland has it) but I can’t see it on the National Trust for Scotland website.

(edit: Historic Scotland as well, if you’re bored and looking for something to do.

They don’t allow flying from their land, but can be difficult with some sites to judge where their land ends and public ground begins)