A few short weeks ago we announced a major update to our Drone Scene web site.

With that update came live, real-time, data layers from Altitude Angel - the same people who supply NATS and DJI with airspace data.

To date, we are still the only drone club in the world to licence real-time GuardianUTM data directly from Altitude Angel.

Well, no sooner had we launched that update than work began on the next set of upgrades

Then please do check it out right now:

The first thing you’ll notice when looking at the new Drone Scene is the addition of some extra base maps.

In the past we’ve only ever used a regular “road map”. Which was great (who doesn’t love Open Street Map, right?) but a road map on its own isn’t always brilliant. Therefore, sitting alongside the road map you’ll now also find a Satellite base map, a Hybrid (road+satellite) base map and a Dark Mode base map too

The satellite base map is ideal for locating objects and places which may not be visible on just a road map: 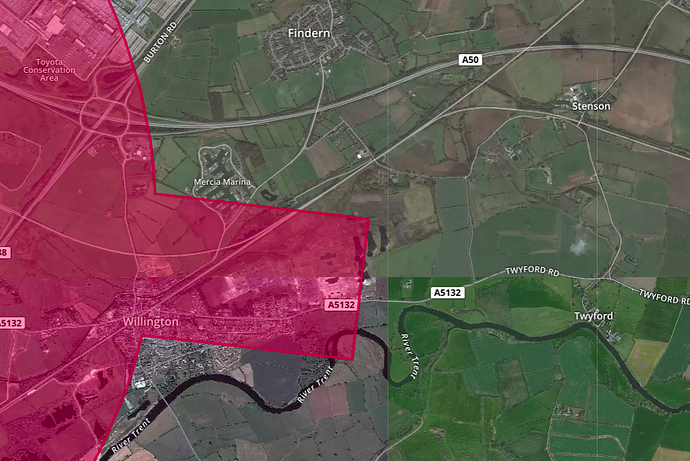 Another major addition for this update is a live overlay of National Trust land boundaries.

NT land boundaries don’t change very often so we did experiment at first with using a static KML file as an overlay. But due to the sheer amount of time it took to load (it was a complex file, 9MB in all) it provided a very poor user experience. One that we didn’t want to put our name against.

As National Trust offer open access to their data via a series of APIs we thought we’d take advantage of it. The end result is a set of layers which load much faster as it’s only loading the data for the visible map area that you can see. Much better.

We also purposefully designed the NT data as an overlay, rather than as a base map.

This means you can pick and choose a base map first (eg. Satellite), then turn on the NT layer over the top and then turn on multiple Airspace layers too 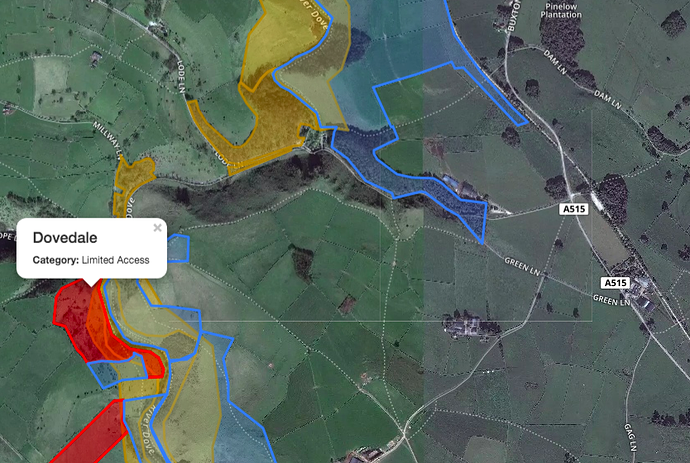 Not stopping there (as we were on bit of a roll at this point) we also decided to add a Crown Estate Foreshore and Estuary layer too.

As some of you may know, these guys are actually quite supportive of our hobby:

With the Foreshore and Estuary layer turned on, coupled with the Satellite base map, you’ll end up with a rock solid view of exactly where you can legally fly your drone. 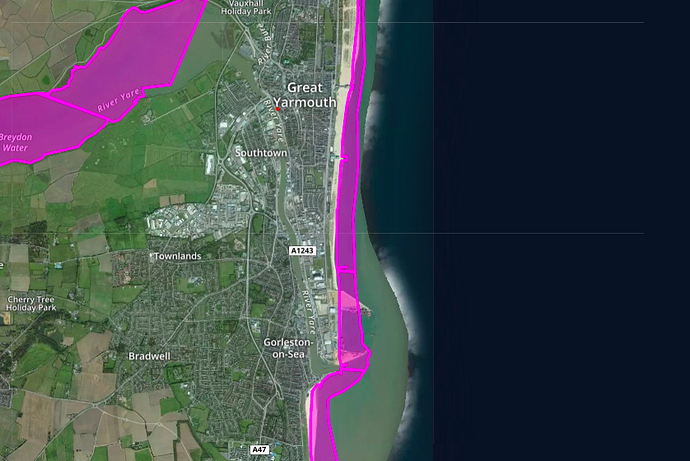 Along side these major updates we’ve also performed some smaller tweaks and changes. For the curious and technically minded:

The /about page has also been updated to provide much more detail about each of the new layers so please check that out if you’re looking for more information about what each layer does and doesn’t contain.

As always, we hope you enjoy these new features and please do keep adding your locations to the map!

Brilliant @PingSpike! Just tested it on my mobile, very responsive.

Fantastic what we need.

Excellent. Thank you for all the hard work.

I really must say an enormous Thank You for what you guys are doing with this site.
It’s amazing what you’ve achieved so far and is a fantastic resource for us flyers

Keep up the great work
Steve

If anyone has any feature requests for future versions, let us know and we’ll see what’s possible