Hi guys, I’ve been offline for a couple of days, as we’ve been travelling and along with the darned weather I like many others have been grounded.
Anyway we got moored up on a lovely stretch of the Chesterfield Canal not far from Retford, and as its a nice evening I thought I’d get back into the swing of things and deploy the mavic.
Now even though I live on a Narrowboat and water is my friend, I did not want to be fishing my new drone out of the drink.
So when it had come back from a great flight, and I thought it was going to try and land in the canal, I sh** myself and made a grab at it to hand catch it.
I suppose all would have been OK if I’d have caught it underneath and covered the sensors. But I grabbed it from the top.
Now for the “top tip” DON’T! Hand catch a Mavic 2 without covering the sensors.
Or just allow to land, and put trust in the technology that it’ll be ok with no intervention. 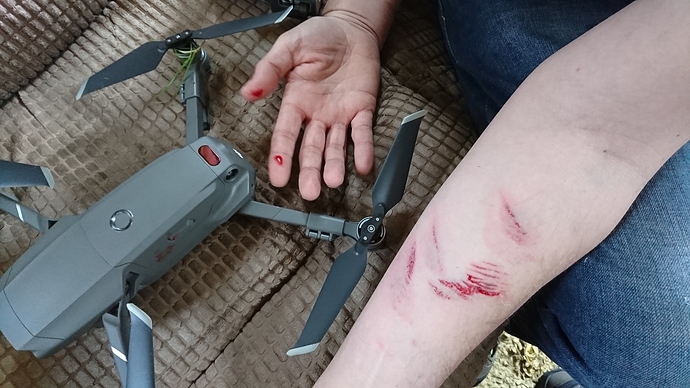 That looks like it hurts, hope you get better soon?

It looks worse than it is to be honest, but yes it bloody does hurt.
Time for a brew.
Cheers

I would suggest a good stiff drink ?

Curious as to what’s wrapped around that prop, looks like grass, how did that happen?!

We have a Plonker badge, for just such occasions

I have to admit, I’ve not yet been brave enough to try an air grab. Too many moving parts… As you’ve clearly learned

. Presumably no damage to your bird?

Ouch - the YT videos I’ve seen on hand catching a Mavic 2 all suggest to turn the lower sensors off and catch from underneath. Was hoping to have a go at this myself because I like to fly at the beach whilst I’m walking with the dog - think I’ll be getting myself a set of welders leather sleeves before I try. Hope it all heals up soon

No damage to the mavic, and yes it is grass wrapped round the motor, not much just a couple of blades of the green stuff when I put it down to the floor, forced it to land.
And yes I certainly am a “plonker” and a lesson learned, I shall not be doing that again!

Cheers for all your kind words.

Hoping to Fly again tomorrow morning, because we’re staying put in this location, it’s a perfect sun trap for the solar panels to charge the batteries.

I might even have enough to put the 240v on and do some washing lol. At least it’ll dry in the sun, after all the damn rain.

Also going to try out the dji goggles tomorrow for the first time, I’ll let you know how that goes.

Off topic ever so slightly for a moment, but how do you get 240v on a canal boat @Marty086 ? Generator? Inverter?

This post by the way, should be the “top tip” for this thread

Why was it going to land in the canal? Low battery?

No battery was great, it was on rth, and I thought it was getting to close to landing in the water. I should have left it to do its thing, because it would have corrected the course slightly and landed as per the GPS home point.

Off topic, 240v on our narrowboat is via a inverter.

Don’t think I ever let RTH land my drone. I normally take over when it’s close by, especially for the landing. 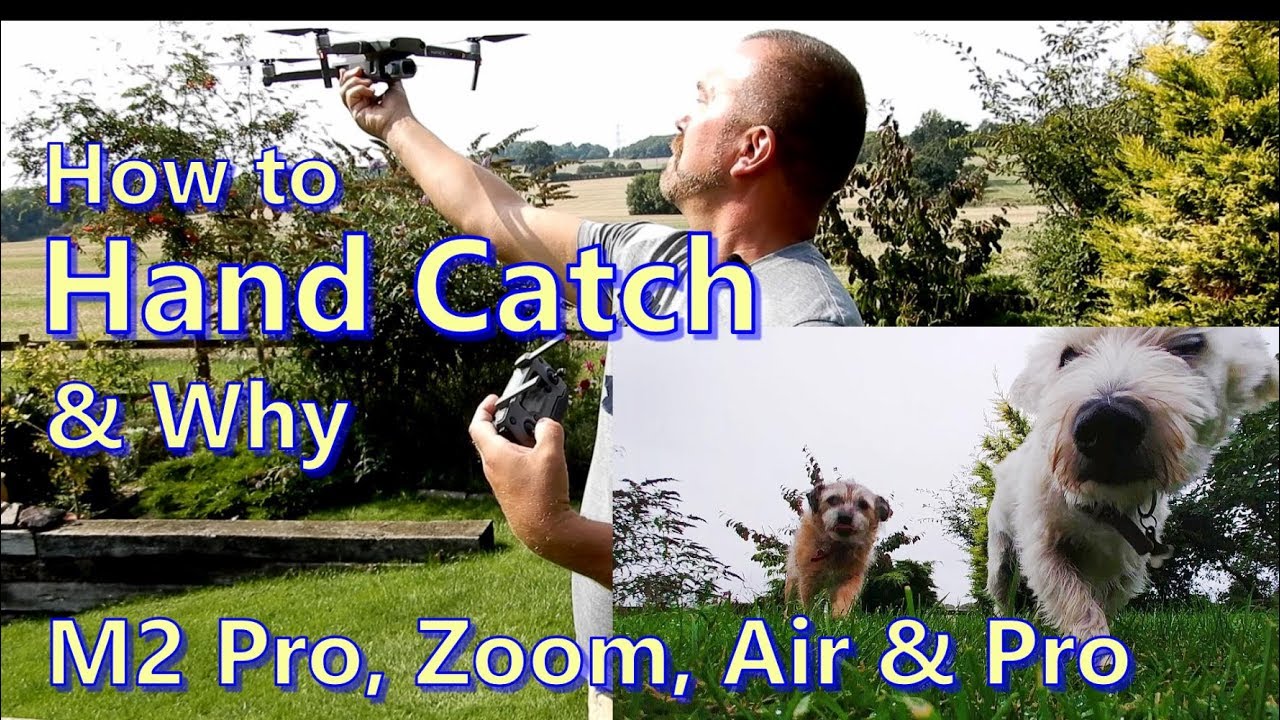 again a bit off topic how do the other boat people respond to your flying, my ex now lives on a narrow boat and I can just imagine her reaction if a drone came anywhere near her floating pride and joy.

I tend not to Fly anywhere near anybody else including boats, it’s not right to disturb other people’s lives and pleasures.

Tried it one time and got the same results … Your right . It hurts .

So you don’t get out much …

Ok also a bit of topic
Daytime telly
If I was an agoraphobic watching critical incident where the police on duty being attacked . Would I want to go out