Two Drones flying in one location?

Hi, I went to get some footage of a new Ferris Wheel on the Pier in Llandudno. When I arrived another guy already had his drone up filming the same subject. It was just before sunset and I was hoping to film it with the setting sun… I waited until he had left before I put my Mini 2 up but by then the sun had set and the footage I did manage to get was pretty dark, although it did show off the Ferris Wheels light show quite well. As I’m fairly new to this my question is: I know it’s common sense because they could collide in the air but is there a code amongst us that you don’t fly at the same time as someone else at the same location?

I’ve posted the video I managed to cobble together but I think it’s too dark. 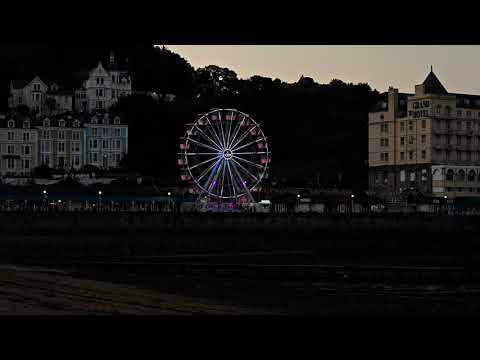 is there a code amongst us that you don’t fly at the same time as someone else at the same location?

another guy already had his drone up filming the same subject

If he was within earshot I’d have asked him what height he was flying at, then told him I’d be flying at ten meters above (or below) that. Problem solved

… crop-circles when they first appear. It’s similar to midges on the Scottish moors.

I’ve had other drones join mine in the sky above crop circles and sunset scenes. If I know where the pilot os, I’ll fly over to get their attention (if they can’t be spoken to), and hope they realise I’m there. On the past two occasions, we both kept reasonably far from eachother at different heights.

I’ve seen clips of collisions on YT, but I reckon it would actually be pretty difficult to do, even if you tried it. Having now said that, watch mine plunge into Southampton Water next time I try and snap a cruise ship, ha ha!

It’s actually started me thinking about how, with co-ordination you could photograph one drone from the other for a pretty cool shot. But that I think might be too risky and a recipe for disaster.

And this one is a picture of five drones, taken with a drone! [image]

And as for this:

I’ve seen clips of collisions on YT, but I reckon it would actually be pretty difficult to do

Hahaha nah not difficult to do at all, just ask @notveryprettyboy he crashed into me mid air. And at the big GADC meet up me and @SirGunner collided mid air in the middle of a gate. Lol

And at the big GADC meet up me and @SirGunner collided mid air in the middle of a gate. Lol

Haha still gutted that neither of us caught that on video

Anyways bringing this back on topic, you’ll have no issues with DJI camera drones being in the air at the same time. Maybe just a polite nod to the other pilot to say you’re going to be flying as well so that you’re both aware of each others presence. And if you’re flying within the drone code you’ll be in VLOS of your drone at all times anyway so a collision is extremely unlikely.

It’s actually started me thinking about how, with co-ordination you could photograph one drone from the other for a pretty cool shot. But that I think might be too risky and a recipe for disaster. 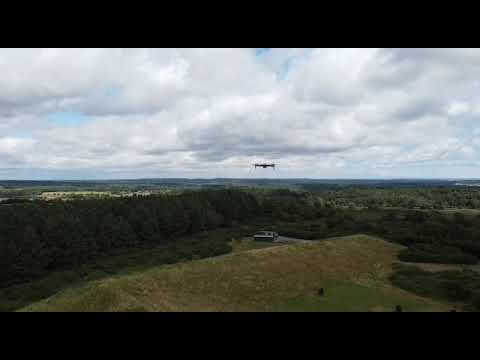 Similarly, from the same meetup that @PingSpike already mentioned: 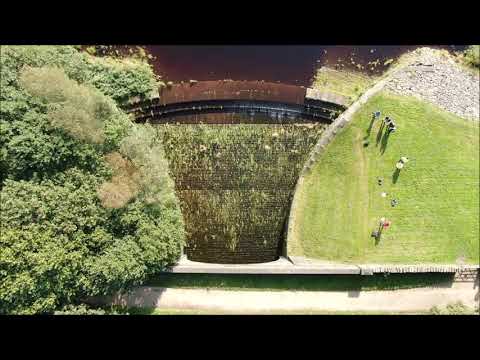 I was on Tenby Beach last weekend and was just finishing lunch when I recognised the whine of a drone powering up. I looked round and saw the drone (not a DJI or a Parrot) wizz off and up into the sky from a busy area of beach.
I glanced over occasionally during the next 10 mins or so and the pilot never kept any VLOS at all. He then flew it back to him to land and managed to lose control and end up crashing into the pebbles and sand and nearly into the family next to him.
Once I saw him pack it away, I then got my drone out and walked to a nearly deserted part of the beach to TOAL.
Just thought it was safer to A: be the only drone in the sky over the same beach, B: find somewhere public free to fly from and C: maintain VLOS.

Have never seen another drone flying wherever I have flown my Mini 2. In fact on al my travels I have yet to see another drone in the air. Some may say, I am lucky, but truth is it would be nice to encounter another pilot. The UK is a big place and there are plenty of locations where a drone is a very rare sight indeed. Just stand outide for a few minutes and you are more than likely going to see an aircraft, either private or commercial, be it a high flying airline, a privet jet or light aircraft, a paraglider, military aircraft or hot air balloon, it is something the majority of the public has grown accustomed to… and given time, I have no doubt the number of drones will increase to the point, where they too, are sighted as often as all the other traffic in he air, something most of us see every day, but many of us mostly ignore and we simply get on with our daily lives.

So I wonder how many drone pilots are there in the RG27 area, as I say I have never encountered a single one… YET

Firework show tonight on Blackpool Prom, 50 mts out to sea the sky will be like Piccadilly Circus, drones everywhere, if the wind and rain hold off that is.

Check out the members map, or post in the Meets section, people always up for a meet in my experience.

I think I saw that Drone smiling, just like this 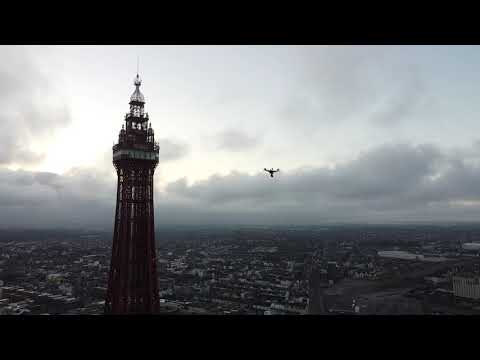