Hello, I am a newbie and trying to get my head around the UAV Forecast App Threshold Settings (I’ve got a Mavic Mini 3 Pro). I am happy for someone to educate me on this, or if you know any good resources for me to figure this out myself please point me in that direction too!

Basically, I am unsure what to put the following thresholds at:
(and to be honest, I am unknowledgeable about GPS satellites, and what is Kp?):

Go outside, see what the weather is like, and check a weather app

Start up the drone, and wait for “the home point has been recorded check it on the map”

A bit more info on KP 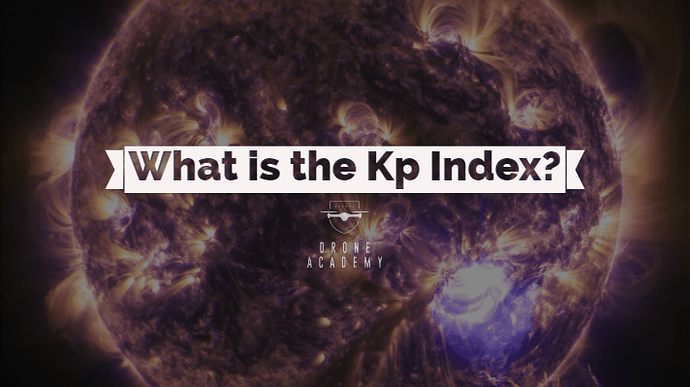 What Is the Kp Index and Why Does It Matter to Drone Pilots?

What is the Kp Index and how does it impact drone operations? Exploring geomagnetic activity and its impact on GNSS/GPS guided drone flights.

Looking at the settings, just beside the Kp box there is a question mark, clicking on that you will find the following explanation:-

Q. What is the Kp index, and why does it matter?

The Kp index measures geomagnetic disruption caused by solar activity, on a scale from 0 (calm) to 9 (major storm). Anything at or below 3 or 4 is usually safe for flying. The higher the Kp index, the more likely you are to have diffulties getting an accurate GPS lock.

Solar activity interferes with GPS signals in two ways, both due to disruptions in the ionosphere:

Even during a major storm, the extent to which you see these problems will depend on many other factors. One major factor is your latitude: ionospheric disturbances are worse at high and equatorial latitudes, and less noticeable at mid latitudes. Another factor is the time of day: most disturbances occur in the evening between the hours of 8pm and midnight. The effects also vary; sometimes everything will be fine, while at other times you’ll lose lock completely for a few seconds or even a minute, or appear to have a lock but the position will actually be wrong by hundreds of feet.

The storms can also interfere with radio control signals, or with electronics of your aircraft.

In general it’s better to play it safe during solar storms, even though most of the time you won’t notice any issues. Happy flying!

For a nice research paper demonstrating the effect of solar activity on GPS, read Impacts of ionospheric scintillations on GPS receivers intended for equatorial aviation applications by Groves et. al.

Thanks. I’ll check those ? marks out right away !! should’ve known!

Thanks! Also, just to double check. I am using the manufacturers guidelines for thresholds. so for example the max speed resistance for the DJI Mavic Mini 3 Pro is 10.7 m/s, so I’ve set my threshold on UAV Forecast to 10 m/s (should I be a bit more cautions and put it at 9 given I am just starting out and to be air on the safe side)? It’s stuff like this that I’m a bit unsure about with some of the other values (ie. how many satellites should I put down for a minimum? I’ve put 3 but I have no idea if that is correct).

This is sound advice @foginwater

If the multi million pound supercomputer that the met office uses can’t get the weather right at ground level, no smartphone app will ever get it right at 400ft

Thanks all. I am defo taking all this advice onboard, and you’re right, no point hiding behind an app! Gotta just get out there and do it. But still keen to know more about what these thresholds mean and what ideally to set some of them on. Specifically the following:

One thing you can guarantee, the app will be wrong. You can feel the wind so start off in a light breeze and keep flying in stronger winds. Start low & slow, see how it behaves and make a decision. There’ll come a point when you’ll feel unsafe flying.

Always beware wind speed increases the higher you go, you’ll get used to that if you fly more than a few times in the same area.

Unless you’re @clinkadink but that’s another story.

Good advice.
I can’t recollect ever not seeing “Not Good To Fly” on my UAV App but then I’ve stopped looking.
It’s currently showing 84% cloud cover with a clear sky and with a gentle breeze at ground level it says gusting to 26mph at 30m.
If the ground wind feels OK watch the drones behavior to check for excessive wind shear as you gain height . Point into wind and see what headway you make. If none it’s too strong and time to descend.
Your own senses are better than any forecast

the reported conditions in these sort of apps ,are really a generalisation of what the weather is doing in your location ,and are based on lots of data gathered from many sources, they are really not an accurate portrayal of the localised conditions
where you are at the time
the best way to decide on whether or not you fly at a particular location ,is to observe how fast the clouds are moving across the sky how much movement there is in the trees ,whether there are any storm clouds heading your way ,
and if flying in places with large terrain height changes ,such as valleys ,or steep mountains around you then be aware that the wind can be affected by such terrain, and cause updraughts as well as downdrafts, and also sudden changes in wind speed and direction, at different heights , all these factors can impact on whether or not your flight has a successful outcome or not

I have found that the newer ‘compass / attitude indicator’ element on DJI Fly app is more useful than the older mini map interface.

One of the items it displays is the attitude of the drone. Keeping an eye on how much the drone is tilting (to fight the wind) can be a good indication of what’s going on higher up 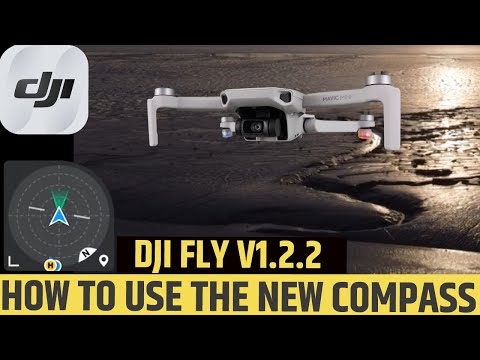 I have found that the newer ‘compass / attitude indicator’ element on DJI Fly app is more useful than the older mini map interface.

You are right, I always use the compass, it tells me everything I need to know about the drone in the air

Its just a glorified weather app and isnt overly accurate. No more so than elsewhere.

So use it as a guide but then when you get to the place take a look around yourself and if its not too windy, or raining then fly.

Precipitation probability is “is it likely to rain”. Meaningless as a threshold.
Cloud cover the same - cloud is unlikely to be an issue at drone heights.
Visibility:- just look around you. Is it foggy or not.

GPS doesnt matter - if the drone has enough sats and a good lock then fly. If not don’t or wait. App wont help there.

Kp irrelevant as we’re not flying at the north pole.

Daylight hours…Err do you want to fly in daytime?

The only useful thing on there is set the winds altitude to about 500ft to get an idea of winds at a typical drone height. Even then employ common sense when flying.

An app is nothing more than a weather forecast. Everything else comes down to common sense and personal judgement - an app cant help there.

Just out of interest, what’s a “Mavic Mini 3 Pro”?
Never heard DJI call it a Mavic drone at all. 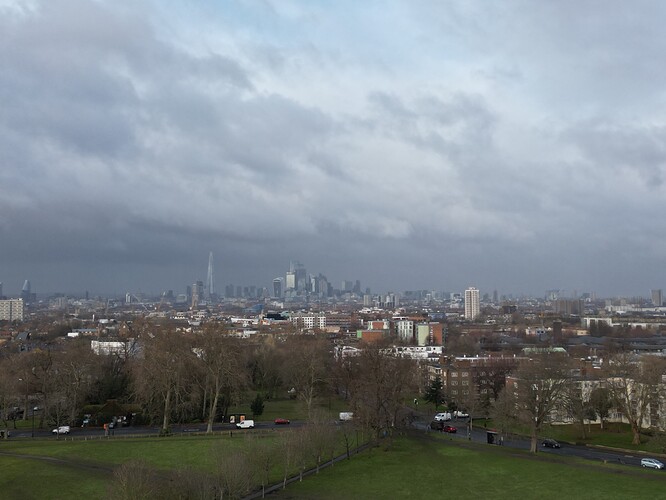 My first flight! Thank you all for the advice and also for the gentle nudge out of the nest.

If the wind at height is too strong, you do get warnings on the screen. Drone works this out from GPS coordinates and how hard it’s struggling to maintain the coordinate or fly forward.

Edit, drone software works it out

UAV Forecast is just there to assist you. The data is ‘best guess’, not gospel. It should not dictate whether you fly or not, but instead, aid you in your decision making.

Put it this way, I only use it for potential wind speeds in a specific area - and only if I am out of the house. Otherwise, I would use sites such as Ventusky, which I find more accurate and better for overall flight planning. It is also available as an app. Another good one is Windy.

I never use UAV Forecast at my ‘Current Location’. As others have said, look out the window. You can see the visibility, clouds, rain and look to see whether the trees are moving to check how windy it is. No app can better this method.