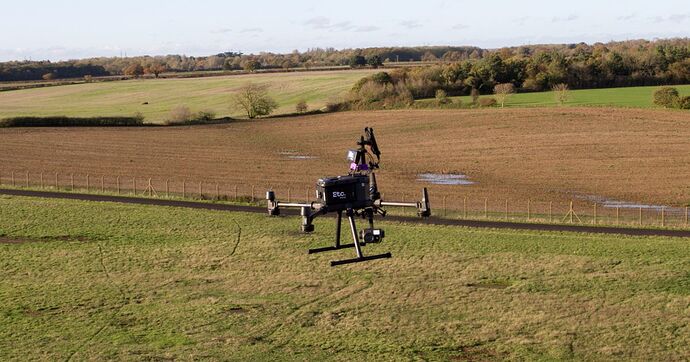 Especially as it beer and sandwiches money first as always.

Seems a bit far fetched if the goal is to reduce lorry numbers.

How many drones is it going to take to remove just one lorry from the road.

For the life of me I can’t see how this’ll work unless private airspace users are heavily disadvantaged. God luck to us if this scheme is deemed successful.

Its all hear say rubbish about developing the software

It has no approval 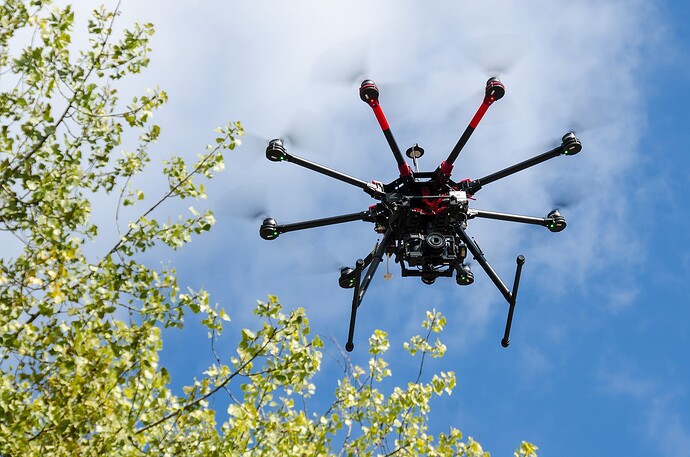 For comparison, the max payload of a Chinook helicopter is around 10 tonnes

You’d need a LOT of BIG drones to make any dent in the number of trucks on the road ! Anyone who has ever heard a Chinook fly over will know how intrusive such a ‘superhighway’ would be

The ‘story’ is from the Mirror

Always amazes me that people think taking to the air is a solution - flying cars/taxis/suits, drones for cargo etc. It’s totally flawed - trying to do anything in the air is so much more expensive and difficult. We moan about drivers on the roads - imagine those same people with a 3rd dimension to handle

Seems a bit far fetched if the goal is to reduce lorry numbers.

How many drones is it going to take to remove just one lorry from the road.

Particularly as majority of the route seems in line with the west coast mainline, which due to some new lardy dar fast train track being built that will never have the numbers originally forecast, so in order to get people on it passenger trains on the west coast mainline will probably get reduced making way for additional freight, and a single freight train can take dozens of lorries off the road.

Then again, what do you need to spend £5m on other than installing some transmitters! Perhaps its the money needed to bung to the Tory MP so he can dish the contract out to his mates to do sweet FA.

Is it April the 1st already?

That’s Max Gross Weight. Usually max out on axles before you get near to that.

I’m really not happy about the concept of Amazon and fellow tax dodgers using scarce bike paths for their wheeled delivery drones. Can one of those things right itself once it has been turtled?

I’ve started quite a debate here!! All I did was report what seems to be a fairytale, not exactly Back To The Future II is it?

The kids will love it !

Great new opportunities to shoot things down with catapults and

This is what all those computer war games have been training them up for.

Yet the CAA won’t let us hobbyists and casual fliers go beyond vlos, because we can’t see the orientation of our drone. I bet my mini 3pro weighs less than 5% of these super drones, that will fly even higher in the air than I’m allowed. Does this mean the CAA are going to trust new technology, whilst not trusting the technology we currently have at our fingertips ?
My personal thought is they are opening an even bigger can of worms now.

This is exactly why the CAA is making all these new regs to limit what the hobbyist can and cannot do. They are moving to prioritize big corps with money that want the space. That’s business that will result in taxes via revenue to the UK government (unless you are Amazon of course

We the hobbyist are an inconvenience.