I’m interested or at least curious about flight using waypoints, a few of questions spring to mind

How accurate is it (I know GPS is more accurate in horizontal positioning than it is at measuring height, though these little birds seem to have some sort of majik in side that keeps height nicely (Baro sensor?)

And…(opinions will of course very, which is a good thing) what software does it best?, or is it worth waiting till DJI implements it on the machine I have (M2) and using that?, I have read that it is enabled on the original Mavic

Lastly what do people use waypoint flying for?
I can imagine land surveys and perhaps Search and rescue

For waypoint flights I use the Litchi software.

The main reasons for waypoint/Litchi?

Whilst GPS height is never perfect - our drones use a cross reference with a barometer to make waypoint heights achievable within a metre.

Lastly what do people use waypoint flying for?

Personally, I’m about to start using it to take photographs of a road the council are building in my back garden.

A waypoint mission will allow me to capture multiple photos over a period of time (2yrs) from the exact same geographical locations, the same heights, the same orientations and the same camera pitch angles. I’d never manage that for ten locations, manually.

So the repeatability is what sells it for me

Cheers both, seems to be most people recommend Litchi (sounds like some sort of Japanese food to me)

Ozone, after trying a couple of the pre-programmed manouvres in the Go4 app I can definately see how the Mavic can manage smoother flight than when I intervene (barmans hands…look at me/don’t look at me)

Ping, that’s a good point about repeatability,
A shame about the road in your Garden though, does not sound good.

Yeah, I know, Rich gave an example for why you might use the repeatability.

Still on discount if you’ve not bought yet …

Yea ta, bought it yesterday, won’t be using it for a bit though, I want to make sure I have more experience of the manual handling before I start using waypoints.

Actually it’s the fact that the thing pretty much flys itself that I find hard, I’m happier when I am in full control of something…its weird but I’m getting used to it, just need the weather to sort itself out so I can progress

I did try out the POI intelligent mode on last flight…felt really strange seeing it do its own thing, but as discussed before it did a better job than I could have.

Was thinking of purchasing this OzoneVibe

I will leave it for now as £21.99 in Apple app store, I am not too fussed about it at this time, perhaps it will come down in price in apple apps.

It has appeared discounted on both platforms during the year at least one other time than Black Friday.

I’m kind of going through this too with my M2P.

Just getting to know how it flies/ handles as my first drone.

Been playing with litchi automated flight for a while,just a little tip to help build confidence in it.
I started out in a local football field and programmed a flight within the fields perimeter.
Flight speed-walking speed,flight height-1m above my head.ALWAYS had my finger on the sport switch as flicking into sports mode will kill the programme and the drone will just hover.
Slowly got higher and faster and built trust over 6 months,i’m pulling off some cool stuff.
Litchi has never let me down.
Previewing the flight in google earth pro is a great help too.
Am here if you require any assistance

My finger constantly hovers over the buy button for Litchi, I sadly missed out on the Black Friday deal.

I’m so interested in waypoints and have a few flights lined up (in my head).

Is Litchi that much better for waypoints than options on the Go4 app?

Is Litchi that much better for waypoints than options on the Go4 app?

GO4 for Mavic 2 does not support any waypoints yet other than for hyperlapse.

Waypoints 2.0 is on the way but I doubt it will be as refined as Litchis offering.

Well worth the investment then. Cheers for that

Using at the moment. It still impresses me!

Nothing cinematic - the flight was to test the mission so that I could fine-tune for another day when the weather’s as perfect again, so I wasn’t that bothered about anything other than composition so that I could improve it.
I even think it was still in manual focus after some night-time flying. LOL!

Other than rendering the 4k down to 720p so that it would upload quicker, this is the whole flight - all headings and gimbal movements completely done by Litchi.

Apparently the image of the fort on Google Earth is slightly out (or my perception of where the centre was) - hence why the circuit of the fort is not even/central (the main reason for the test flight) and also I’d set the central POI that it’s focussed on a little high so the sea isn’t always visible at the bottom.

But, most importantly, neither of these issues is anything to do with Litchi … Google Earth and my settings. Litchi obeyed them to the finest degree.

The great thing about Litchi is that I can sit at home (in the warm! It was chilly this morning!) and tweak the mission ready for next time. 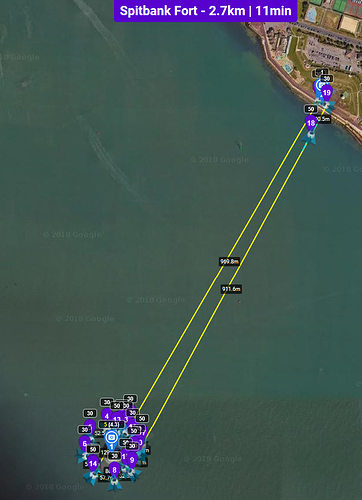 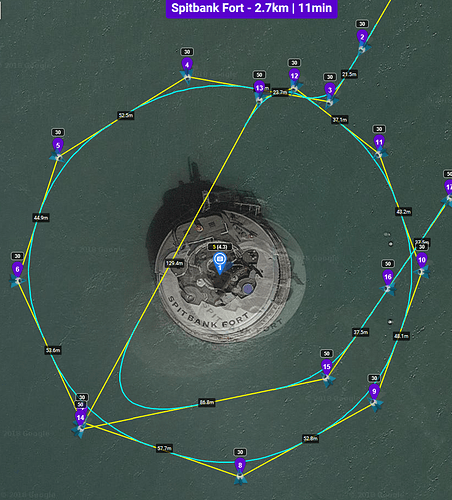 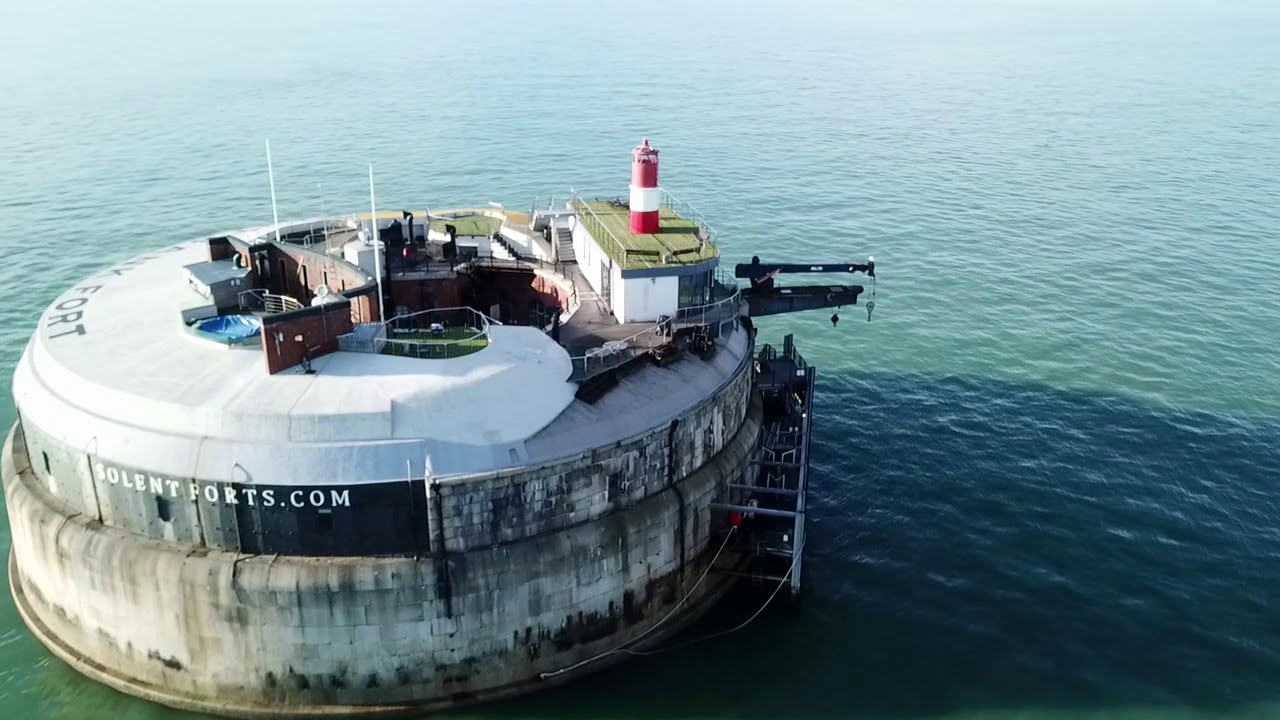 What Litchi does is make everything SO smooth - simultaneous gradual heading and gimbal pitch movements.
Also - speed changes - fast out (30pmh) - slow around (10kph) - fast back (30kph) - all set in the waypoint data - totally repeatable.

ALWAYS had my finger on the sport switch as flicking into sports mode will kill the programme and the drone will just hover.

Em…just trying to get my head around this…will the drone be in GPS mode when you use Sport mode switch to kill litchi ?
Is DJI not actively working on breaking third party apps ? Have they done this ?