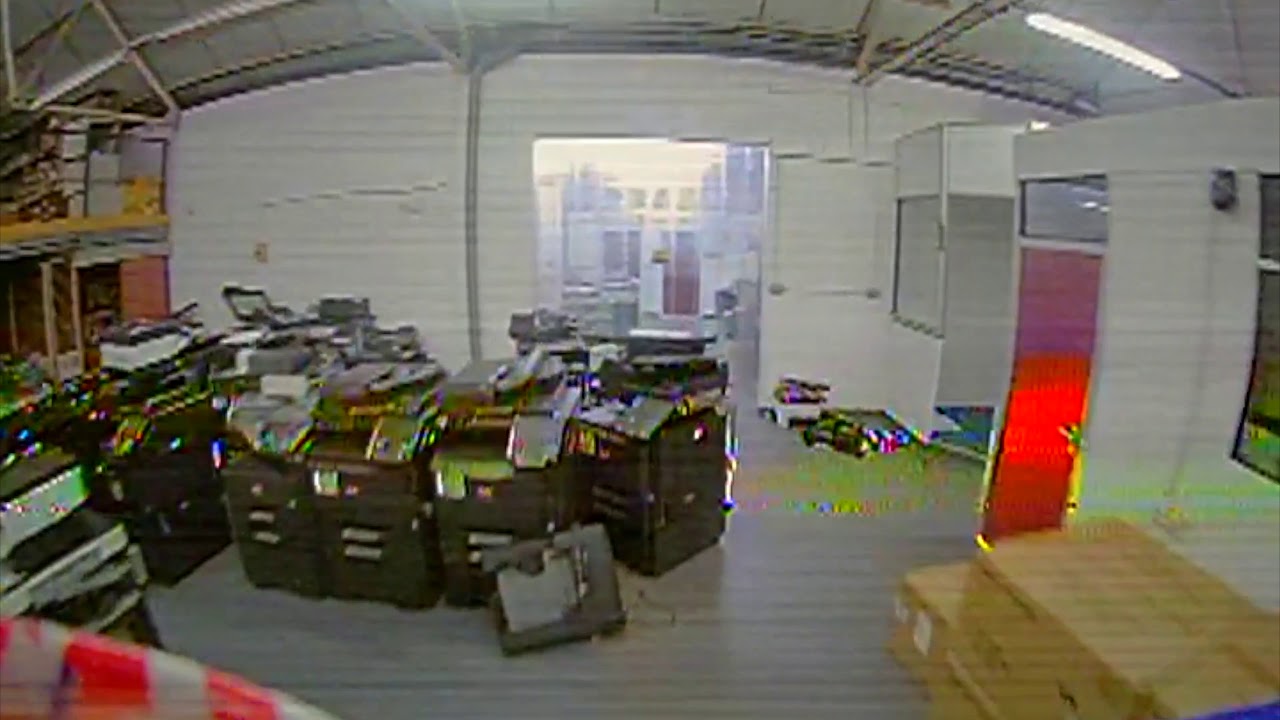 Flying my tiny whoop around our messy workshop at work yesterday. Tiny whoops are so much fun!

The DVR footage was recorded on my fat shark scout goggles.

The tiny whoop I’m using is the Eachine US65PRO 2s on a 50% scaled throttle for indoor flying.

P.s it took me hours to edit this due to the dropped frames so it’s a little jumpy in places where I’ve edited out a dropped frame.

Take the goggles antenna off indoors. It might improve the signal reflections.

I was inside the office while I was flying so that’s probably why there was such breakup in the feed. Obviously the DVR was much worse than the actual feed at the time

Take the goggles antenna off indoors.

So take off the polarized antenna while indoors and just use the patch antenna?

No, just don’t use any antenna. Some people report a big difference in signal quality.