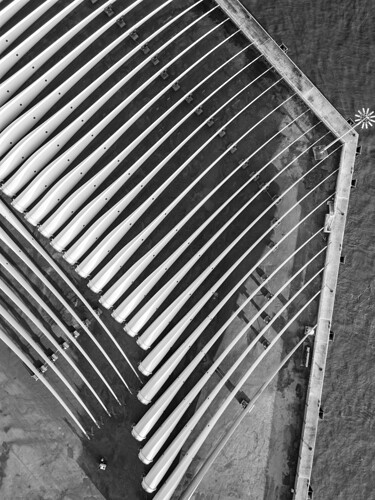 Didn’t even know these were there until I took off, I was on the front not far from the deep, was heading towards the P&O port, there was a very tall fence/wall, once over that saw these!

There’s a blade spray painting facility near me I flew over last week. They do make a good picture… 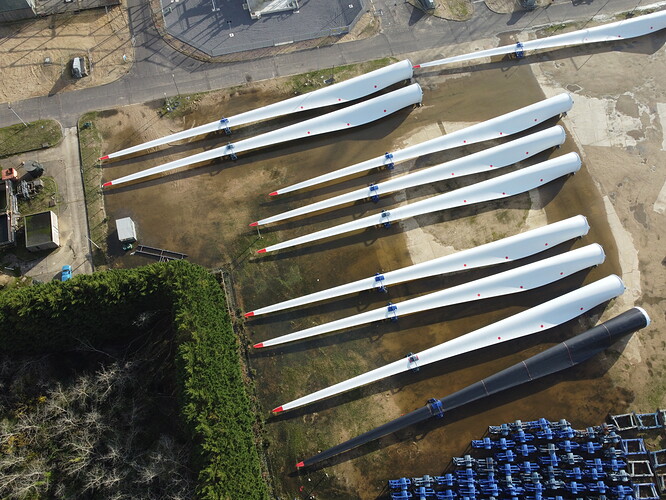 That is probably Fawley, the old site of the power station, now being used to spray paint the blades arriving from the Isle of Wight.

Not probably, it is indeed the site of the former power station at Fawley.

The blades are shipped over from Cowes but as construction continues on the new marina, this will eventually come to an end with this facility.

That is probably Fawley,

If you’d been keeping up, @HantsFlyer already posted pics of them …

The site of the recently demolished Fawley Power Station along Southampton Water. A filming location to films such as Solo: A Star Wars Story and Mission Impossible - Rogue Nation. The property is also used to spray paint wind turbine blades that are manufactured on the Isle of Wight. [DJI_0895]