I’ve not flown my drone yet somewhere where many people know I’m flying a drone so I don’t know how people react to it generally. Has anyone been confronted by someone who wasn’t happy to have a drone flying around them ? I imagine most people would be quite inquisitive about it and ask questions etc but I also expect there would be a few around that would get funny about it. Just wondering if anyone has had an experience like that ?

This was discussed recently…

Just out of curiosity, how many ‘Muggles’ are hostile and how many are friendly? I’ve been flying drones for just over a year and the folks who I encounter tend to be fascinated, and I’ve never had anyone threaten to call the police or say that I shouldn’t be flying. Maybe it’s the area I live in?

I was out early this morning and there was a couple fishing, once I had landed the drone the woman started asking me questions as she’d never seen one before.

Thanks Paul, you find people are generally ok then. Just worries me a bit cos I’ve bought this drone for fun times not hard times haha

So far yes. I have only been approached twice, the first was a young girl at the beach…
‘Are you flying a drone?’
‘Yes I am’
‘COOL!’

I have heard people as they’ve passed close to me saying ‘Oh look a drone’ but that’s about it. No doubt I will run into that one person we all dread at some point

Kids can be inquisitive - never annoyingly.
A couple of these wanted to improve their English and tried to help me improve my Italian. 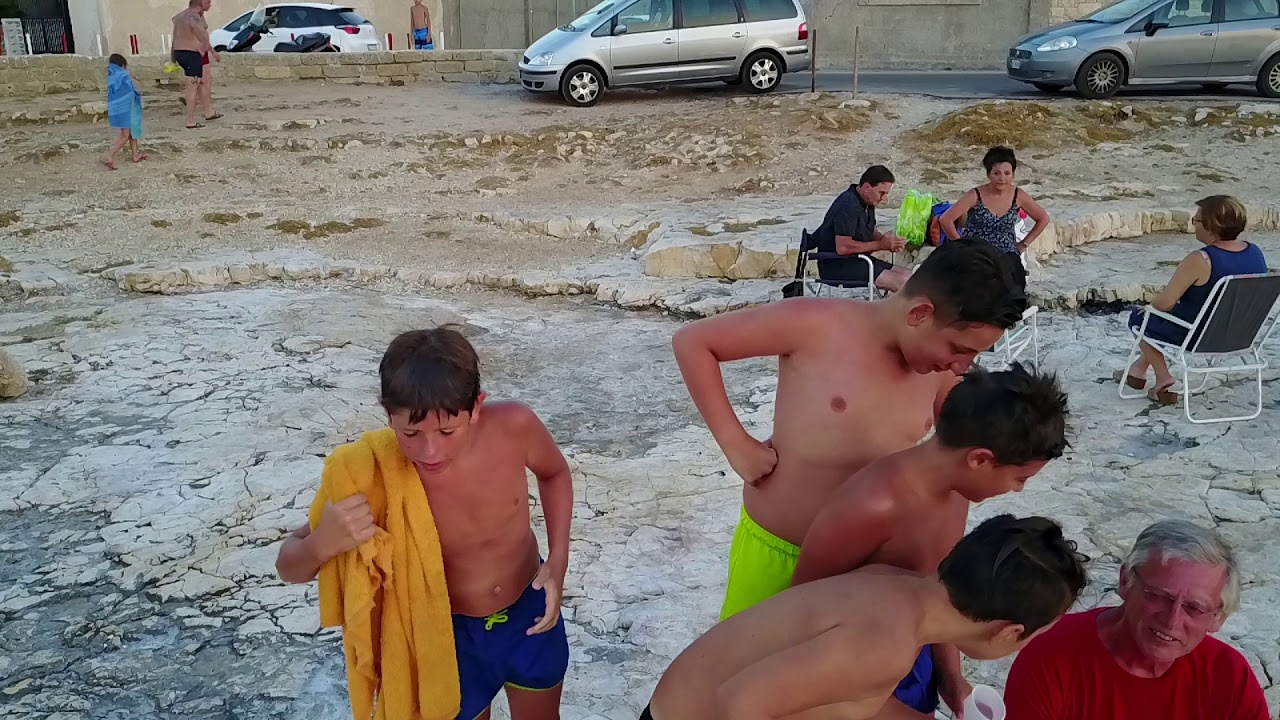 95% positive people always want a look and I’ve also sent people photos if they have asked, I’ve managed to get DJI 4 new sales from my chats with people, and given them lessons after purchase (although never received any commission).

I’ve had 3 ‘confrontations’ first was parked up near the river when Drax Power Security wanted to take my name on the grounds of a possible terror threat, of course he didn’t get it. Secondly a security patrol at a local firework display ordered me to ‘land that ****ing drone’, which I complied with, only because I made the school boy error of parking on private land (no where else at the time) and finally when a new neighbour asked me not to fly it near her house, I politely informed her that I was following the guidelines and would not be filming (I was testing a friends drone who couldn’t get it calibrated).

I’m clued up on the law, I spent a fair few years taking pictures for a living and my degree is in photography, I have also spent the last 15 years working in Security so am up on legislation, and know how to tie the lower end of the Security gene pool up in knots.

To be honest I wouldn’t be keen on someone flying low and fast over my house so I don’t do that, but on the other hand I’m ‘not afraid’ to fly it anywhere, if I may think it may cause and issue, I plan in advance and get in and out quickly.

If I’m flying near lots of people I usually find a takeoff point far enough way so I’m not really seen by people, I can now fold up a mavic and throw in my day sack in under a couple of minutes, also learn to hand catch it comes in useful ;o)

I tend to fly or at least take off and land in places well away from people.
Had a few curious dog walkers enquire about the drone so took some time to explain it to them and show them what it was seeing.

We know where the gimbal is pointed and that we don’t have zoom lenses but others don’t. Last thing I want to do is make anyone uncomfortable so try to show them the courtesy and privacy I would expect myself.

So in all, all my encounters have been positive and I reckon a few would have probably bought one for themselves.

I posted this a couple of weeks ago. My first and hopefully last confrontation.

Ok I’m all set up to have another go at hangar 360. Planned flight out over the marshes sitting on public footpath when I hear the sound of a quad bike approaching. Guy paused looks at my mavic and say “we don’t really encourage the likes of that here” anyway being a moody bastard at the best of times I couldn’t resist saying “what Quad bikes?“ he the says something I never caught to which I told him to fook off and bother his sheep.
Any way he did and I did what I wanted to and the result will be posted shortly.

Thanks guys, really good to hear your experiences !!

I’ve been flying for about 18 months now, the only time I had confrontation was not long after I had started and some snooty farmers wife stopped and gave me a grilling for taking photos of her rapeseed fields.
Normally if someone does approach me it’s because they are interested in the UAV and what it does or can do.

Hi Guy’s, I can say that I have encountered a small number of people who have threatened to shoot me , report me to the police and accused me of spying on them undressing from about 410 ft.
The people who said I was spying where shown the view from my tablet and realised that they could not see that much from the high up I was flying.
But like most people when flying some do take any interest.

So far I have only had positive experience with people, they seem to be inquisitive about what it can do…

Wow. Where are you from?

No positive encounters at all?

As mentioned during the Treasure Hunt, one policeman (who himself has an MP) was under the impression I shouldn’t be flying where I was (I believe he was incorrect but didn’t want to argue), but said since I was already in the air to quickly take the photos I wanted and then leave.

In Italy one policeman came up to me gesturing that I couldn’t fly there (he was probably correct but, specifically, I’m not sure of the reason), but then, becoming so fascinated by what he could see on my phone started directing me to point the MP in a specific direction, finally declaring “La mia casa! Più vicino! Avanzare!” and was like a five-year-old at Christmas when I started taking photos for him.

I wouldn’t really call either of these "confrontation.

All other interaction has been people being naturally inquisitive.

I’ve had nothing but positive inquisitive queries from people. The younger generation think it’s real “cool”. 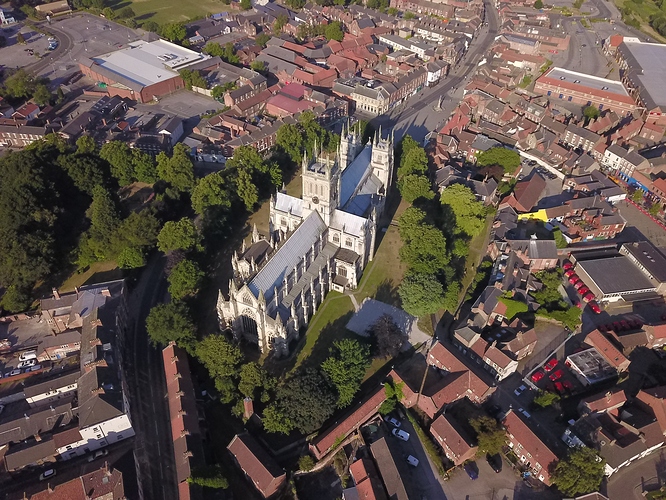 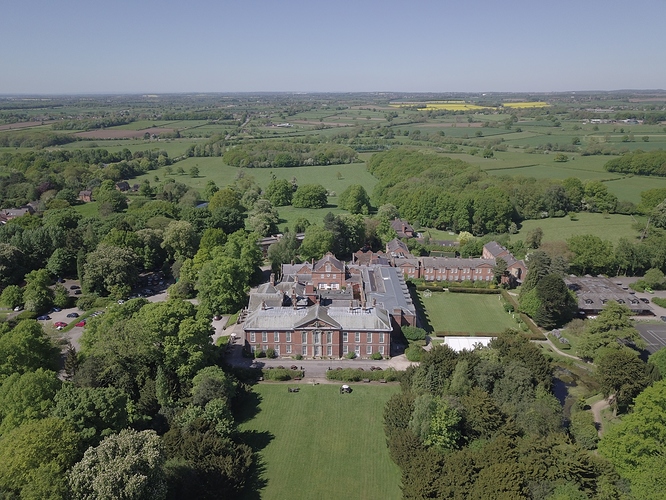 Hi Tassy, I live in the Newcastle-under-Lyme area. That in Staffordshire.

have experienced both good and bad confrontations, most folks are unaware of rules etc, so keep a copy of drone rules (CAA) in flight bag and give them that, most folks then become more interested in what the photos etc look like

I’ve not been flying long, but have had mostly positive responses. Most people think they are pretty cool and enjoy looking at the screen on the iPad, and I generally chat about what I’m doing and how I make sure I respect peoples privacy and follow the drone code. I’ve had one very angry dog walker up in the Lake District. She told me to p*ss off and that “those things are an effing nuisance, everyone thinks so, boys toys”, blah blah. It was fairly early in the morning and I understand if they are getting a lot of them the noise could be irritating. I politely pointed out it wasn’t a toy, and that the road on the other side of the lake (which had lorries driving down it at the time), was making more noise than the drone. I then just ignored her and she went on her way. I guess sone people are naturally cynical and others just inquisitive.