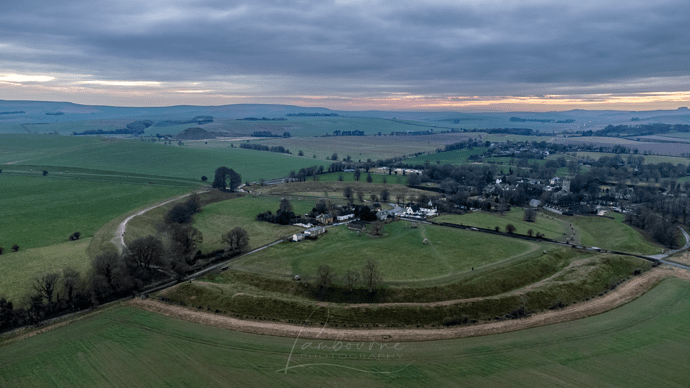 Parking and TOAL was in a lay-by North of Avebury, outside of the NT boundary.

Avebury henge and stone circles are one of the greatest marvels of prehistoric Britain. Built and much altered during the Neolithic period, roughly between 2850 BC and 2200 BC, the henge survives as a huge circular bank and ditch, encircling an area that includes part of Avebury village. Within the henge is the largest stone circle in Britain - originally of about 100 stones - which in turn encloses two smaller stone circles.

Avebury is part of an extraordinary set of Neolithic and Bronze Age ceremonial sites that seemingly formed a vast sacred landscape. They include West Kennet Avenue, West Kennet Long Barrow, The Sanctuary, Windmill Hill, and the mysterious Silbury Hill. Many can be reached on foot from the village. The Alexander Keiller Museum also displays many notable finds from the Avebury monuments.

Avebury (/ˈeɪvbəri/) is a Neolithic henge monument containing three stone circles, around the village of Avebury in Wiltshire, in southwest England. One of the best known prehistoric sites in Britain, it contains the largest megalithic stone circle in the world. It is both a tourist attraction and a place of religious importance to contemporary pagans. Constructed over several hundred years in the third millennium BC, during the Neolithic, or New Stone Age, the monument comprises a large heng...