I don’t think I’ve seen these linked here, so I thought it might be handy to have them linked from one post. These are various time-limited exemptions from the CAA drone registration requirements starting on 5th November:

E4913: exemption from registration as operator and pilot for control-line aircraft, until 30 June 2020

E4956: exemption from pilot competency test for pilots operating in accordance with a CAA PfCO or equivalent, until 30 June 2020

Also note the significance of the date 30 June 2020, as this is when the EASA regulations are due to come in and change everything anyway.

Is it a misprint?

I hold a BMFA ‘A’ helicopter certificate and as far as I know the BMFA are the only organisation that has ever had such a scheme which is now being acknowledged by the CAA.

Mentions of a ‘B’ cert too, but the link doesn’t work. 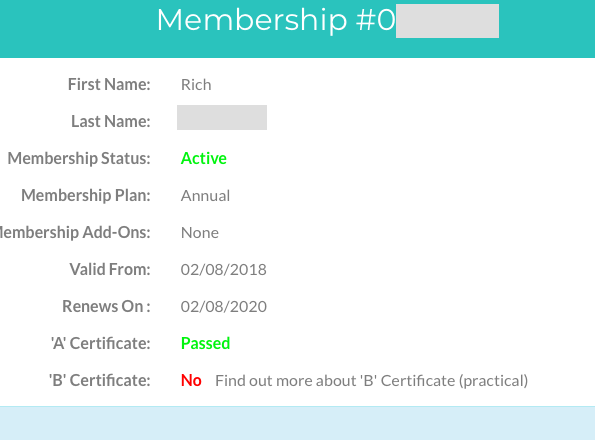 Mentions of a ‘B’ cert too, but the link doesn’t work.

It’s not the same as the one I took with the BMFA which required flying preset manoeuvres and answering questions after the flight test.

Some of the exemption certificates in the original link are superseded or moved on the CAA website.

Thanks for that kvetner.

The control-line aircraft exemption link is also broken, but I haven’t located a replacement document (and frankly, who cares about that one!)

It’s probably time for a reminder that the various BMFA, FPV(UK), LMA and SAA registration exemptions expire on 23 February 2020, so members of those organisations who want to register either need to go through their association to make it happen or directly via the DMARES website within the next month.

I’ve not had an email from @FPVUK, but for FPV(UK) members, details of the process are here.

Also, don’t forget that holders of the various association competency certificates don’t need to do the DMARES competency test, they are exempt until the end of June.

FPV UK members’ exemption to the CAA’s drone and model aircraft registration scheme (DMARES) will come to an end shortly. If you would like us to register you automatically please opt-in now.