If you’re wanting a relatively cheap quad there’s a listing for a new Emax Tinyhawk Freestyle (not the 2) on eBay. Being an impulsive type, and even though I’ve already got one, I’ve bought one. 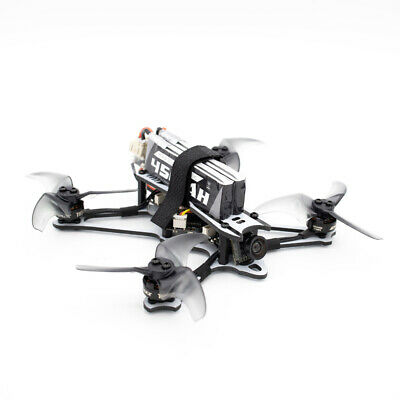 Not a Vista but they do take a Runcam Nano2 very nicely.

Other mods, for those interested, is to swap the VTX for something like a TBS Unify Nano and discard the SPI RX’er for a proper full range RX’er. I’ve had failsafes relatively close in with the onboard SPI RX’er despite the number of times that Betaflight say they have addressed the issue. The standard VTX can be unlocked to do 200mW but this has to be done every time power is applied otherwise it reverts back to 25mW. I have tried fudging it by altering some SMARTAUDIO scripts but the VTX is having none of it.

Alternatively the Freestyle 2 addresses some of these shortcomings in the original Freestyle but at a price of around £100, though for less than £45 (it would cost more for the motors alone and Emax are renowned for there non-standard motor mounts) this earlier version provides the basis for a nice mod project especially for those taking their first steps into FPV quads.

Got my Lockdown Quad: 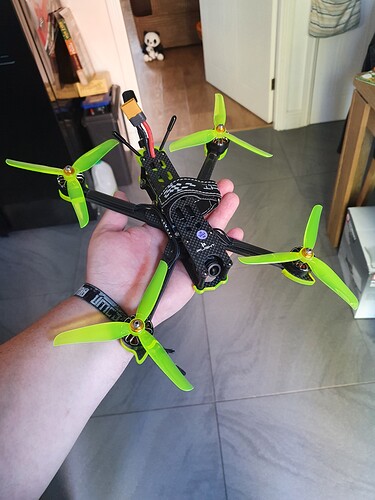 Only problem is the Lipos I’m after are out of stock so I don’t have any packs to fly it. So I’ve been out with my mavics instead

You need a pad on the top for the battery and is it 4s or 6s?

You need a pad on the top for the battery

Yeah I’ve got some ummagrip but just haven’t got round to putting it on yet. 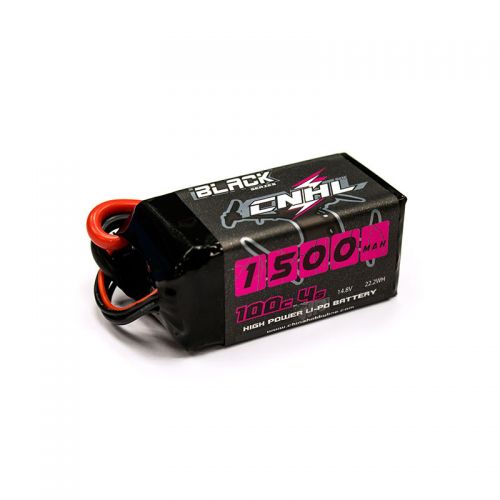 Nice one, if the ones I’m after don’t come back into stock after I’ve been paid. I’ll give them a go

so my mavics will have to suffice

If I were to be honest I thought this listing might be a bit dodgy. However I’ve just rx’d a txt from Royal mail that it will be delivered tomorrow. That isn’t the surprise, what is is that it’s coming from Banggood’s UK distro Centre. A quick search on BG’s site shows the THFS1 on flash sale for £78(ish) but only from the CN and US warehouses. The thot plickens.

Wow I love flying the tiny hawk. Its like flying a paper aeroplane, such a different experience to flying a 5". The vtx isn’t bad for 25mw either! Although I can see what you mean about the rx… Got a few warnings for that. One slightly annoying thing is that the 1s connectors are really bloody tight to separate… Id like to fly with some 3s I have but I read that this will probably result in smoke…?

The vtx isn’t bad for 25mw either! Although I can see what you mean about the rx…

It seems to be a common issue with SPI receivers. I also have two Eachine Twigs and in standard form the range is dreadful. On one of them I replaced the stock antenna, which is just a single wire, with a proper 2.4GHz antenna, similar to that on the Freestyle. There was an improvement but not great. On the second Twig I installed a FrSky R-XSR receiver and the range is obviously so much better.

I do believe that these little quads have a heap of potential especially with some of the new shiny things coming on the market. Fatshark have a whoop sized Shark Byte HD system being tested by a few folk, and couple this with the ImmersionRC Ghost, once they iron out some of the wrinkles, I think the sub 2inch quads could become more popular than they are now. I came across a YT video of a guy who installed the Ghost system on his Tinyhawk Freestyle, along with GPS rescue, and he flew out to a mile and back again and the RF link didn’t falter once. 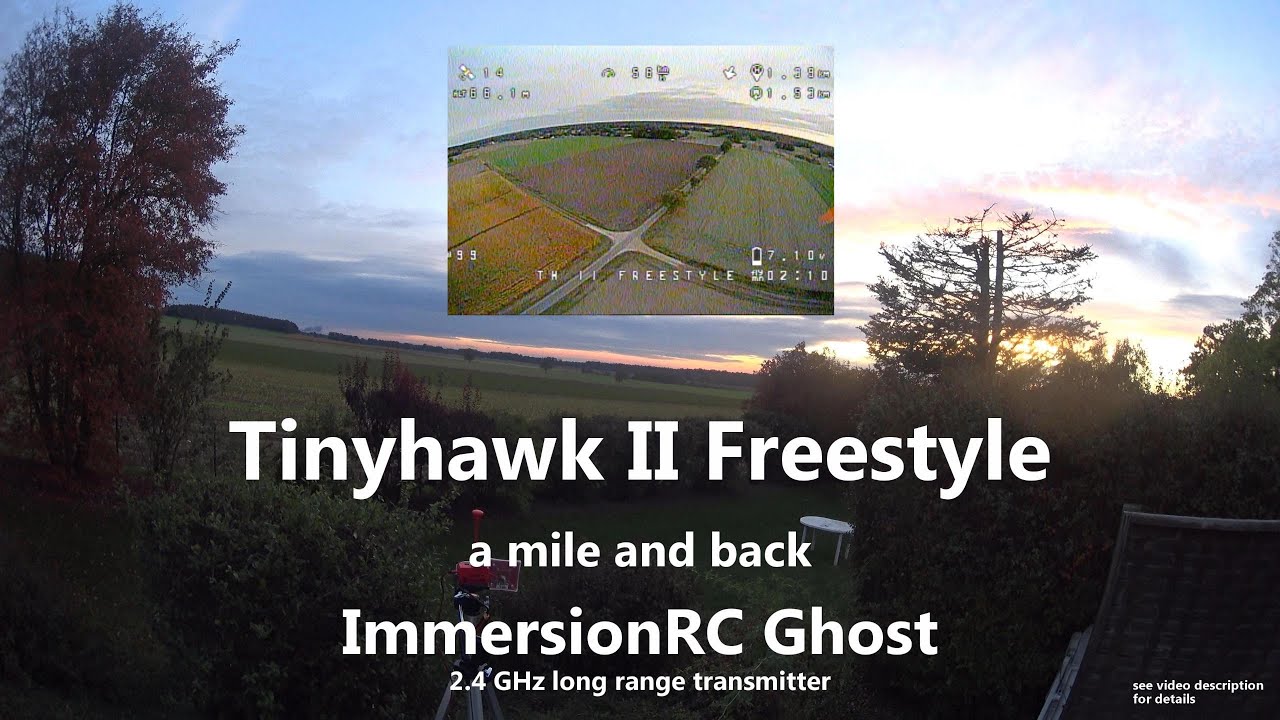 And HDFPV on a Whoop. 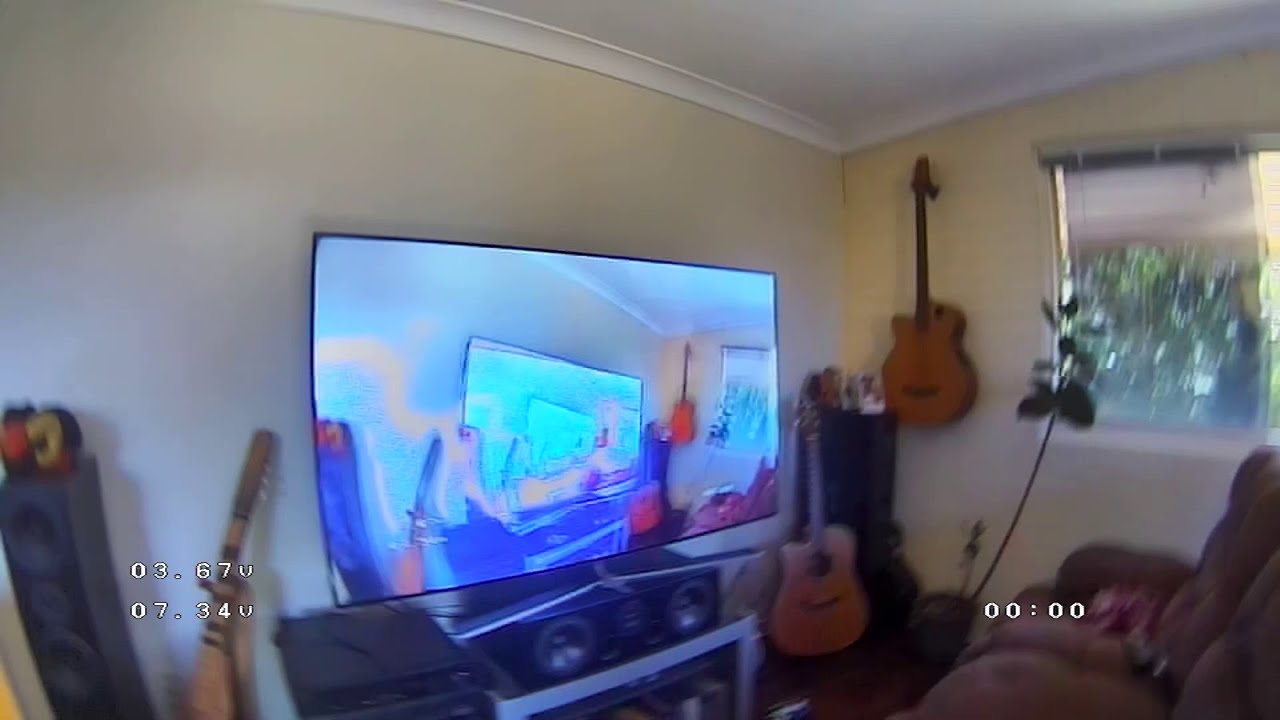 Did it come with 2 lipos? I’m tempted.

It’s an amazing setup for the price 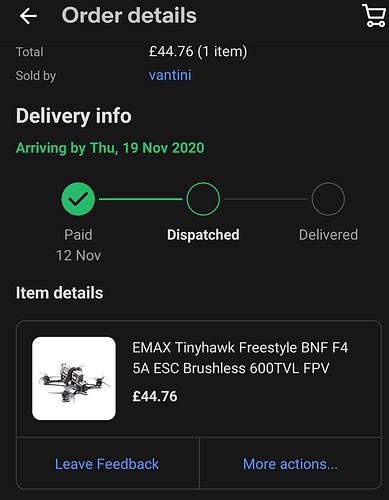 Fuck it. We should of done a group discount.

I think you’ll receive it before Thursday week, @callum. I ordered mine on Sunday and it arrived yesterday.

Not in any rush.

Should have a spare rx somewhere, just need to find it. Might be easier just ordering another