Twice recently I’ve had a warning appear saying " Mobile device CPU fully loaded" - any ideas what this refers to please ? I use an iPad mini 4, don’t use it for anything else other than the drone and have deleted all other apps, don’t have mail etc, so I know nothing else is running in the background.
On the 2 occasions I also got “Strong electro magnetic interference - fly with care”.
All very random for my simple brain, so I am assuming someone might have an idea.
Thanks for any assistance.

Alas it simply means the iPad Mini 4 is no longer up to running the (dare I say, bloatware) GO4 app.

My iPad Mini 2 used to do it all the time (years ago).

Turning off local video caching completely can help. But with each new version / update to GO4…

The mini 4 is five years old now and Go4 has got quite bulky.

Is that the video caching in the GO app that needs turning off ?
Sad thing is its only happened twice, but i guess its a sign - looks like its the android Huawei then.

I’ve had that message a few times with my Ipad mini 4 for a few years.

Makes no difference to the flight and the app still performs as it should.

Means the CPU is maxed out but could only be briefly. I dong think Android has any similar message so you wouldn’t know.

Not something I’ve ever worried about.

Like @PingSpike mentioned, turning off video caching pretty much stops it.

Thanks Callum, thats reassuring to hear the app continues to work.
It only appeared twice, and only when the quad is starting up and positioning itself - then it disappears and doesn’t return.

Wouldnt worry about it.

Means the CPU is maxed out but could only be briefly. I dong think Android has any similar message so you wouldn’t know.

Just by coincidence I had an email from my Deep Throat Source at Powervision in the last hour concerning Android overload issues as they pertain to Samsung devices. In the case of the Vision2 APP devices were incapable of displaying the real-time video feed. It maybe pertinent to those having compatibility issues with the new DJI Fly APP.

We have located the issue with EU Samsung devices. The Exynos chip used instead of the more common SnapDragon chip in the rest of the regions is less powerful and therefore requires some specialist coding.

We have produced the required changes and now are testing with our trusted partners here in the EU region. The new APP will Publish on 12th of this month.

This will resolve nearly all models of Samsung that use the Exynos chips, however, it is still the case that for example; the A5 (EU Exynos7 Octa 7880 processor version alone) will not be powerful enough.

We are confident that any Exynos Samsung produced/released after June 2017 will be fully compatible.

I am very sorry for how long this has dragged on. Hope you are well. 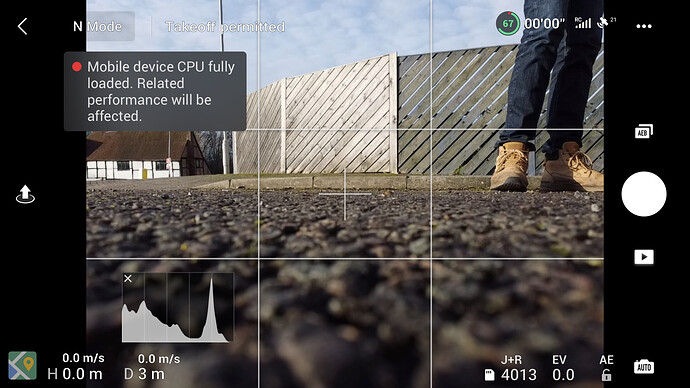 I had a warning saying my mobile device CPU was fully loaded! A little disconcerting.

Any thoughts on this? A temporary glitch? I have a M2P with Smart Controller which I had hoped I would be able to use with the M2 but it seems not. A pity.

Moved your post to this pre-existing thread thread on the subject.
Hopefully your question will be answered by the info above - but others will add their thoughts.

This still stands for this issue btw

I had a warning saying my mobile device CPU was fully loaded! A little disconcerting.

I had this on my old iPhone 8, but never seen it since upgrading a couple of years back to an XS, probably the CPU just isn’t up to the job especially as the apps get more and more bloated with each update, have you tried rolling back to an earlier version of the app?

I have a M2P with Smart Controller which I had hoped I would be able to use with the M2 but it seems not.

I would have thought that would be coming soon, after all occusync is now onboard the M2

I’m getting this message on my iPhone 6, it has not affected anything so far but I’m only doing short close (ish) flights. I’m assuming the iPhone 6 is not now up to the job? Can anyone recommend a phone that is up to the job that won’t need me taking out a new mortgage!
Many thanks…
Barry

We’ve got a tablet recommendations thread:

What would you recommend as a good tablet ? I got a mediatec 10 inch screen. It will run dji go4 but I have no video. Also it will not run aero ranger. Was looking at the lenovo 10 inch in argos for about £100. But want to know if it will run both apps. Or what about ipad. ??

Maybe you should start a new mobile phone thread?

But if it’s for DJI Fly then you’re guaranteed compatible devices are: 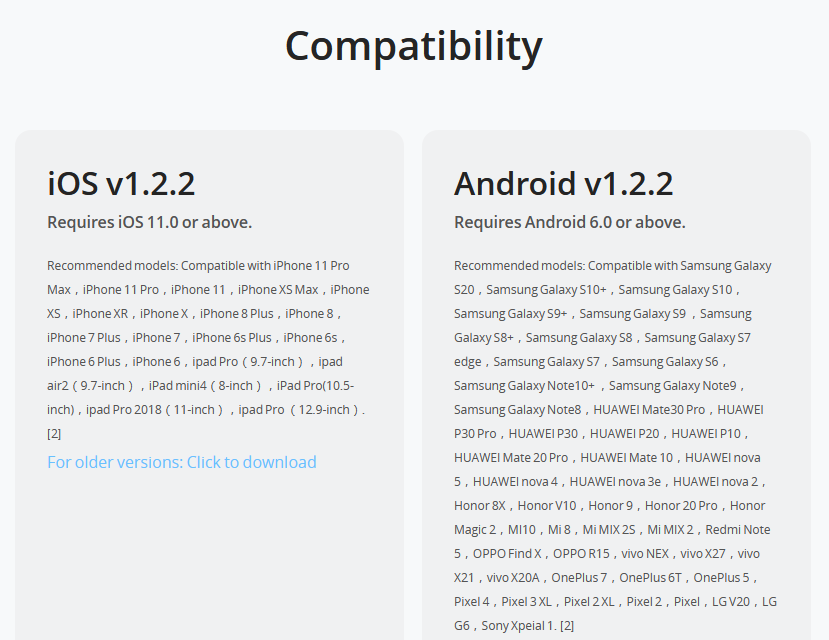 Sorry, yes it’s for the DJI fly app/Mini 2. I see from what you posted the iPhone 6 is on the recommended list and I have 12.4.9 update and 30gb of available space so I wonder why I’m getting the warning? I’m pretty sure I closed all apps, is there anything else I could try?

I wonder why I’m getting the warning?

The iPhone 6 is probably at its absolute limit in terms of processor power which means no amount of stopping apps, freeing up storage, etc will help.

Don’t forget the iPhone 6 has been around since 2014. Six and a half years is a very, very, long time in the smartphone market.

My only suggestion would disable video caching and see if that helps (as it often does on older devices).

Thanks for that, I’m sure you are absolutely correct. It would be interesting to find out what other mid range phones are working with the fly app/mini 2 without issues as I really don’t want to buy an top of the range phone just so I can fly my drone…

If you buy something that you’ll need to upgrade again in another year, it may be false economy

If you have the time to be arsed, delete all the data from your phone and start with just the fly app see how that goes. if you’re still getting the warnings, might be time to look around ;o(

Still having cpu limitation notifications using the iPhone 6, a family member has a iPhone 7 they will give me, just wondering if the 7’s cpu will do the job as a dedicated drone screen without warnings?
Many thanks…