So after being firmly bitten by the bug I’ve sold other drones and now have about £250 to buy another.

I’m ok at flying the tiny hawk freestyle 2 and feel I’m getting better every time and now keep practicing on a sim most days.

At the min I can’t decide if I should get a tiny hawk for practice inside the house or to go for something like a baby hawk r pro 4 which I can use with my gear I’ve bought.

Or would you recommended something completely different?

The Nazgul5 V2 is a great starting quad for a full size 5inch.

Ok, I’ll give that a look. Where’s the best place to get something like that from?

I have the jumper T lite and have just got the crossfire module for it -just need to set it up.

Got mine from banggood 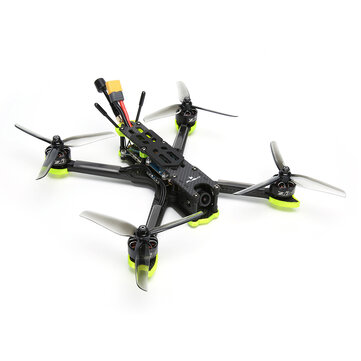 Would the one with the TBS nano se work with my Nano tx?

Yeah that will work

I thought se was special edition. That comes with the immortal t. That’s the one you want for a 5"

Yes, you are correct. My mistake.

I would probably recommend the 4S version though as the 6S version maybe a little to powerful for someone just starting out. And on the plus side 4S lipos are generally cheaper too lol

Is that just the Ariel or the plug in unit?

Don’t fancy spending another 70 on a unit if I don’t have to.

Yeah, just an ariel. The unit is the same. But tbs nano se is only £28

Ah, by unit you mean the tx unit? That will talk to all the crossfire receivers.

That’s the one. Sorry if it wasn’t that clear.

I’m gonna order the Nazgul 5 but wanted to
Work out which rx to order it with.

The crossfire until arrived for my jumper t this week.
Just waiting on the rx and I’ll be upgrading the thfs2 to crossfire too.

I’m gonna order the Nazgul 5 but wanted to
Work out which rx to order it with.

The TBS nano se will bind with the crossfire module you already have in the back of your T-Lite.

Or like Karl said buy the Nazgul5 without an RX and pick up the nano se for £28. 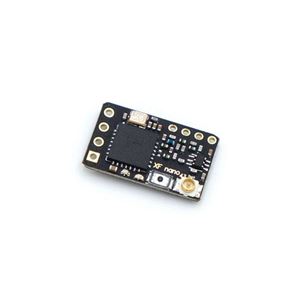 TBS Crossfire nano RX for people who want to save space and solder. Full range, designed specifically for mini- and micro-quads! The Special Edition (SE) includes the TBS Immortal-T Antenna!

Seems like it’s cheaper to buy already installed.
With its £199 without its £177.

Bonus lol then yeah definitely pick up the TBS nano SE version of the Nazgul5. Are you gunna go for the 6S version or the 4S version?

I’m gonna heed your advice and go for the 4s.
But then will need to buy some 4s batteries and a charger.

the good thing is though it does slow down once you get your initial stuff together like the essentials, your radio, quad, goggles, batteries, and charger. The rest of the stuff it just cheap bits n bobs like spare props backpack cases for things stuff like that.