I’ve been very much drawn to the DJI Avata lately but it’s a bit pricey, isn’t it? I mean for basically a jumped-up 3" CineWhoop. So I thought I’d see what else I could get that fits the bill.

The V2 Goggles are the slightly cheaper option. The bundles give you some extras over buying separately - notably the Motion Controller.

Wow. Not much in it when you look at it like that.

On top of that, the Avata has a gimballed camera, GPS, “Normal” (position hold) mode and RTH, so you’re getting a fistful of extra functionality there. Admittedly, you could add these (not the gimballed camera) to the Pavo if you’re willing to add a GPS module (~£15) and faff with INAV/ArduPilot.

) available parts and the batteries are only £15 a shot instead of over £100, although the flight time is probably greatly reduced. Again, you may be able to improve on this by using Li-Ions.

Of course, I already have a controller, so that’s a bit of a saving. And I already have goggles for an analogue setup, which is a massive saving. In fact, if I stick with analogue, the Pavo is only £176 and I could use say a RunCam Thumb Pro for £85, which is a solution for a smidge over £260. That’s a saving of over £1000.

And all this got me pondering what it was that has me drooling over the Avata.

Ease of use? Well, maybe. It would be nice to have a “panic button” and RTH, but I’d like to think that I’m good enough at FPV now that I wouldn’t really need them.

Video quality for sharing on YouTube? A bit, I suppose, but I’m mostly flying for my own enjoyment, not necessarily with the intention of putting stuff on the internet.

So it must be for the in-flight video quality. And this leads directly into the whole “which digital FPV system” conundrum. And if I’m going digital, shouldn’t I just convert my existing fleet first (if that’s even possible)?

So after all that, I think I’ll just sit on it until the weather gets better again. Maybe things will be clearer then.

Anyway, have you seen all these complaints about Avata’s falling out of the sky?

And finally, I’m sick of hearing 'mericans pronouncing it “Avarda” (rhymes with Nevada).

That’s something I already have but yes, for someone starting from scratch that’s a fair comment.

Yup you are sufficiently experienced now to be able to do without most of the advantages of the avata.

What you need to do is look into what digital system best suits your needs… or buy an fpv plane, lol

I think the Avata is a nice package for someone whom wants to get into the more cinematic stuff, or at least it will be when DJI start including a proper TX/Controller. Certainly when compared to the FPV Drone that only has one good crash in it.

One should never say never, but I can’t see myself getting an Avata as I already have a very capable Cinewhoop in the guise of the Diatone Taycan (6s version).

The positives of the Taycan over the Avata are cheaper batteries and longer flight times. I also have a selection of video camera’s I can choose to mount. I am running a Vista Polar on it, and the radio system I’m using is Ghost so I don’t have any range or penetration issues. But I wouldn’t consider it a platform for a beginner that wants a near trouble free introduction to FPV.

The positives of the Avata are it’s seems to be quite tough. It has training wheels that can be removed as the user gets more competent. The all important “OH CRAP” button for those inevitable very sticky situations. Even though the batteries are astronomically overpriced they do provide complete hassle free charging, though I wouldn’t say convenient if you want to charge them out in the field.

For someone like you, Jez, I’d go with a traditional Cinewhoop. You already have the infrastructure, chargers and radio, etc, and you’re already comfortable with FPV. Also I think you might find the Avata a little on the “meh” side of things. I did when I tried one a few weeks ago, it just didn’t feel as locked in as my Taycan.

As for which digital system to invest in? For a Cinewhoop the choices are DJI or Caddx. HDzero has some great benefits over the other two when flying in a race situation, but I think you’d want the immersive experience with a Cinewhoop over the lower latency the HDzero stuff provides. If I was buying into a digital system at this moment in time I’d go with DJI over Caddx/Walksnail simply because it’s a mature system, the Avatar system, though better now than when it was first released, still has a long way to go to catch up with the current DJI system. Also the DJI stuff now supports the full Betaflight OSD feature set the same as Avatar. However DJI are supposed to be releasing their FPV O3 system shortly which will incorporate the same camera and VTX as the Avata, including image stabilisation, which would negate the need for a second camera for recording UHD video.

As they used to say each week at the beginning of Soap “Confused now? You soon will be”.

So after all that, I think I’ll just sit on it until the weather gets better again. Maybe things will be clearer then.

Deffo. Try all the systems then

And this leads directly into the whole “which digital FPV system” conundrum. And if I’m going digital, shouldn’t I just convert my existing fleet first (if that’s even possible)?

It must be fate Jez, Bardwell has just updated his ‘Which digital system is best for you’ page

DJI is revolutionizing FPV flight with high-definition digital video. Want to know the best parts to make the most of the DJI system? This is the page for you.

Bardwell’s paid by dji. Everyone knows it

I think the Avata is a great option for newbies getting into FPV, since many won’t have the kit, knowledge and/or patience to build/configure/maintain a self-build.

Furthermore, with the reassuring build quality of the Avata, it will no doubt make it very appealing - i.e., not having to repair it each time you do 30+ mph into a gate post

Playing Devil’s Advocate, I agree with @Earwig’s points above. For anyone who has already got their ‘FPV wings’, and a drawer full of spare controllers, headsets and soldering wizardry … then it’s no longer a ‘no brainer’. Unless, like Jez said, you’re after a grab n go cinewhoop with amazing quality feed and footage.

That said, from someone who has tried to get into FPV with an analogue TH2F for the past 8 months … I have progressed considerably more in these last 2 weeks thanks to the Avata. Much of this is thanks to the motion controller and the sturdy, super-forgiving build quality … and convenience

That said, from someone who has tried to get into FPV with an analogue TH2F for the past 8 months … I have progressed considerably more in these last 2 weeks thanks to the Avata.

Bardwell’s paid by dji. Everyone knows it

Hes definitely not paid by HDZero

Have you been flying manual Chris?

The video that totally convinced me that I’d get an Avata (if I had the money) was a vid by @Leylo1971 the very first week he’d ever tried flying FPV.

Have you been flying manual Chris?

In the Avata, yes. That is what I am learning in, after a few brown pants moments with the DJI FPV. But also practising in Liftoff too.

Why thank you very much Sir

.
It’s nice to know one of my vids has had a positive effect on someone😁.

Sell some type of organ and take the plunge, you know you want to.
I love the thing, I can’t get bored. I’ve been flying around the house this week…much to the concern of the missus😱

Tangential question: When DJI improve the Goggles 2, will they be called “Goggles 2 V2”? Muppets.

Wow. Not much in it when you look at it like that.

Also remember the avata picture stored to the drone on SD will be far better than ANY digital DVR. So you’d want to add a gopro or equiv (which would be better than the avata images). Also a decent 4s for £15?!

I think the Avata is a great option for newbies getting into FPV, since many won’t have the kit, knowledge and/or patience to build/configure/maintain a self-build.

Well getting the DJI FPV for £850 with goggles, etc was my way into digital…

So you’d want to add a gopro or equiv 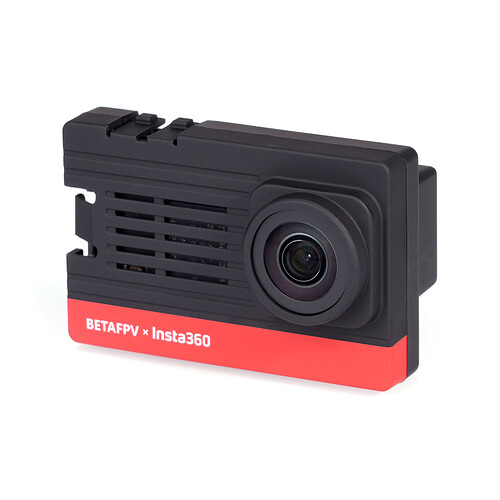 A high-degree ultralight action camera designed for your FPV Drones! Developed by BETAFPV and Insta360, SMO 4K camera only weighs 30g and perfectly fit for FPV drones. Make sure you grab yourself a micro SD card with your order

DJI FPV for £850 with goggles, etc was my way into digital…

To be fair, I think this may have been the subconscious interest in the Avata. It would be a first foot on the slippery digital slope.

I was looking for gopro, lol! Haha, sorry my bad!