I was interested in seeing whether anyone had developed a system allowing the DJI Mini 2 to TOAL from water. And sure enough, there is a company called Phantom Rain which does it for several DJI drones. Their solution weighs about 70 grams and costs $75 minus shipping. The US company does have mixed reviews. That said, I am sure the product does the job.

Being a tinkerer, I thought I may as well trying making one. After a couple of designs, I settled on this one: 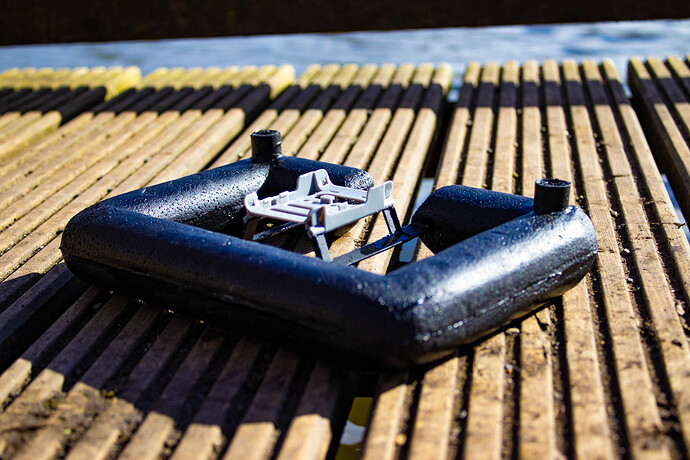 It’s raft is pure polystyrene, made from glueing 2 polystyrene frames together (2 x £2). I used StixAll silicone (£5.51) to glue it, as silicone does not melt polystyrene. I then sanded the corners and cut a section out of the front for 90 degree gimbal tilt. 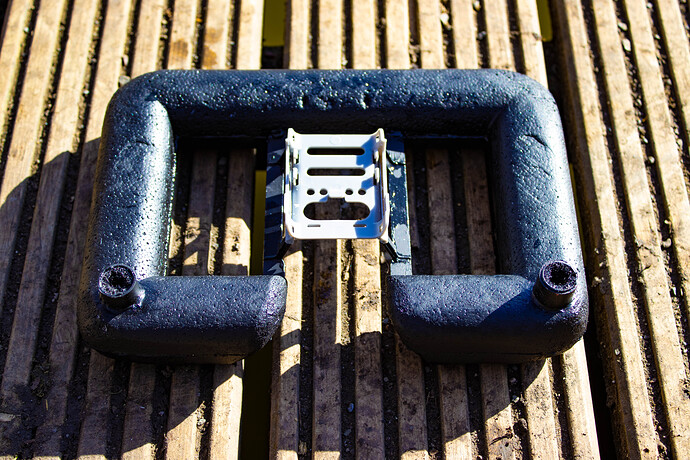 Fitted to the raft is a set of leg extenders (£12.99). The legs come with skis, the tips of which are glued in between the 2 frames. The front 2 corners of the raft have 2 leg holes to help fitted and add stability. They are made from an old permanent marker pen. The raft was then painted in black acrylic, which is polymer based, which (1) is flexible, (2) is waterproof and (3) doesn’t melt polystyrene. I have loads of acrylic as I paint, but it costs a couple of quid a tube in any craft shop. 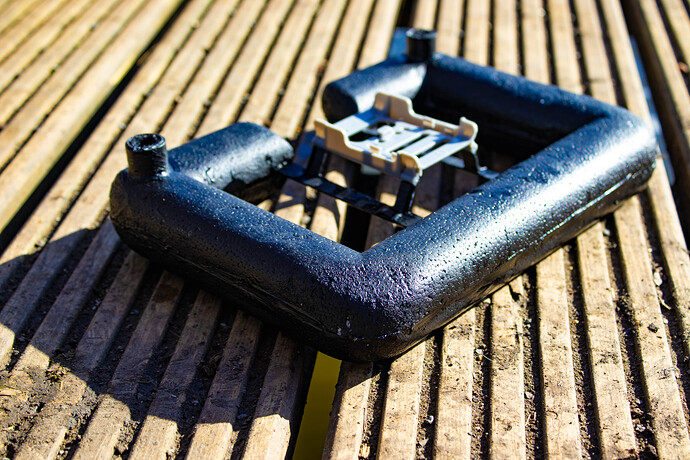 At lunch time today, I performed my first test with it, at the lake in Moulden Hill Country Park

Hmm … wonder if that could act like a big sail to catch the wind?

I’m going to have to ask…

Why would you ever need to take off from water?

Why would you ever need to take off from water?

Rich … in all honesty … haven’t got a Scooby Doo. I just wanted to build it

Truth be told, it will no doubt sit there, with the rest of my daft ideas.

Well, it keeps you out of trouble if nothing else. Fair play

Why would you ever need to take off from water

Who mentioned take off - This thing fly’s at 90mph there’s every chance it’s going to land in the Channel or the Thames before long.

And it won’t be a graceful, controlled, landing when it does

And it won’t be a graceful, controlled, landing when it does

The terms ‘impact’ and ‘debris field’ come to mind

I think you’ve hit the nail on the head there, Tim. Everyone is nervous flying over water when starting out. I know I was. If I had this back then, it would have certainly given me that comfort blanket - allowing me to progress faster. And if anything untoward were to happen, I could/can safely land on the water.

And still held together by superglue

It has been mentioned that issues may arise in windy(ish) conditions due to the increased surface area created by the add-ons, but I also suspect that flight performance and response will be heavily affected. The factory parameters for the Mini2 provide optimum performance for the default mass and weight distribution for a range of wind conditions.

If you add something as significant in size as the foam buoyancy aid there’s a high probability that the default parameters may not be sufficient to maintain stable flight.

I did quite a bit of Beta testing with Powervision’s PowerEgg X, which has additional components to permit operation in heavy rain and TOAL on water. Originally there were only two configs or parameter files for the drone, which were no options fitted, and all options fitted. When all options were fitted the only change was to disable the forward and downward facing object sensors, but there was nothing in the file to compensate for the increased weight, wind loading, and weight distribution. Consequently even though the drone still flew it was a bit of an old bus.

Move forward in time to the present day and now there are more config choices:

Whenever the housing is used the OA sensors are disabled, but each option has a unique parameter file to change the way the drone flys and responds to compensate for the various configurations.

The idea of making the Mini2 amphibious sounds fun and adds another string to its extensive bow, but in modifying it to do so be prepared for some possible unexpected behaviour.

I purchased a floatation system for my M2P made by Raptor.

Specializing in Drones, ARRIS UAV provides everything you need from professional repairs, tools, and accessories.

The idea was (as others have already said) to boost my confidence when flying over water. First time I tried it on land I realised how top heavy it was. It would only ever be suitable in perfect conditions and on a lake with zero wind. A wave in the sea? Forget it… It would flip over faster than a Thai lady boy! (Or so I’m told

However, the Mavic mini 2 is so light it might help people in early flying days to fly over water. There would likely be a strain on flying, battery life & stability of course… Realistically, my confidence grew very quickly and flew out over the sea at any given opportunity.

@clinkadink What about payload mode? Did it activate and could you turn it off? 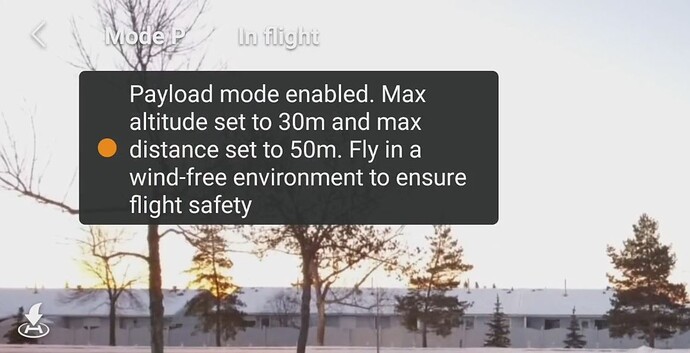