Do I need a pfco?

I have a random question.

I occasionally write reviews and stuff for drone publications… I get some free stuff to review. I don’t get any money for writing the reviews etc. Just get a product from the supplier and write a review and send it in the the publication…

Do I need a pfco?

Although he now has a PfCO, I’m thinking that perhaps @ianinlondon might have been in this quandary beforehand?

I may be wrong, and I hope he won’t mind my speculating. He’s the only other member that I can think of that might be in a similar situation.

I’d say - contact the CAA to be 100%. You may need to give them a bit more info than provided here but they usually get back to you fairly quick.

Do you get to keep the product, are you flying said product, do you get paid for the review? If you do then yes you need a PfCO, as you are flying for reward and as you knew you would keep/ get paid before the flight.
If you bought a drone. Flew it and thought I know! I’ll write a blog review and someone then offered
to buy the review for a magazine then no because at the time of the flight you had no idea you would get reward for making that flight.

Below is taken from the CAA website.
"in return for remuneration or other valuable consideration.”

The key elements in understanding this term are ‘…any flight by a small unmanned aircraft…in return for remuneration or other valuable consideration’. "

Hey guys thanks for the replies.

Yes i usually get to keep the product. So it goes something like this…

I think I need to contact the caa for clarification

Ask the CAA if you can “review a PfCO” for them … and ask if you can keep it afterwards.

This is my well-known gripe with the whole PfCO thing. Your flight risks don’t change in any way depending on whether you finally get to keep an item or have to send it back. So this whole process is completely flawed IMHO.
The CAA’s view is as @stevesb states: “do you get remuneration or other valuable consideration” . But what’s different here is that you are testing something, not creating a video or obtaining pictures for commercial use. So if you email the CAA, you may ask along those lines; do I need a PfCO if I am testing a motor or set of rotors that I ultimately don’t have to send back?
As I’ve mentioned before, I find it strange the CAA specifically exclude advertising revenue from social media pages like YouTube as not being commercial, so no PfCO required. I go mine to prove a point to myself. And got no change from over £1,000 for the training and actual CAA application. So wouldn’t rush down that route if you don’t have to…
Cheers
Ian

But what’s different here is that you are testing something, not creating a video or obtaining pictures for commercial use.

As you’re aware, it’s not the “video and pictures” that are the real issue requiring PfCO…. it’s the “remuneration or other valuable consideration” … you could be “delivering” something. The thing is there aren’t that many commercial uses for a drone that don’t include “video and pictures” … so people concentrate on this.

Somewhere (that I can’t now find) I’ve mentioned my brush with the CAA and photography, many years ago. I won my case on the “remuneration or other valuable consideration” (… and not knowing at take-off what my passenger (a professional photographer) was going to do … the old “you can’t retrospectively classify a hobby flight as commercial” thing). But they explained to me that the “purpose of the flight” is irrelevant … and the real reason they make the distinction between hobby and commercial (PPL/CPL in fixed wing flying) is the increased chance of a pilot taking that extra risk, or pushing the limits of safety, in order to earn that extra buck and/or keep the client happy.
Let’s face it - most people would do things (legal or not) for sufficient money that they wouldn’t do “as a favour”. And if it was enough, they could also find themselves taking that extra little bit of risk. It does make sense … imo. Hence the weight put on Ops Manuals and risk assessments in PcCO.

As I see PfCO, whilst they never quote that aspect anywhere I still believe this is the better justification for it than the simple “remuneration or other valuable consideration” criteria. But, putting the “extra risk …etc” into black and white wording is nigh on impossible.

So - we are stuck with what we have.

@OzoneVibe All very true words and I have often mentioned the fact that money and client expectations may push you into flights you otherwise may not choose to do, But, whatever the motivation, ultimately it still boils down to the flight, not the money. Irrespective of whether you push your own personal limits because of money, the bottom line is it’s the flight and flight plan that carries the risk, not the money.
And for the single time you have a crazy debate like this thread, on whether the fact that the OP gets to keep the props or whatever that makes it a commercial flight, you have a hundred undebated flights like a simple estate agent’s shot going up 50 feet to take a picture of a house but having to learn about katabatic winds for 2 days and forking out over a grand just to do so…
So yeah, here we are, but (admittedly after 4 beers), it could be so much better than the complete mess it currently is… We could have a simple “fly below 150 feet and it’s nothing to do with money or the CAA” rule and another “fly up to 400 feet but do your training” CAA rule. The CAA have stated their role is to regulate airspace and prevent altercations between air users. Last time I looked, there weren’t too many aircraft wandering around 100 feet except near heliports… So what possible business is it of the CAA’s if you’re flying 20 feet above a house to put a picture on Rightmove?
(Tries to step down off soap box. Trips. Doesn’t care. Reaches for another beer…)

… and raise you a proper beer! 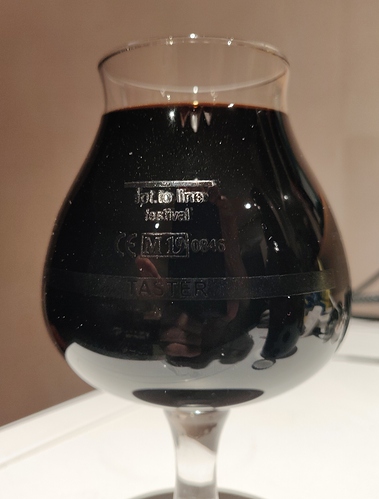 Of course if all of these review took place indoors, then it would be nothing to do with the caa?

Of course if all of these review took place indoors, then it would be nothing to do with the caa?

That’s exactly how I read it too.
Interesting point but fact

Im sure this will be answered in 1 word…but

If I was employed as a drone operator working in agriculture, where crop and farmland surveying was the mainstay of my work. Would I need a PfCO?

My father in law, a farmer asked me to take some footage of his farmland a couple of months back. He was curious about crop density in various fields. I found it to be quite an interesting little project and it did get me thinking…

I don’t plan on being employed in this ‘field’, I’m just curious that’s all.

If I was employed as a drone operator working in agriculture

Would I need a PfCO?

Im sure this will be answered in 1 word…

Daft isn’t it, you can fly over that field all day long taking as many images (multispectral or otherwise) as you like.

The moment you’re getting paid for it…

I had toyed with the following scenario, albeit knowing the answer would be a ‘Yes’ :

I thought that if Id been employed full time by a company to survey their land so permission given regardless, then I potentially wouldnt need a PfCO.

Does that mean that Janice who is employed as an accountant could get her drone out and take some footage of the same land without a PfCO as she is employed i.e. on the payroll / already getting paid to do their accounts. ?

Although I rather gather that because she took an hour or 2 out to go work in a field this would class as her being paid by the same company to fly a drone for them. So essentially would still need a PfCO !?

I think a court might see that as the employer simply taking the piss?

Pretty sure any insurance provider would too