This graph here is from the short flight after the incident , when testing to make sure all is ok ( with a fresh battery ) 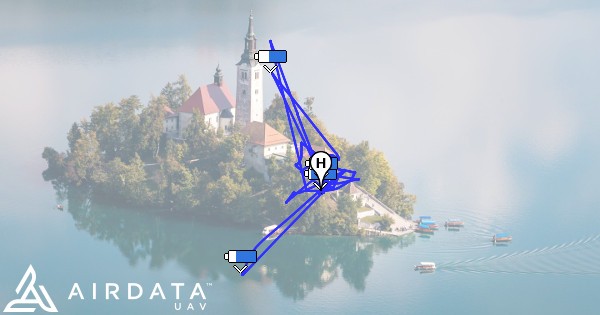 I wasn’t there Richard but
the evidence says you crashed it into the ground, the drone was fine, but 1.2 seconds before impact you were still Left stick down right stick up and had been for 22 seconds before

Thankyou , yes I understand that as I was trying to get back from the rain coming in so I haven’t a clue

call it man error then thats fine , does it show you negative altitude on impact by about 20 foot would you know , not that it makes a difference and as i always say I appreciate your understanding in the air data and all help , just a couple of things don’t add up that I was trying to work out , nearly 30 mph towards or into the ground you’d expect a mark ( which I know I’m repeating there’s not ) and when you cross reference this with what you’ve worked out within the air data and the screen recording ,
The one below yes you see it go from about 25 mph to 7 mph in that 1 too 2 seconds then stop but where it headed to the longer grass as per video above ( which is also what I see on live feed ) , surely on approach it didn’t look at that and thought I’ll land over there were the grass is shorter figure of speech that is , your graph is right in we’re I found it 100% but the video of impact isn’t , so then makes me also wonder how it got from the long grass too the short grass in the other part of the field at least maybe 150 - 200 ft away if that makes sense , that terrain were I found it was also full of stones were the farmer had turned it , not debating by no means and again I praise your skills in this just don’t know the answer is probably easier to say , unless I drove back out there and done a walk video from the long grass recording to were I actually found it would be easier / explanatory rather than the SA 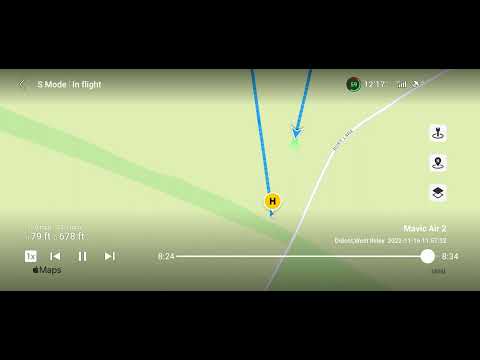 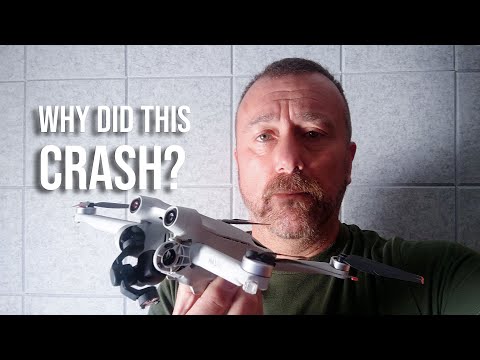 You could see @ianinlondon did this video with gritted teeth and mad with himself. Glad he found his answers through the excellent site airdata.

13 satellites is not the best but a safe number it did not lose any satellite’s as you must have been above the horizon at the time, it was roughly 43 secs from takeoff to crash

Sorry Ian you know more then me,

but looking at the data I would not be blaming satellite’s as I brought this subject up here before, i had no wind on ever side of the river but as soon as I tried to fly up the center it threw my drone all over the place and was told it was wind turblence which is not predictable over water and between rocks, this would be the weakness of a very light drone compared to a heavier one.

@ziceman airdata, I was having this exact convo last night how much I don’t understand “airdata” and I don’t use it to the extent of many others, however realising that Airdata is kinda like a black box to a plane, which tells you pretty much everything it’s something that I am now going to try and learn.
I will also be making many other checks before flight and some of the things Ian has pointed out, I’ve always took for granted your home point has been updated, please check it on the map !, I will try too take away some learning from this for sure.

Airdata is great information but can be interpreted in many ways, as you know @Kirky you were adamant it was drone error where some would agree with you others would not, as we are not there to see the environment like yourself or Ian we maybe read the data totally differently from eachother.

I just know from trying to fly upstream it’s totally wierd flying and a second taken eye off the drone it’s normally getting pushed to the sides into the tree line over hanging the river, it’s a wind tunnel even on the best day.

a second taken eye off the drone

I totally agree and on the day of my misfortune, I was trying to re spot the drone, panicking as the wind and rain coming from all angles too, trying to keep my eye on the screen as well.
The descent was so fast compared to usual my instincts of what I thought I’d learnt holding down the stick to bring it down with my eye off, with my own judgement from past descends caught me out too I reckon.
That being the wind was making it descend faster which in turn my gut calculations on a rough guide where I thought it would be altitude wise I was wrong, well at least that’s what I’d like to think but yes still my error “ hands down “, still can’t get my head round as to we’re I found it tho……
Another lesson learned and hopefully not to happen again or at least anytime soon

Sorry edit : a bit like when your driving you get the feel that you know your doing 30 mph without looking at the clock, hope that makes sense.

That being the wind was making it descend faster

Was it Wizard of Oz style winds ?

Was it Wizard of Oz style winds

It was a collab, the wizard of Oz with a touch of twister

looking at the data I would not be blaming satellite’s as I brought this subject up here before, i had no wind on ever side of the river but as soon as I tried to fly up the center it threw my drone all over the place and was told it was wind turblence which is not predictable over water and between rocks, this would be the weakness of a very light drone compared to a heavier one.

Well, I’m waiting on the ‘expert’ analysis from DJI. On older drones, 13 sats was plenty, but I wonder if they include sats from GPS, Galileo and Bediou, which could mean no one GNSS system actually had a decent lock…
Sure there was a good breeze from the waterfall; nothing the Mini 3 couldn’t handle though as I’ve had it up Beachy Head in full on gales…

I’m waiting on the ‘expert’ analysis from DJ

Hope you let us know Ian

@ianinlondon only speaking from my experience’s, hope no offence taken, I’m no ‘expert’ it was a question I asked a while back as I could not get it to fly correctly and when I would look down to do some adjustments hear the drone getting louder and looking at it as it’s going backwards and sideways clipping branches with it’s props and I would start panicking as i thought I be quickly going for a cold dip to retrieve it.

I was told sensors and reflection so tried higher and same result and then it was mentioned wind turbulence which to me made sense.

It’s normal. Your sensors were disabled because you were in sport mode. If you’d been in normal, sensors might have been able to avoid the ground. But your battery health looks fine. 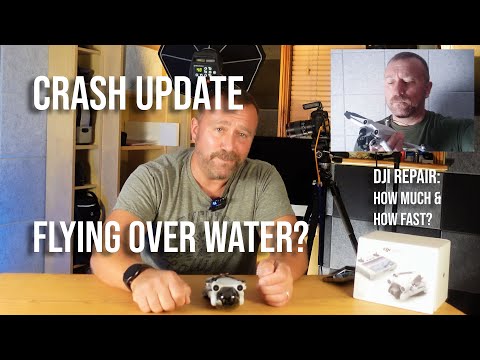 So glad for the update,

I never read the information pack

it’s probably answered my questions, unfortunately i don’t think you can turn off doward obstacle avoidance in any mode, need to see what covering it will do.

It’s great to see @ianinlondon is a happy teddy again, what a fast turnaround this deserves DJI a thumbs up 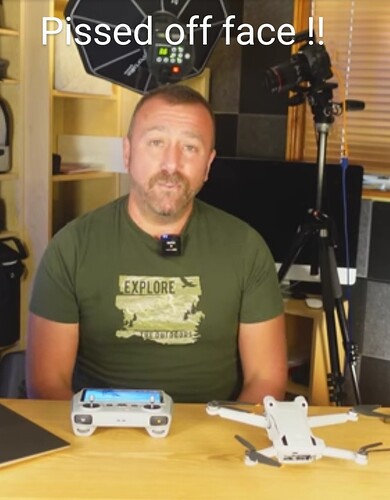 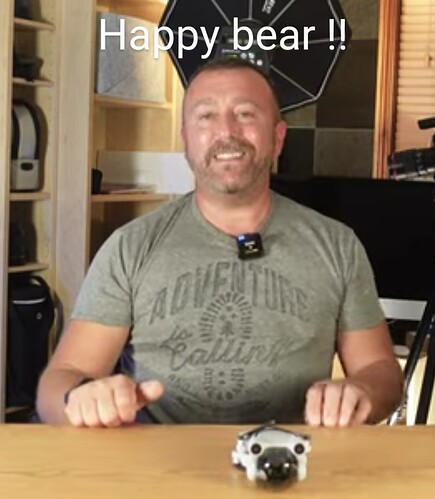