Flying beyond VLOS - not mine

Anyway, this video is ace and exactly why public need to be educated, not sure if this chap is a member here but he should be 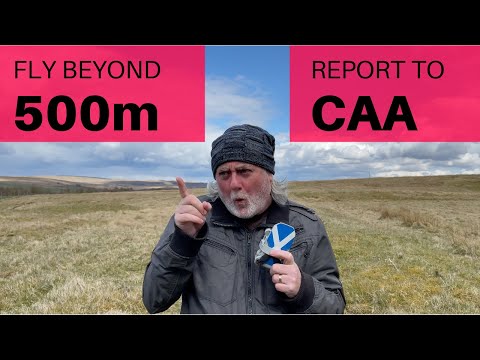 Love it , was laughing all the way through

He seems quite emotionally attached to Lassie

Worth subscribing to Windswept’s YouTube, love Lassie as a drone name.

Subscribed to him for a while. Very entertaining and down to earth.

Just watched him playing hide and seek with Lassie - brilliant

Love his RTH where he disconnects the controller, and just waits hoping it will come back!

Definitely worth the sub.

I’ve been subscribed to him for a couple of months. What I like about his uploads is it’s just a bloke who likes to fly his drone, share his experience, and give some interesting info about the area he’s filming.

Now if he was flying in a significantly built up area, next to an airport, while saying things like “Super Stoked” and “Ya know what I mean, Brah” then I’d insist on chemical castration. But this guy is flying a Mini2, literally in the middle of nowhere, so what is the risk if he does go 501m?

I thought I was the epitome of the anally retentive drone owner but it would appear I’ve lost that crown if some Norbert The Narc reported him to the CAA.

while saying things like “Super Stoked” and “Ya know what I mean, Brah”

Damn bruh you just killed the vibes on the next Vid I was upping super stoked about London Gansta Town G!

He also didn’t start his video with, "Hey, what’s up everyone

That’s a win in my book.

I’ve watched a lot of tutorials on some video editing software and this one guy, despite how good his videos are…starts everyone like that

"Hey, what’s up everyone

I watched it just for the accent and humour!! Brilliant! And wow, to think we can fly for miles without breaking the rules. Only a Scot could have found that out!! Scotland 1 - 0 England.

I follow him on YT and love his videos.

Playing devil’s advocate though, if he loses connection and it returns to home then he’s going to lose VLOS pretty quickly. Of course he could be manually updating his home point but he doesn’t say so.

Nahhhh, if he updates his home point the app will suddenly realise just how close he is to the drone and spoil the illusion

RTH seems slow enough, I reckon you could get back to the actual home point as quick as the drone is flying

Yes, I’ve been watching Robert’s YouTube videos for a while now. He’s very entertaining, but also provides some valuable tips.

Before my DJI Mini 2 went AWOL (my fault according to DJI Flight Analysis at customer care - I crashed into a tree when my attention was momentarily diverted) on an earlier occasion my controller lost contact with the drone, but as Robert has demonstrated, it returned to home with no problem.

Hopefully, I’m off to Scotland soon so hope to capture some shots as good as Robert’s, providing DJI Refresh has provided a substitute by then.

Happens to the best of us! Hope the Refresh comes through in time.

Scotland is on my list of places to get too, 33 years on this planet and never been