My name is Paul and I am a Mavic Pro pilot living on the east side of the river in Liverpool.

I am a keen amateur photographer and have been getting into video recently and bought the Mavic so I could get a new view of the world. A lot of my flying is over water so I am always interested in water retrieval ideas - hopefully to be never used !

I am not sure about our City Council’s policy regarding drone flying in public spaces such as parks. Several years ago I owned one of the first Phantoms and I used to fly that frequently in Sefton Park without a problem, other than sometimes attracting a friendly crowd of onlookers. I suspect it would be different if I tried again now sadly. Despite being quite close to the airport there is a good little field near where I live and I can fly without being hassled by anyone. I have found it a great place to practice my flying and camera skills.

I would very much like to do some filming down at the Pier Head and specifically of some of our iconic buildings like the Three Graces. I don’t think it would be a good idea to just turn up and fly but if there is anyone else locally who would also fancy it then get in touch please. My Idea is to approach the Tourist Office at the council and try to get official permission to film early in the morning when it is quiet. We would have to complete a risk assessment etc etc but if they granted permission we could offer them royalty free use of our footage and also put it on a stock photography site where anyone could purchase rights to use it for a modest sum. The motivation would be to get pleasure from flying round some of the most famous buildings in the world and hopefully also get some great images rather than make money from doing it. I don’t want to appear unfriendly but anyone who fancies joining in would need to be a reasonably experienced pilot. I think it would be likely that the council would send an observer and we would not want to be seen crashing into the Liver birds ;). I have not had my Mavic for very long so am not more than at intermediate level in terms of flying skills so please don’t think I am only looking for experts - just anyone who has a drone that can fly safely and reliably at a distance of 50m from a building. Saying that, if you are a less than fully confident newbie you would be more than welcome to come along and watch if you fancied it.

I was recommended to come here by a guy from the Mavic Pilots forum called Brian. His user name there is choo choo but I do not know what he uses here. So a big thank you to him for the intro.

Anyone who wants to get in touch please have no hesitation

Hi Paul, and welcome to GADC.

If you haven’t already, take a look at the Map of Members. This is a relatively new feature so not everyone is on there, and I’m sure there are far more members in your neck of the woods that will come and say Hi.

(Don’t forget to add yourself to that map : Members’ Location Map - A Guide)

Also, if you’ve not seen it, check out our map of locations where other members have flown that you may find useful:

You’ll find there’ll be plenty of helpful advice, and probably others with specific local knowledge to help with some of your questions.

Hi Paul and welcome
If you are going to fly and put your photos/Film on a stock site you would have to have your PfCO license all flights for commercial gain come under this
If you are offering for free to the council/tourist board then no problem
Only issue you may find is insurance public liability in case as you say fly into the liver building.
Biggest problem I would see is finding a day with little wind
I could be up for it though 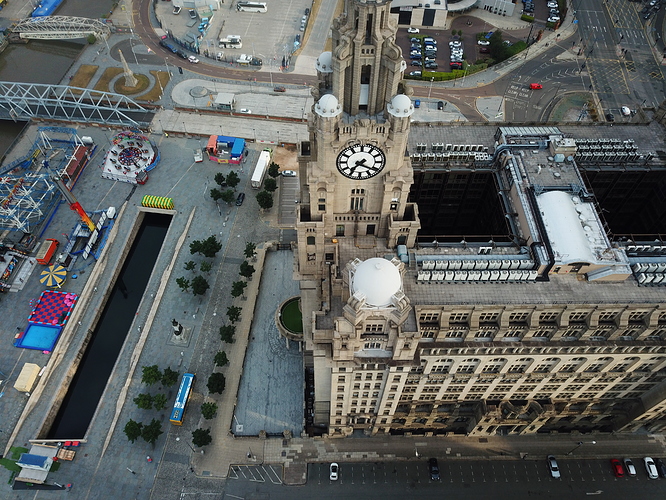 If I remember the roof?

Hi Paul. Firstly, Welcome to the GADC from me, aka Choo choo on the mavic pilots forum.
I hope you get as much enjoyment from our community of fliers as I do and look forward to seeing photos and maybe meeting up at some point. There’s lots of friendly banter on here, and the best bit… we don’t have guns like they do stateside. (We’ll most of us don’t) lol.

You remember well. It was more for our new member @storyline to answer.

Hi Paul @Storyline I’ve not seen any written LCC policy on flying drones but I’m sure if you start asking questions they will publish one.

Yes, but that dirty great building is in the way, it’s a post office van

Welcome to Grey Arrows @Storyline , glad you could join us

Is that your boat in your profile pic?

I was watching IKopter youtube channel and he was talking about stock footage.
if you have filmed stuff as a hobbyist and decided to put it on a stock footage site then thas fine.
if you have specifically filmed to make money then that’s when you need a PFCO according to him. 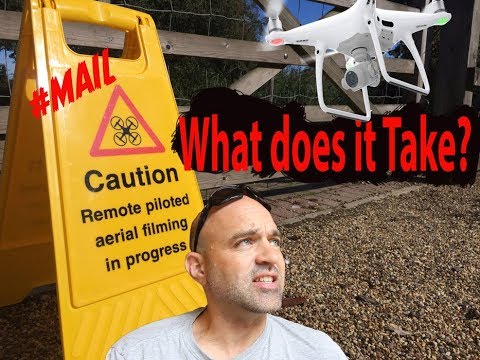