A thread to discuss anything INAV related … quads or wings whatever

iNav users primarily have chosen it for it’s GPS features. This means that the quad has to reliably see at least 8 satellites (some people will say only 6 is needed but on a fast moving object were some sats may drop out I believe 8 is the minimum working number) This is fairly easy to achieve on a small quad, I have one on my TinyHawk, but the 120/180 size units are not as sensitive as the larger 880’s Best to fit one with a tiny battery included as it will store last positions and make the…

I’ve built 5 or so INAV planes in total but I’m wondering about converting one of my quads from Betaflight to INAV over the xmas break as something to do, so I shall watch this with interest.

I’m thinking of using my 3" Diatone Roma. I think the only hardware I’d need is to swap out the GPS for one with a magnetometer? Not needed on a plane as direction can be had from the GPS as it’s always moving, but I think it’s required on a quad?

but I think it’s required on a quad

Yep, needed for a quad, but can be difficult on a 3”er
I’d strongly recommend on a mount above the power stuff

swap out the GPS for one with a magnetometer

Or add a separate magnetometer board, they are small and only cost a few squids, plenty on eBay and reliable from a UK seller

iNav version 4 is now with us. It’s released as a Release Candidate at the moment but word is that it’s pretty solid. Apparently the devs have been flying it for a few months now on quads and wings.
I loaded RC1 onto an old 5" quad at the weekend and due to cold weather only had chance to fly in my back garden.
It was smooth on take off and maintained position hover well, all on the default settings.
It did not ‘toilet bowl’ so compass seems to be stable and compass reading in OSD follows accurately the ordinals NSEW.

There is a new configurator version needed for 4.0 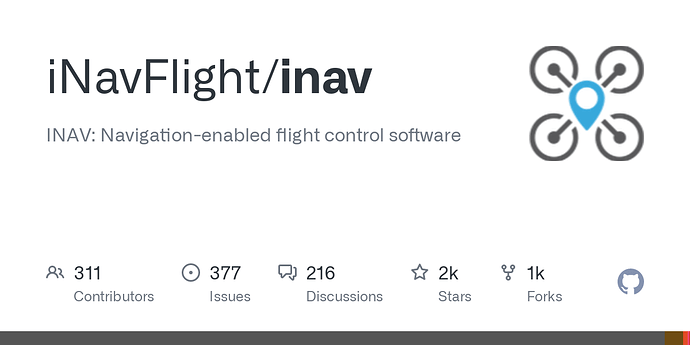 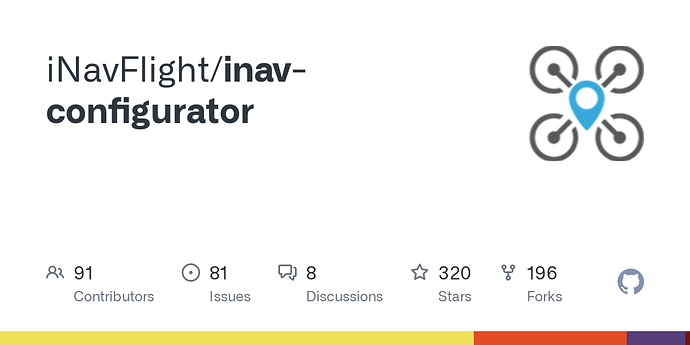 Contribute to iNavFlight/inav-configurator development by creating an account on GitHub.

separate magnetometer board, they are small and only cost a few squids, plenty on eBay and reliable from a UK seller 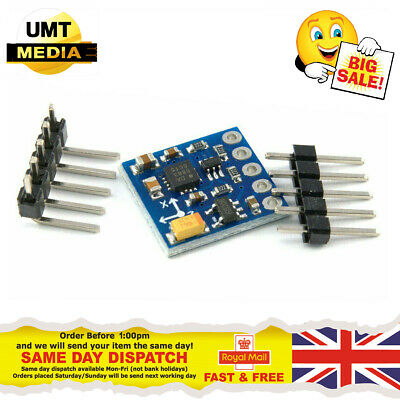 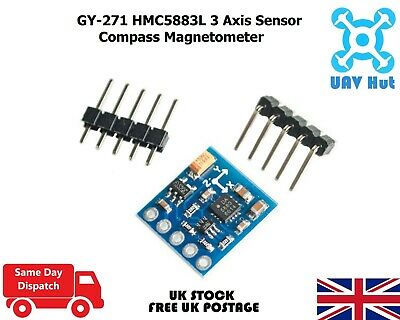 Steve, I don’t know if this matters on your quads but be wary of these as they are mostly fake HMC588L chips

I had a few, some work some don’t. the last one I got wouldn’t work with the code that I use with my quad
as it is in fact a QMC5883 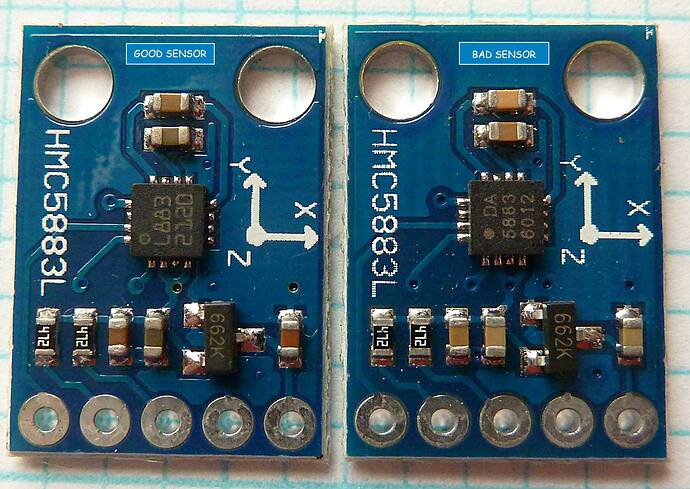 Hi, and welcome, Before I start, I want to mention an important thing: I recently bought an Arduino module which is HMC5883L (GY-273) I tried it with its library but unfortunatley it doesn&#…

This one I just bought, it came yesterday but I haven’t had time to try it yet but it’s a genuine as its marked L883 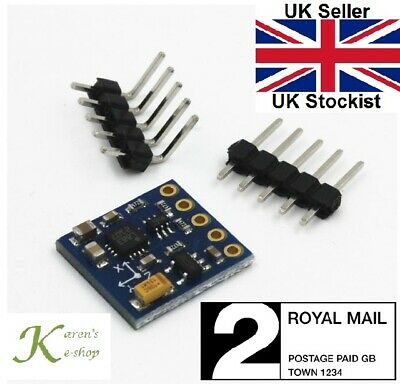 Hi Wayne @Sparkyws
Thanks for the heads-up

iNav configurator allows the selection of the QMC5883 variant, it will also auto-detect it, and they run OK. There are coding differences with the QMC variant so user needs to check the marking on the chip and select accordingly
Over the past few years I’ve used both HMC and QMC and they have been all OK when used properly.
However if I have a choice I’d go with HMC but I did hear some months back that production of these had ceased by Honeywell and only the QMC is now readily available

Moral of this… check what you are using and setup accordingly

This article explains better than I

I’ve been doing some research into converting my Connex Falcore from the custom Cleanflight 1.2.4 target to iNav, unfortunately the info on this is very sparse. In fact, after trawling all the forums and Facebook groups I’ve only found one person whom has done this. And after the conversion access to some of the sensors, significantly the downward facing Sonar and key components of the OSD, was lost.

I’ve managed to find a replacement motherboard from GetFPV. I figured I could load iNav onto this as a test while retaining the CF FW on the original. But the shipping costs exceed the cost of the board, then there’s the taxes and the inevitable pound of flesh the carrier will ask for, making it quite an expensive experiment.

I guess this is the price one pays when a manufacturer creates a product to use an OpenSource resource but doesn’t share the target firmware. If I had access to the original firmware then the risk would be negligible, but not being able to roll back if iNav produces problems is a risk I don’t think I’m prepared to take with this innovative quad.

I pretty sure the genuine ones are not manufactured anymore. That’s what I heard anyway.

This is what @Sparkyws was warning us about…

I bought this 2-3 years ago, not used it yet, still sealed in packet.
Label says HMC5883L but chip is marked DA5883 which means it’s a QMC5883 variant
Not ‘fake’ just different BUT why oh why is the label HMC5883, very confusing if you’re not aware of this.

To be honest I cheat, I let configurator auto-detect and it always come up with the correct one and then always works 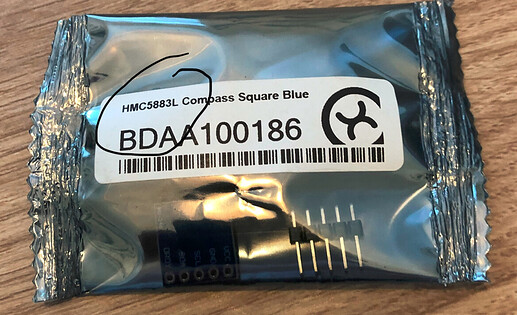 That’s what I have read, but you can still get them its just luck of the draw, the problem is the QMC ones use a different register and the code I am running won’t work with them 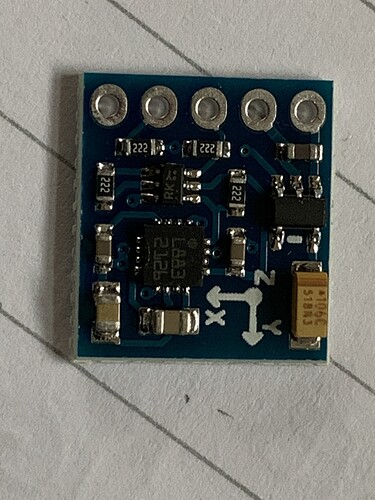 This came yesterday, it is a genuine HMC and is working with my code

I just found one of these in my bits box. I bought it years ago with the intention of making a model boat auto-pilot… it never got used. Will it be useful at all? 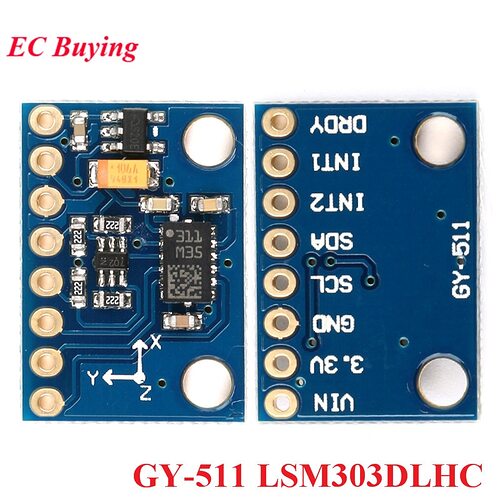 Will it be useful at all?

Not for iNav. This unit is a combined magnetometer (compass) and accelerometer. The compass is not a sensor that is supported by the iNav code and multiple accelerometers are not supported either.

This is really for those clever guys programming their own stuff on Arduino’s and the like. (@Sparkyws might find it useful)

At current price of just £1.56 personally I’d put it back in the ‘bits box’

Yeah, I did some research after posting and realised that.
So programming on a Raspberry PI was exactly what I bought it for… it just never got used.

Back in the bits box it goes…

Any ideas why my OSD config screen looks like this? 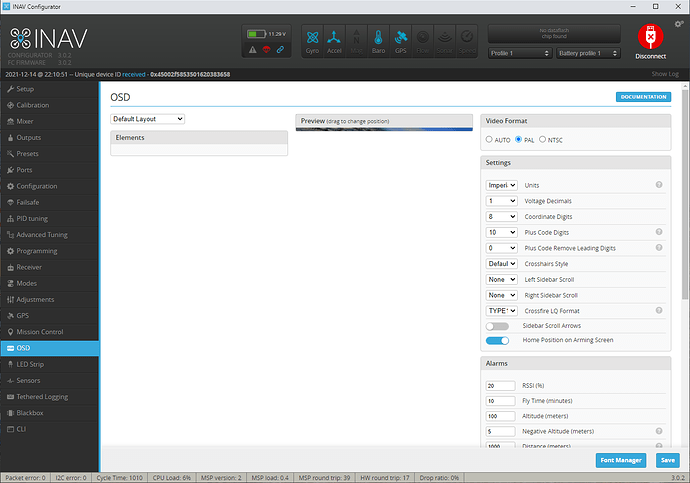 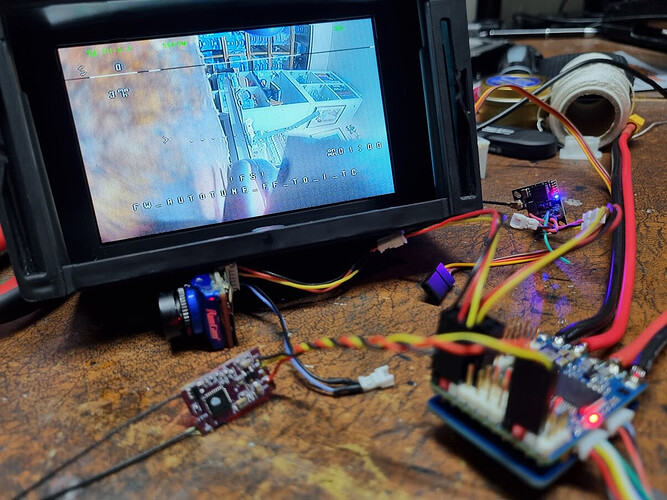 Servos work, RX works, GPS works… Not got a motor to attach to the ESC yet.

Your OSD configuration screen is showing the default view, check your modes to see if you are using one of the alternative views
As regards camera image, you need to go into camera setup, (usually with a little PCB switch board but some cameras can do it via the TX) and flip vertically the image, you may also need up do a horizontal flip as well.
HTH Steve