Been looking round here and a few other places with the thought of putting together a self build however much of the talk is focused around FPV & Racing drones (fair enough, looks like a lot of fun) however I’m after something a bit different.

I’m looking for something that will slot in under 1kg, but it doesn’t need to fast, I’d rather fly something with larger more efficient props (9" ish) but all my searches bring up frames for smaller FPV racing.

If anyone has recommendations, or just wants to throw some better search terms out there, then I’d be very grateful.

I’ve seen looking around that I might be better off stepping down to 7 or 8 inch which is fine for me too, perhaps something like one of the XL8 clones.

It’s going to need to carry an arducam on a small gimbal and a heavier (60g) GNSS receiver for RTK positioning, I’m not dead set on having it under 1kg but it’s a bonus.

If I can get the GNSS under 40g I should be able to strap it to the mini 3 but need a development platform for it.

How about a DJI450 (quad) or 550 (hex) frame. There are plenty of copies being manufactured still or buy a complete rig with rx, flight controller, GPS, motors and ESCs for not very much second hand 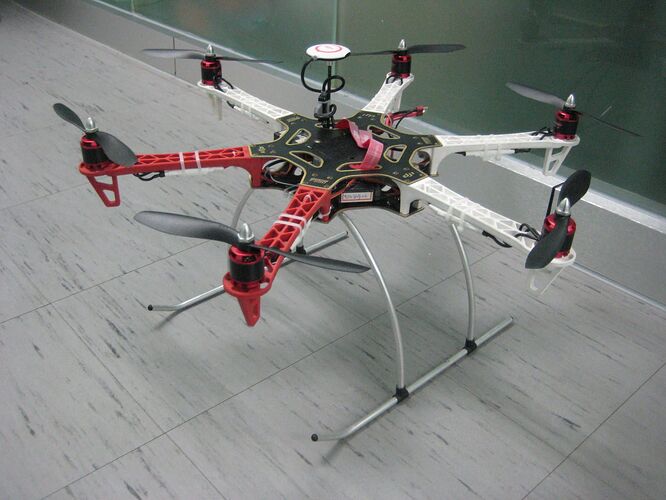 Thats a good shout, will definitely consider it. I’m interested in learning to spec one out myself as well though as part of the process so will pursue both avenues in parallel and if it all goes to pot look at getting a second hand system.

Have you seen this ?

Hi all interested parties. @Steviegeek and I have set foot on a path to build a 7 inch drone each. (@SirGunner 7 inch is the propeller size in fpv speak). We intend to put up each stage, and maybe post a build video or two, answering questions, and gracefully brushing off criticism along the way. Steve has ordered the frames, which I’m sure he will post a link to and explain why I paid for one

Hopefully, they will be ready for some long range action when the weather turns toward…

If you have access to a 3D printer, have a look at the T4 project on thingiverse.
I’ve built an 8 inch version and it’s probably not the most robust quad in the world, but as a testing and development platform for testing various FC/GNSS/ESC/CAM/VTX combos, it is excellent.