Didn’t know that option was there for byelaws, handy too know.

I live in and fly in national parks where the helicopters are a regular occurrence.

Blimey how do you get around their byelaws for national parks?

Because there aren’t any…

So what national park is that then?

Brecon Beacons (which is also where i live).
Also Snowdonia, Pembrokeshire Coast.

No.
Like most national parks in the UK at least almost all the land in it is privately owned or public.

They think they do

The Central Beacons massif is now owned and managed by the National Trust for the twin purposes of conserving wildlife and habitats and providing for everyone’s enjoyment. 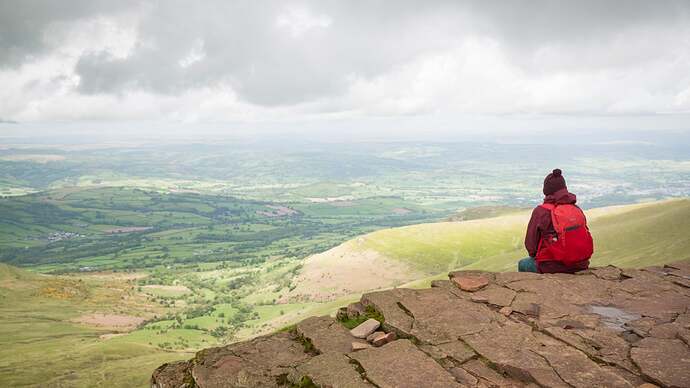 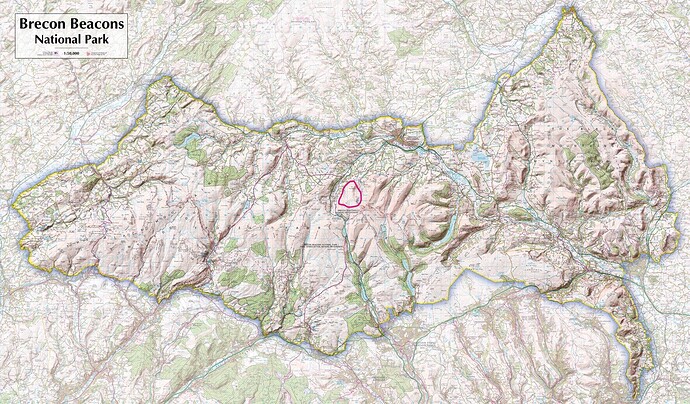 Circled bit is the Massif (and even in there are areas of farms, PROWs and private land). A chunk in the north middle is MoD owned and part of SENTA with permissive access and so on.

Park itself has 10s of towns, some relatively large and villages. My house (and town) are in the park and NT certainly doesn’t own it.

NT typically own a few patches. Usually where there are car parks so they can do the only thing they’re good at - taking previously free or cheap parking and just making it a lot more expensive.

Mate, he’s clearly not a very good solicitor! As a serving copper, I can only echo what others here have already said. If this numpty wants to complain to the police that you’re harassing him, then he’ll have to provide some kind of proof of how often it’s happening, i’e’ he’s logged when a drone has been over his garden. As presumably your drone can log its flights in the app, he’d be on dangerous ground if what he’s logged doesn’t match your actual flight logs.

Oh, and if it’s just privacy he’s ranting about, that’s a civil matter not a criminal one, and in the unlikely event that the local police control room actually sent someone out, civil matters are nothing to do with them anyway! Speaking as someone who spent about half his service in a control room, prioritising emergency and non-emergency calls every day, drama queens like him ringing up about trivial matters will be the bottom of any list of jobs to be attended. Frankly, I wouldn’t have even wasted my time ringing him back to say “Bugger off, we’re not coming!”

Years ago now i took some (totally legal) drone images of the town and posted them on a local Facebook group (Proven very popular - no issues).

2 weeks later knock at the door from 2 coppers who said they’d had a complaint from someone over the photo as it showed their garden so wanted to have a word, attend to the log entry and close it off.

Said they’d seen the photo and saw nothing wrong with it. I offered flight logs along with registration docs proving the legality of the flight but they didn’t see the need to see them so didnt want to look.

Ultimately friendly enough and no issue but ultimately i did get a police visit due to nothing more than a photo on a public Facebook group. Did get a request from one of them to get a photo of his area next time (which was done).

(FWIW image was taken from 400ft and the area in question was roughly 1 mile horizontal distance so we’re talking a few smeared pixels here with no privacy issues).

Must admit i was surprised at the police attending for that given you can’t get them for most things here ranging from anti-social behaviour, bikes, even assaults though.

(on another note, everyone is wondering what that person is hiding in their garden given they were so keen to protect it)

Years ago now i took some (totally legal) drone images of the town and posted them on a local Facebook group (Proven very popular - no issues).

Can’t see the issue sharing images on a site designed for local area images (and literally hundreds of comments on it).

The surprise was it actually invoked police physical attendance over literally a photo, on facebook, deemed legal before even leaving the station.

Karen and Ken exist for sure but they’re not normally able to trigger a police callout. Struggling to find anything else here that does.

Struggling to find anything else here that does.

Never really thought of doing that.
Just assumed as no offence, no paperwork it would go away but good point - something might still be logged.

I wonder if the same person who made this complaint, also complained to Google Maps, Google Street View, Apple Maps, Bing Maps etc, etc at the same time ? Cops should have charged them with wasting police time.

Not just that. Area in question is at the bottom and about 100m away from a hill which provides detailed, panoramic views into all the gardens.

Quite possibly - confusing thing here is police said they’d looked at the photo in question (which as i said 400ft up a mile away and then reduced to 2000px long edge with facebook compression) and determined there was actually nothing wrong with it at all before coming out.
I assume they got my address via my name on that posting to that FB group.

Facebook Karens are everywhere, we know that. But usually their hysterical squealing gets squashed long before that.