I just got a ticking off for flying in a NFZ from a local guy. He sent me a map from UAV Forecast.

I always refer to NATS Drone Assist and there is nothing where I was flying, near Oban.

there is a helipad at the hospital, not shown on the NATS map, 2.5 nm away. Who should I believe?

He sent me a map from UAV Forecast

Why did he send you that?

Who should I believe?

Well, of course, you would say that.

and a wonderful service it is too!

you would say that

Because it’s far more accurate than some random weather app

This is the only airspace restriction in that area: 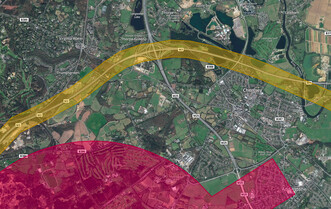 Were you inside this red circle? 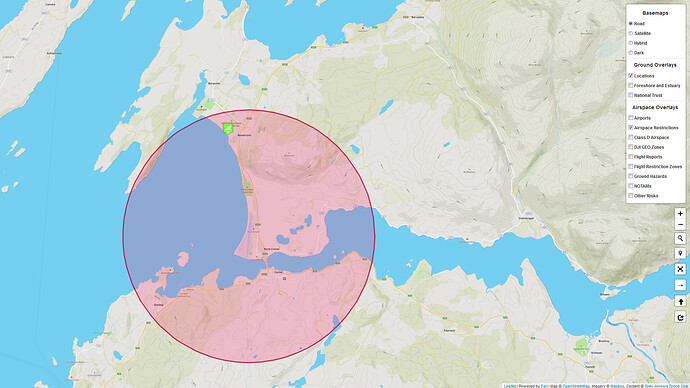 Plus the FRZ runway extension areas … 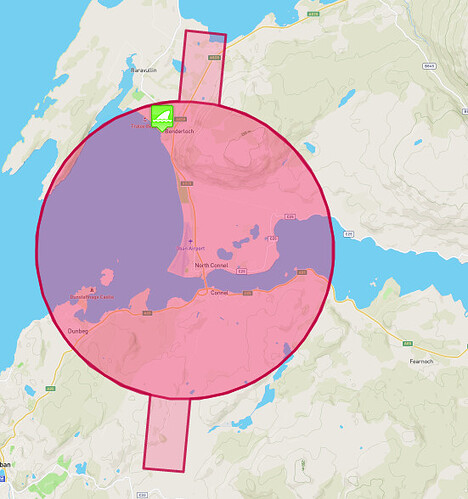 Well, of course, you would say that.

It’s not a coincidence that the NATS app and Drone Scene agree on this … it’s because both use the officially approved data for such info, from Altitude Angel.

Plus the FRZ runway extension areas …

I was just going to point that out!

Were you inside this red circle? 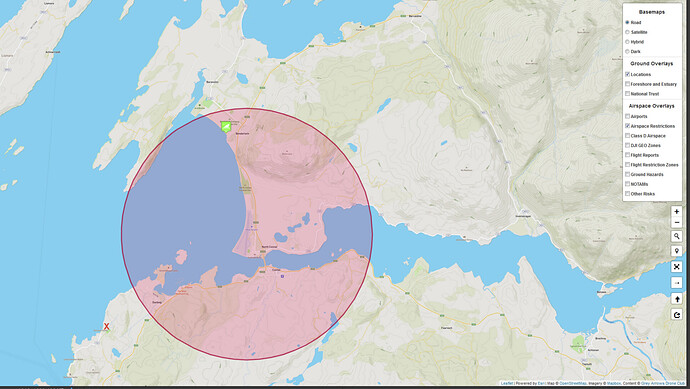 Do you know what the deal is with air ambulance helipads? I’ve just spoken to ATC at Oban airport and they say they’re not under ATC juristiction, and they wouldn’t generally file a NOTAM.

It just rattles you a bit when you think you know the rules and regs quite well and some smartarse comes along and says you’re illegal. I wouldn’t fly if I wasn’t reasonable confident of what I was doing.

You just need to be aware of them and give suitable respect/distance and keep your ears/eyes open.

Flown several times near Portsmouth’s Queen Alexandra Hospital that has it’s own helipad and just do that.

you would say that

Your re-quote made me sound like I was dissing drone scene, which I certainly wasn’t, it is a fantastic resource, which I often refer to. Well done with that, guys.

You just need to be aware of them and give suitable respect/distance and keep your ears/eyes open.

Exactly. I know precisely where they are and am always aware of the possibility.

some smartarse comes along and says you’re illegal

It was a FB post in a local group - of course! I never learn. It was a rather fine pano I posted actually, of a lovely green area which will be covered by 1,000 houses if the planners have their way!

I have had smarmy comments about photos i have posted on facebook “clearly closer than 50m from buildings”. Since zoom lenses and photo cropping dont seem to exist, I learned to just ignore them is the best policy.

Oh I was also asked if i had a licence to film in public, that was on the summit of Blencathera of all places, I just nodded and left them to it.

Since zoom lenses and photo cropping dont seem to exist

It was a FB post in a local group

I learned to just ignore them is the best policy.

I keep on telling myself that but it’s so easy to get sucked in.