As some of you know I’ve been dabbling with the old 3D mapping lark! I ran a trial copy of pix4d which is frankly EXCELLENT but very expensive for the monthly subscription!

Tonight I installed Open Drone Map onto my mac (windows version available) and gave it a go! There are two ways to install it as its open source, so you can down load it and follow the instructions, installing various package like docker, python, pip etc. I work in telecoms and am no stranger to code and dockerized applications but after 5 mins of fiddling I decided to pay the £40 charge for the easy installer which did the job and all dependant package installs in a jiffy.

Then you get a webinterface, which is talking a server running on docker on your machine. You upload your photos and hit process. My mac is pretty quick so it computed it WAY faster than uploading to pix4d cloud. I was very impressed with the result.

I think I’ll be using this for most of my 3D work from now on. I’ll still use pix4d capture app to fly drone and grab the images 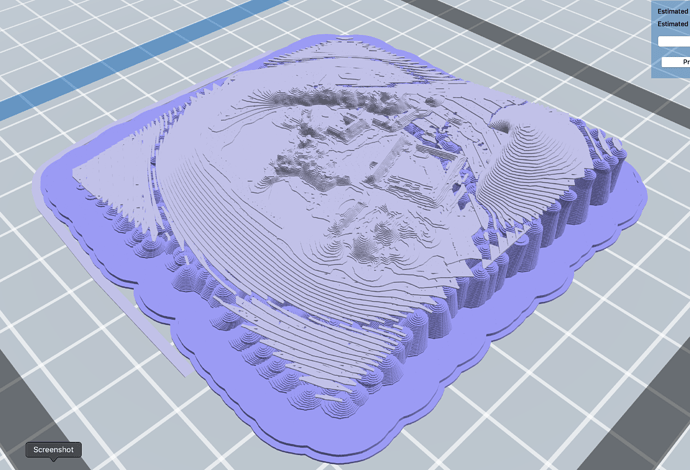 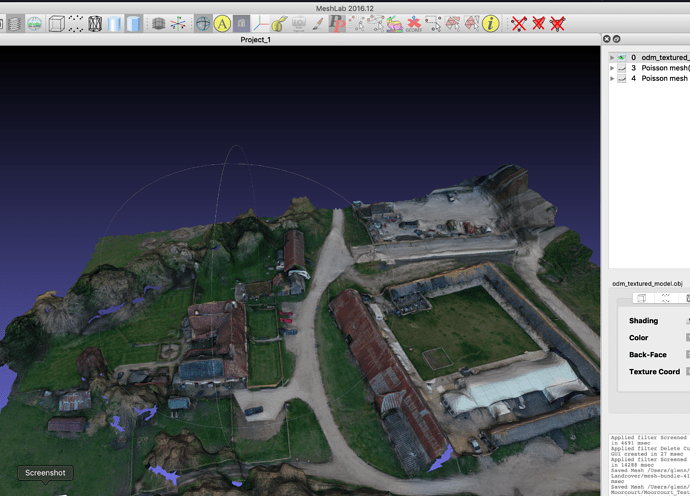 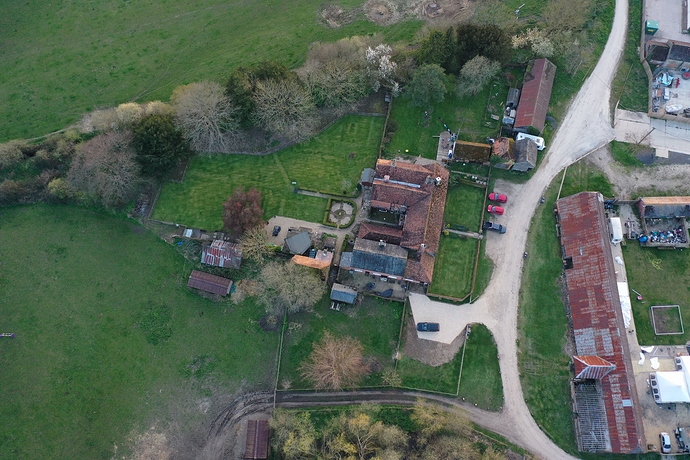 I should probably mention that none of the above images are of Open Drone Map iteself, they’re what I played with afterwards. The first is my 3D printer slicing software creating a preview of the model at very low res (you’d never print it as its too low res), the second is of the point-cloud model that the ODM software (or pix4d if you use that) creates for you. Third is an actual photo from the capture flight using pix4d capture.

Now the below image is the actual Open Drone Map interface, which is really just a pretty front end for lots and lots of maths commands you could run on command line if you were insane(ly geeky).

I’m by no means claiming to be any kind of expert at this, but you can get some good results with a bit of tinkering and learning as you go! 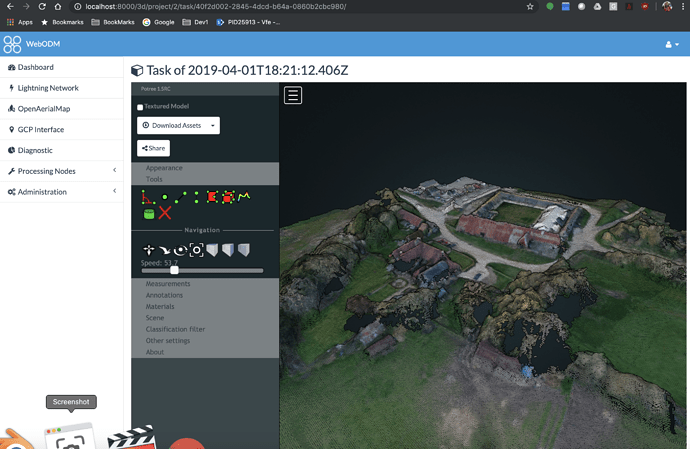 Really interesting Glenn - May need to buy you that coffee for a longer chat about this!

Last years MacBook Pro so pretty nippy! However with Open Drone Map you can signup to “Lightening” a small batch free cloud computing service, with this you off load some processing into the cloud for free!

It’s really quite impressive what they’ve included in the package!

Thanks … will have good look at this . I’ve been wanting to try out running dickers on my Mac . I now have a reason .

Not sure about dickers Joe

Not sure about dickers my self - meant dockers- auto spell correct thinks I’m talking about dicks. 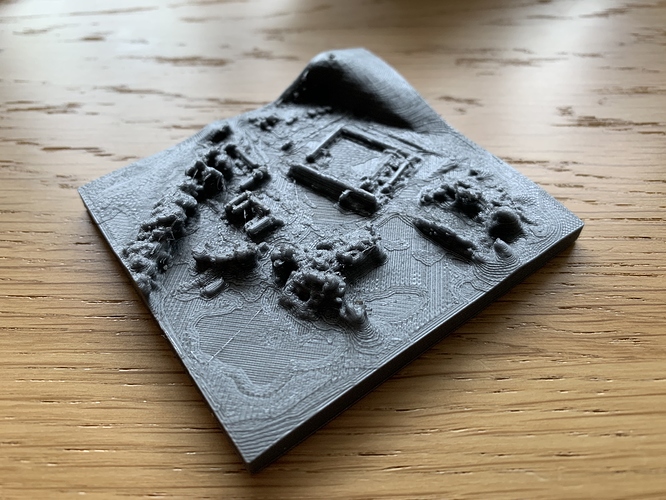 Little test print from the model.

Is this done with or without rtk ? I.e…just images ?
Hope this ain’t a stupid question.

RTK is the super accurate geopositioning system used by surveyors right? Nah its not that, just images from a Mavic 2 Pro!

Todays learning curve. I fly a 1km grid on pix 4d got about 5GB of images back. Every time I uploaded them to ODM via the GUI chrome crashed out. Moved to safari, no crash. Then some 30 mins into processing ODM crashed! Looked into it and the default docker container doesn’t have a lot of memory, so I upped its CPU and memory allocation in docker->preferences. Next issue was Mac would goto sleep during processing ruining it all! Turned that off! Now crunching away! Fingers crossed!

Also found out that Blender (3d modelling tool) has a Blend4Web plugin that lets you export models directly as a webpage very useful!

Appreciate you taking the time to share your journey and experiences in this arena Glenn, very interesting stuff!!

Thanks Glenn
Great that your trying this out for me

In my humble opinion this is where the money is in drone work, taking the tool, and adding value by doing something useful or unique with the data you can aquire. We’re well beyond taking photos for estate agents or roofing surveys now! No worries guys, I enjoy sharing, and love your comments!

In that case - I’m going to shell out for the installer today .

Cool… Installed.
Like you , I thought I’d try and install all the dependant software manually. Docker , no problem. Then after installing Python, I thought “fuck this” and shelled out on the ODM installer. All singing and dancing now… all I need is a shit load of images.
This is a bonus for me because I was toying with the idea of playing around with docker anyway.

Nice one! I thought exactly the same! I’m still trying to process a big batch (5GB) of images, and found that I REALLY needed to give Docker basically ALL of my CPU and memory! Might grab an old PC or laptop and get to just run docker and process evertyhing from that!

@Longstride - what slicer (or other software) do you use to create a base under your 3D print? Thanks