Had my first mishap in years. Fortunately no damage except one of rear skids popped off and disappeared.
Anyone know where I could get a new one?

Doubt you’ll have any joy outside getting the the complete body baseplate section, that includes them. 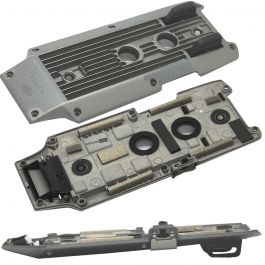 Other than that, ebay? perhaps someone breaking a drone?

Don’t restrict yourself to looking at MPP, the skids are identical to the MP.

Do they just clip in? Have yours come out completely?

If you need to remove the baseplate, that’s a bit of a fiddle.

Contacting a repairer, you may find one that has a broken shell that they’ve replaced and would be willing to sell (give?

) the broken shell part or just the skids.

No its just one of the small skid that the back end sits on. They just ‘pop’ out. No skill required to replace.

Then I’d phone around a few repair shops for some throw aways.

A long shot but does anyone have a rear skid for a Mavic Pro? They just ‘clip’ on and I have lost one see - photo. Happy to pay postage ad a reasonable price.
Otherwise can anyone advise as to where I might get one?

If you know anyone handy at CAD you could get them to copy the other on the computer and get one 3D printed.

I think I will have to get a new base plate on EBay. Bit annoying as its only a piddly little thing but rather essential to fitting my rear ‘legs’

Other way would be to whittle one out of nylon with a dremel.
Pains me to think you have to buy whole plate just for that.

and me - but fortunately the base plate is not as expensive as I thought - particularly if I buy fron China though will have to wait for its arrival!

Are you planning on just pulling the bit off the baseplate and fitting it to your existing one? If so be aware although identical in appearance if not genuine part they may have manufactured the mounts differently so may not fit your existing plate.

Thanks - yes I was but if they do not look ‘right’ I will change the whole base plate. Can not be too difficult can it?

Not sure on that one. Depends if anything is fastened to the inside of the baseplate. Have a route on YouTube there are plenty of strip down vids on the Mavic.

Thanks - yes I was but if they do not look ‘right’ I will change the whole base plate. Can not be too difficult can it?

That will be easier than trying to get the skids off. They are on really tight locator pieces that are more likely to break, and one is covered by some screening.
Also - you’ll need to use some thermal compound to ensure heat from the components is properly disipated through the finned base-plate.

This is the stuff you need … quite viscous so it can go in thick. 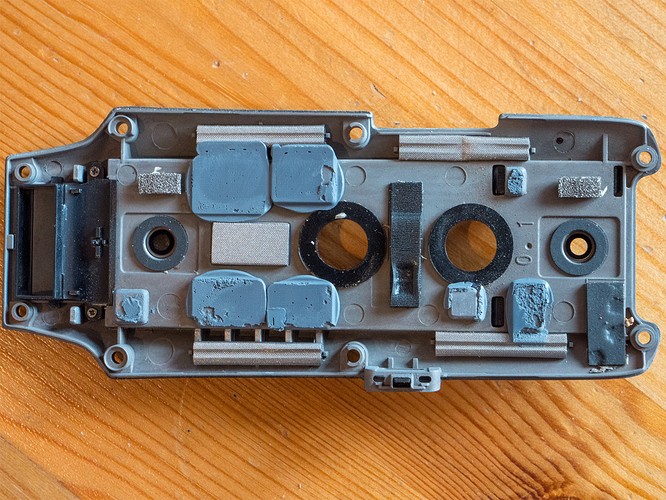 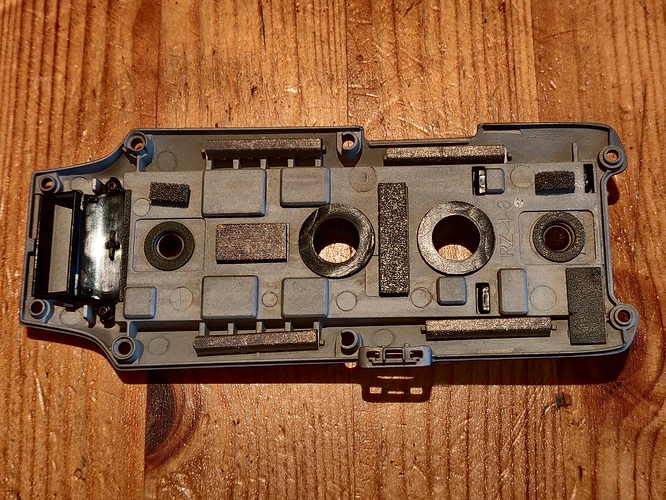 I sent my Mavic away for repair after a crash. It wasn’t cheap but I didn’t want to fall foul of anyone saying I had had a repair done by an unauthorised repairer if I had a further incident and anyone official got involved.
Something like the skid though and me being me I would unclip the other one and cut a couple of pieces of high density foam to fit the area and glue them in place.

Well the skid came off pretty easily when I went through a branch!

That’s worth thinking about. Make my own which I could make more compatible with my special hand landing device!
You have got me thinking

I have a new base-plate here - as per the pic above - I can’t get one off without using more force than I’m prepared to use.

Where they are fitted … 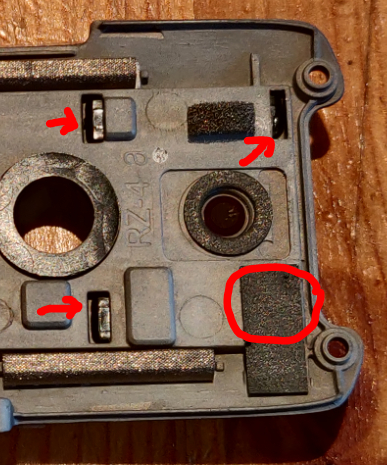