Oh better get an SD Card

Wow very kind of you! Better buy the cam though, lol! 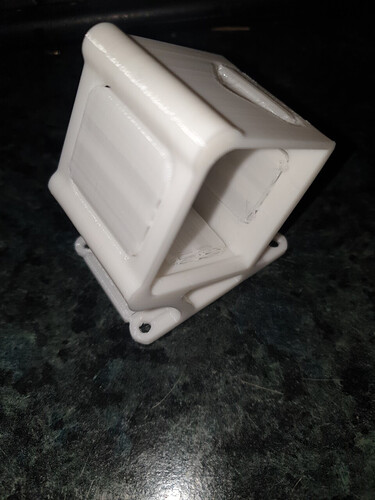 Resurrecting an old thread. My trusty little Runcam 5 Orange fell off my quad a couple of weeks ago and I couldn’t find it. Gutted. Can’t afford to replace it right away as I’ve just spunked a load of money on some Walksnail kit, so the replacement will have to wait another month or so.

I’m guessing the Runcam Thumb Pro is the current action camera of choice in that sort of sector (<£100)? The Runcam 5 was a little on the heavy side for putting on my 2.5" cinewhoop, but I did like the gyro logs which could all be dragged straight into Gyroflow for super quick and easy stabilisation.

The walksnail onboard vtx recording is quite nice. 1080p

The walksnail onboard vtx recording is quite nice. 1080p

The only reason I’ve considered getting walksnail…

Yeah I’m interested to see what the WS vtx recordings are like. Just a shame that you have to faff around with getting blackbox logs off the FC in order to run it through Gyroflow. Probably costs pence to pop a gyro/accelerometer inside the VTX and then they could store gyro logs alongside the video, that would be a killer feature.

that would be a killer feature.

The only reason I’ve considered getting walksnail…

Here is a raw file from the 1s vtx

Nice, thanks, just had a watch. It’s certainly as good as a runcam split or similar. That’ll do me for a while and then I’ll keep an eye out for a deal on a Runcam Thumb Pro at some point.

Here is a raw file from the 1s vtx

Well that’s made up my mind for me. That compression is horrible. Definitely not worth the money for my purposes.

I did not. I will try again

I did not. I will try again

Ok… So… some compression still, but nowhere near as much.

I’d say the quality is comparable with maybe the Caddx Peanut, but without the gyro-stabilisation. It’s nowhere near a properly configured GoPro.

Maybe worth it on a tiny quad. Was that the nano or the bigger one? And what quad is that?

Yeah I watched it direct online from Google drive originally and it was awful. The actual downloaded file looks fine, as good as a £100 action camera like a Runcam 5/Thumb etc. Nothing is going to look as good as a GoPro, but I can’t spend £400 on an action camera.

I think a bit of a shakeup to the drone action camera market may be due at some point. I see Runcam have a DJI digi cam and split board with SD card slot, 2.7k onboard recording and gyroflow integration built in. DJI themselves have their uber-4k O3 FPV cam and onboard recording. HDZero is open source so surely it’s only a matter of time before Foxeer or whoever make a cam/vtx with hi-res onboard recording too. If that happens, I can’t see Caddx sitting back and watching it happen without doing something similar, and anyway they already can record 1080 on the vtx. If that happens, then where does it leave the Runcam Thumb, Peanut, Walnut, etc? Seems like the logical conclusion is either a GoPro for beatiful production quality video or onboard digi fpv recording as the cheaper and lighter option.

Nothing is going to look as good as a GoPro, but I can’t spend £400 on an action camera.

I have two GoPros. I didn’t pay over £140 for either. 2nd Hand is the way. You can still have the subscription and replacements deals from GoPro with a 2nd hand one.

The issue is weight, not cost.