Well I just could not help myself but to fly the Mavic in a snow storm and I can report it can but it caused a few issues, mid flight at about 100ft and 1/4 ml from me my phone crashed so pressed return to home on the controller and while it was doing that rebooted the phone, and then that nice tone of props buzzing in the snow was getting louder and louder until she landed back on the matt I took off from… ran all 3 battery’s and fun was had by all, I will got through the footage now

I was hit by a SUDDEN snowstorm whilst I was already in flight, yesterday. One minute it was Line-of-Sight … then it was Lost-in-Snow. I could still hear it, though, and retrieved without RTH … but my finger was poised in case!

Any pictures or video?
Was tempted today, but didn’t want to lose it.
Sat in car with a fish butty and enjoyed the view with the heater on full blast instead.
Wasn’t a completely wasted afternoon!

Any pictures or video?

When I get a few moments …

just waiting for it to upload from my card, laptops on a go slow…

laptops on a go slow

I’m far too mard to fly in the snow though

This might have uploaded quicker if Resolve hadn’t last been used to export at “Best” quality without me changing it. 2GB for 1:16 of 1080p isn’t the optimum source for a YouTube upload.

Anyway … there I was pootling about the sky over St Catherin’s Hill Maze, when all hell broke out as I was about to execute a POI around the maze.
Of course, it was already “breezy” and I’d been in Sport mode in case it was suddenly needed.
The sudden need did occur … just as the POI mode was invoked … which switches off Sport mode.

So, with tall trees right near where it was attempting to run a POI … with a squall of snow and wind … I killed POI mode, switched back to Sport, and “attempted” a manual circuit of the maze.
Easy enough on a windless day, not impossible when a tad breezy … but add into the equation fingers that had been “flying” for the previous 15 minutes on a freezing day … and it was, as they say, engaging! LOL!

Yes - it’s music-less - only my second use of Resolve. Still finding my way around and couldn’t be arsed.

Whilst the thread title is “Snow”, all that there is here is in the air with the MP in the third segment, not in thick drifts on the ground. Next time! (Hopefully!)

Winchester in the background in the second segment. 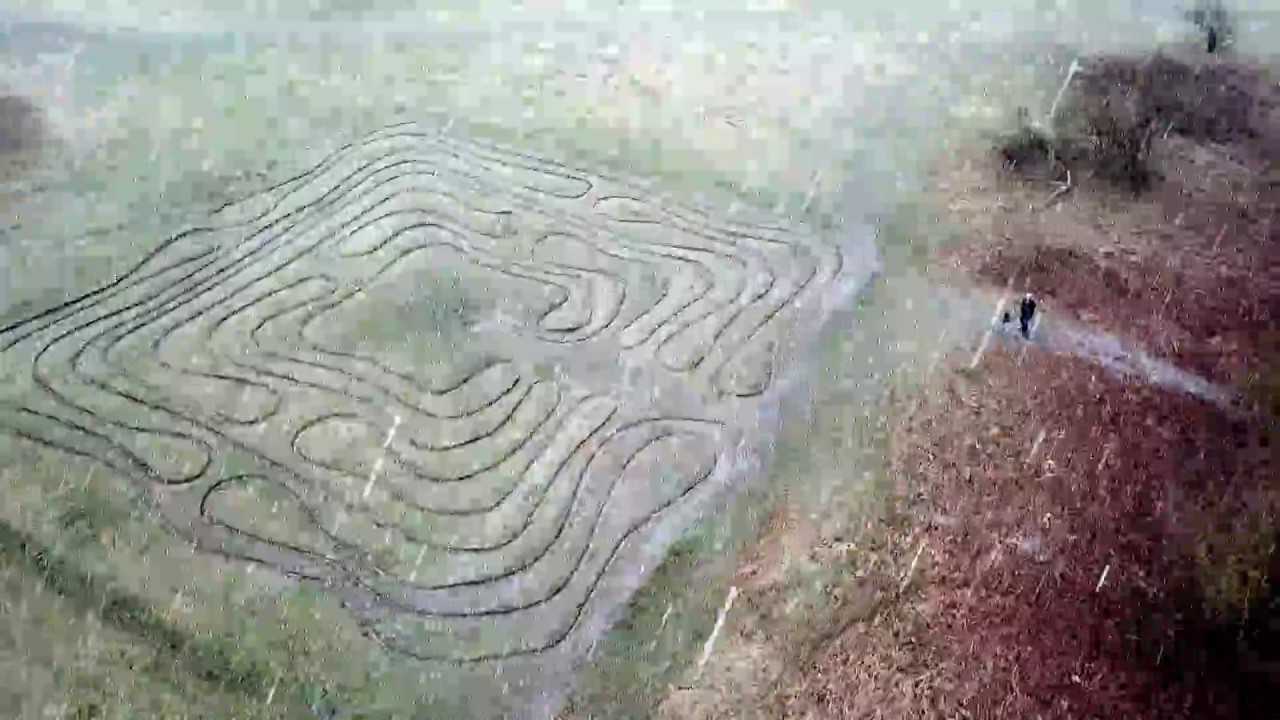 Watch carefully … at the end of my (admittedly silly) initial clip there’s an interesting illusion that things “keep spinning” … especially if you stop it at that point. 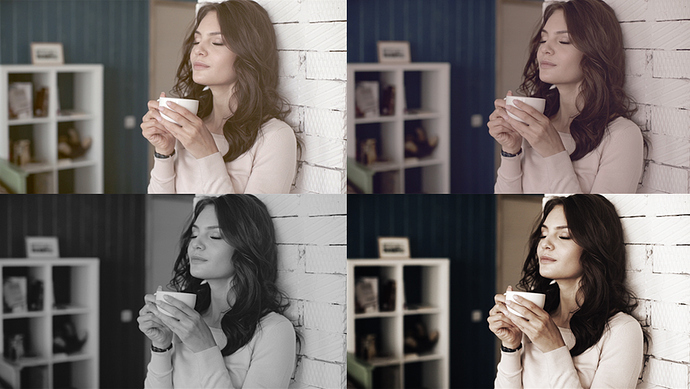 Download 35 FREE LUTs for your next video project. Easily apply a vintage or cinematic look in Premiere Pro, FCPX, DaVinci Resolve, and more!

was blocky when the snow started may be the stream

F’d up by YT. They can’t handle detail at any rate - and this was 200mb/s and crystal clear before uploading.

Here’s a couple i took today before getting snowed off! 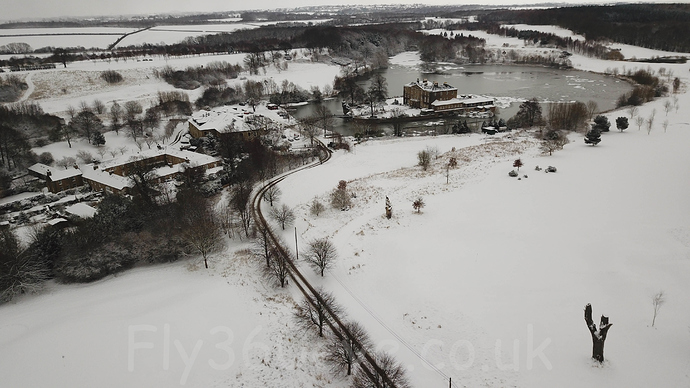 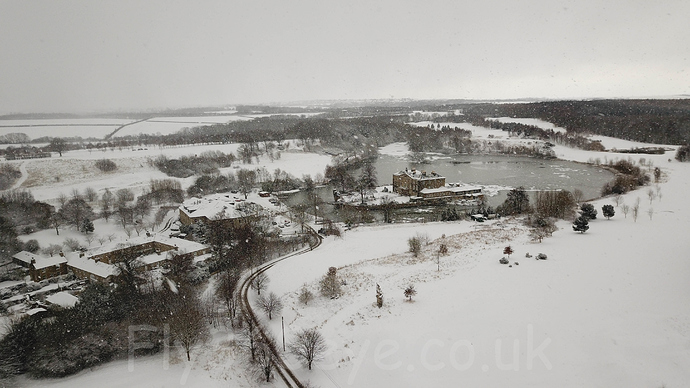 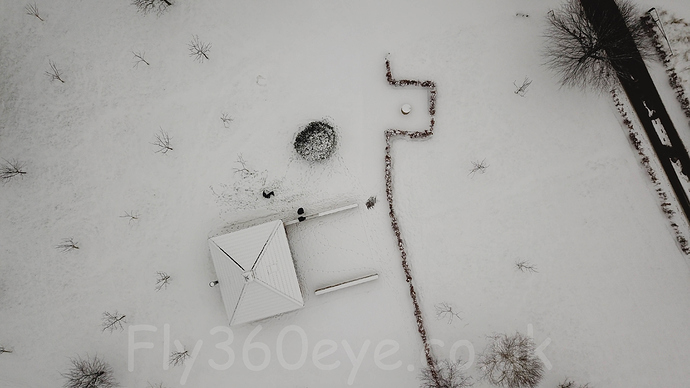 Sorry the flying is a bit erratic in places my thumbs where dropping off with the cold.

Which canal is that?

Its the Chesterfield canal and Poolsbrook country park…

Thanks.
Only wondered because it reminded me of a canal between Manchester and Bolton when I walked between those two towns last year. 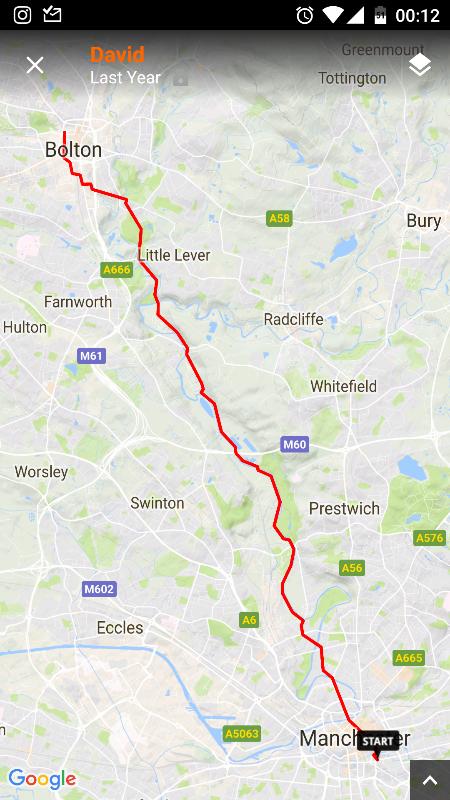 If it’s not one thing it’s another!

FINALLY, we have some reasonable snow in Oxfordshire, and it was last night so it’s the weekend, and hopefully the canal is frozen…

… and it’s foggy. Can hardly see anything. Thermal camera on the Mavic anyone?

And the snow’s melting fast here, too … and I’m holed up with a frigging migraine.

I considered using mine but the wind was strong and there were mini blizzards here in south east London!

Thought about the snow getting into the motors and electrics so wimped out.

Do people think it’s ok to fly with a bit of snow?

It doesn’t worry me.
I let the MP get nice and cold, before putting in a warm battery, so the snow is less likely to melt on the body.
The props will prevent all but the smallest amount of snow getting into the motors, but, in any case, since they are brushless, no real damage can be caused.
Obviously, leave in a nice warm dry place afterwards to evaporate any residual moisture.

Mine was flying in the snow (see video above) for quite a while, in total. It was as dry as a bone, afterwards. It was that lovely dry snow, which helped.

Thanks for this and good to know.

Although my nice new MP will probably be obsolete the next time we see snow lol!