Apparently the signs will be placed in “key areas across South Ayrshire” and there will be an accompanying social media campaign.

Will be interesting to see if there are harassment issues for anybody with permission to fly in the areas. 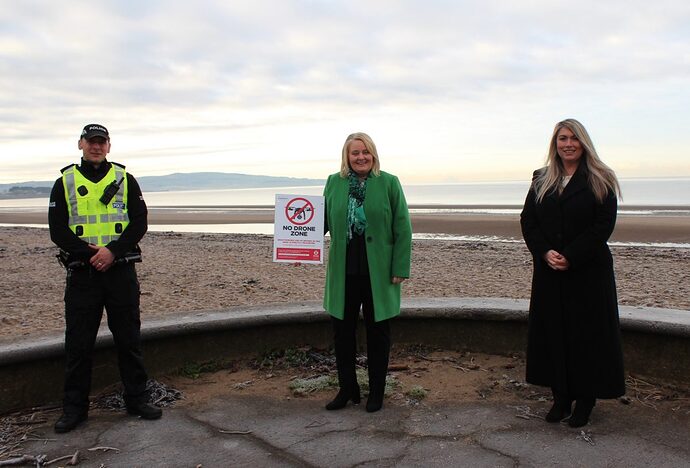 Christmas, there will be lots of new users who are probably not aware of the regulations etc.
if you are flying legally and safely it’s not an issue.
The police will not be happy responding false/malicious call outs.
However they have a legal remit under various ANOs.
e.g. If a drone pilot is suspected of flying unsafely or carrying out any illegal activities with their drone, police will have powers to ground the drone and seize it and any memory cards as evidence. Drone users will also need to be able to present their registration documents if requested by the police.

I think you will find that this letter says differently. See the last point on the bullet list. 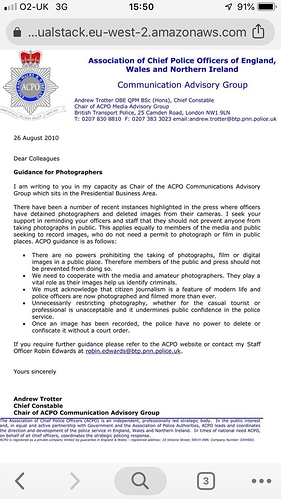 If your arrested police can seize any devices provided that they have a reasonable belief that it contains evidence of an offence or has been obtained in consequence of the commission of an offence.

So if your arrested for flying near an airport your phone, computer and drone is seized and anything on it becomes evidence.

Wonder where they plan to put the signs @joeC.

Guessing it has to be places illegal to fly so Prestwick beach, parts of Ayr.

The main runway? Right in the centre? 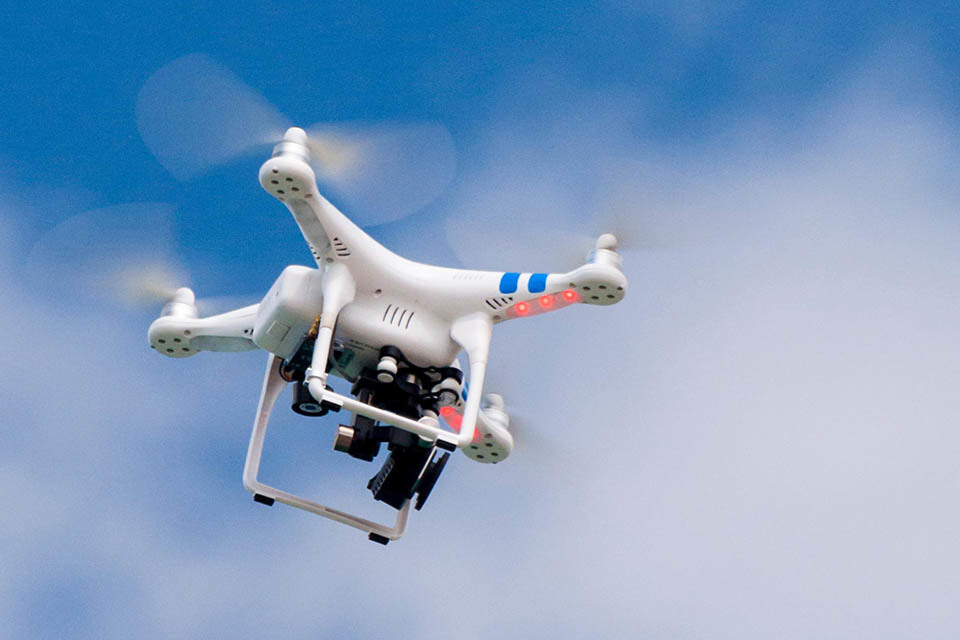 New police powers to tackle illegal use of drones

New legislation will give police officers the power to land drones, search premises and seize drones and will require users to produce the proper documentation.

Why did I envisage that in a Joe & Petunia ‘Dial 9-9-9 and ask for the Coastguard’ voice’?

I think you will find that this letter says differently.

Try use that letter and the chances are they’ll quote section 58 1(a), detain and strip search you

The letter was around street photography, not drones.

Guessing it has to be places illegal to fly so Prestwick beach, parts of Ayr.

That’s what I was thinking, but “across South Ayrshire” did make me wonder if they’re also going to be scattered a little more… liberally? We shall see.

I think the legislation promised in that press release hit a covid-shaped roadblock. It’s still at report stage in the HoL… and something tells me that when the proverbial hits the fan in a fortnight, the HoC is going to be a little preoccupied with the thousands of bits of legislation they still need to pass for Brexit to be rushing this through.

Plenty of other legislation that the police will rightly be able to use to seize evidence and detain suspects, and if they want to have a chat with me about my flying or filming I’m always happy to explain myself. But a press release from the Government saying they’re going to introduce legislation is a long way short of the legislation actually passing. [Narrator: particularly with the clowns in charge at the moment]

This does open up an interesting question though. Until this Bill gets Royal Assent, under what powers would/could the police force a pilot to ground a flight, and would the officer be, themselves, in breach of legislation for interfering with a pilot mid-flight? 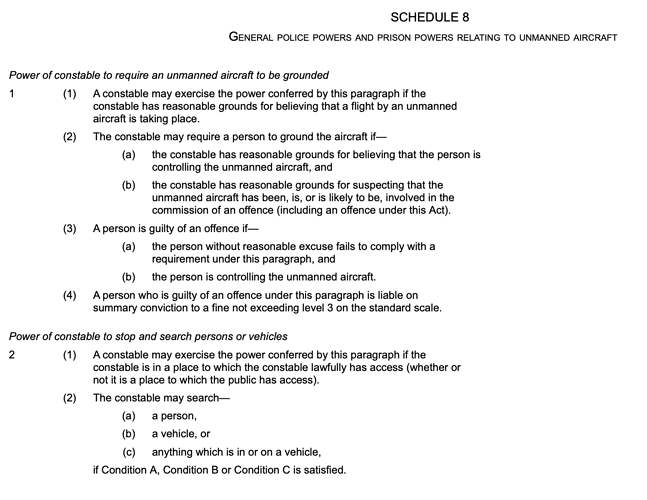 This is the section of legislation that will give them the legal authority to ground the flight (and there is a later clause allow for reasonable force). Also the right to carry out a search (again, later clause allowing for searching of properties if they have a warrant).

But this isn’t the law yet, so if a police officer approaches you mid-flight what do you do? Personally, I’d do as I’m asked. But if they pick on one of the Freemen they might get a different answer…

I was just thinking the same thing. Are these signs up already?

Not sure… it’s only a few miles away from me, but it’s across the county border and I’m a good boy who does what wee Nicola tells me

That’s what I was thinking, but “across South Ayrshire” did make me wonder if they’re also going to be scattered a little more… liberally? We shall see.

The new campaign includes No Drone Zone signage will be carefully placed in key areas across South Ayrshire to inform the public where drones are prohibited.

Looks like it’s only where they are already prohibited which would be within prestwick frz.

It’s technically across South Ayrshire as it covers parts of Ayr, Prestwick and Troon.

I’m over in Ayr tomorrow. I’ll see if there are any signs up around Prestwick beach.

I’ll see if there are any signs up around Prestwick beach.

Seems like a perfect job for a drone survey.

I live in Ayr. Hadn’t heard anything about this but I haven’t been down to the beach in a few days. Will keep an eye out for the signs. Prestwick beach is understandably limited being so close to the airport. Not raining today so itching to fly.

To be honest, it looks from that quote by the OP that they are promoting responsible drone use- follow the drone code, don’t fly in FRZ etc. Which we all follow anyway don’t we?

I am actually supportive of that, in the same way I’m supportive of schemes to get the offroad motorcycle lot following their codes and similar. If we all follow the code- and the drone code isn’t really that onerous- it’s easier to argue for no new restrictions (especially bylaws at local level). However, if a bunch of folks go and get drones from Argos for Christmas and start being a nuisance, before long there’s a local campaign to “ban drones” and we get (more) bylaws restricting drones use in parks etc and the responsible users suffer.

There’s still a surprising number of people have not the faintest clue about the drone code (not just the usual suspects either) although I see that some retailers/manufacturers now put info on their websites and in their boxes. So a press campaign could prove beneficial.

A well known shopping channel has been offering a camera drone.
“No need to register it as it’s under 250g”
No mention in their sales pitch, of the fact that it will need registration in 2021. The ordinary person looking on that channel, more than likely won’t read any references to this fact that may (or in my case not)come with it. I bought one out of curiosity. I tried to leave feedback, mentioning that I was disappointed to find I do need to register it next year. I was blocked and recieved a message saying I wasn’t allowed to leave negative comments.
Incidentally, it’s a pile of crap. It is in no way capable of what we recognise as a stable hover. It drifts fairly quickly. One of these let loose in a park! Pass the hard hat.

Try use that letter and the chances are they’ll quote section 58 1(a), detain and strip search you