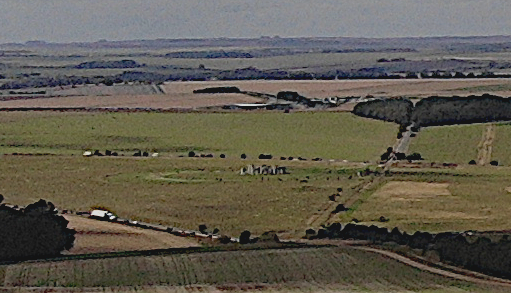 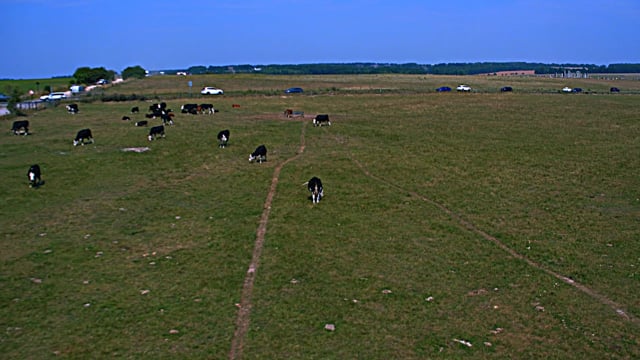 This location has been recommended to fly your drone in the Monuments category in the South West region.

The guys that built Stonehenge picked a very bad site for drone flying.

The Larkhill danger area almost covers the monument itself and much of the land not under flight restriction or military air traffic zones is owned by the drone-unfriendly National Trust.

The take off / landing point I have marked is on a BOAT, specifically AMES12, Wiltshire County Council designated Byway Open To All Traffic. So you can legally drive either north or south of the A303 on the byway,

I chose the southerly part of the byway. 80 metres from the A303 there is room to both turn a car round and to park it to the side of the byway. The northern route would presumably be as easy but it brings you closer to what may be over-zealous security. The BOAT can be seen in the short video (taken for a Grey Arrows competition)

There is a very useful thread on Grey Arrows started by ianinlondon about flying around the Salisbury Plain monuments.

If you do go probably best to check the sunrise / sunset times and the times the monument is open. A golden hour flight without people in shot could be a nice experience!

The originator declared that this location was not inside a Flight Restriction Zone at the time of being flown on 09/08/2020. It remains the responsibility of any pilot to check for any changes before flying at the same location.

I believe the track that runs perpendicular to stonehenge is also a public right of way. That’s where I took off from when I shot Stonehenge Sunrise
Was I wrong? Whoops.

The track to the east of the one I used is actually on the border of National Trust land and is also a Byway Open to All Traffic. Except when I checked there was a padlocked gate at the entrance!

Thank you for adding to the DroneScene map