It’s that time of year again!

Which make and model of drone do you fly?

It’s a simple question but one that’s had GADC members talking since we first asked this question back in 2017. Since then not only has the number of club members grown massively but the selection of drones available has expanded too.

Just like 2021, please vote for your drone(s) in the poll below, multiple choices are allowed. If your make or model isn’t listed please tick the ‘Other’ box and tell us all about it in the comments below.

Please also feel free to show us your drones! We do love a good photo

Finally, if you voted in our previous polls please vote again here - It’ll help keep the numbers accurate and show which drones are most favoured by the Grey Arrows Drone Club members.

Don’t forget, feel free to share some photos of your drone, especially if it falls in to the ‘Custom’ or the ‘Other’ category!

Anyone have any early predictions?

The Mini 2 took up 49% of the ownership last year. I think it’ll still hold the #1 slot this year too.

Ah. Where’s the planes and wings?

I sold them on eBay.

For me, ‘Other’ includes:

The Spry in the pic has been sold 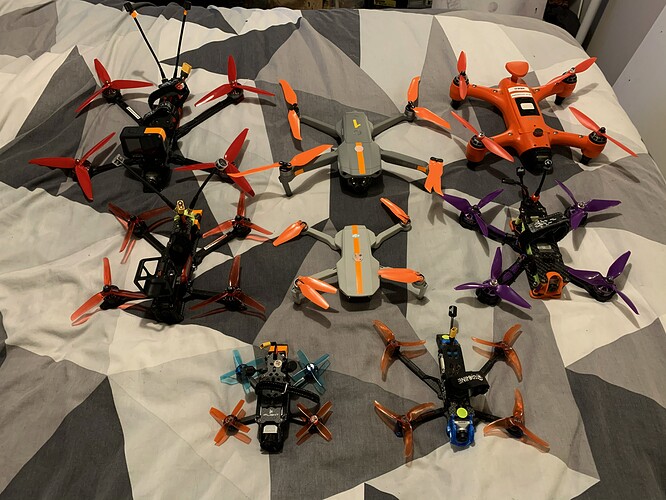 My “other” entries include:

Anyone have any early predictions?

I don’t expect the DJI Matrice to do well.
a) there aren’t that many of them and
b) it’s not a poll option.

(Didn’t think of that one earlier.) 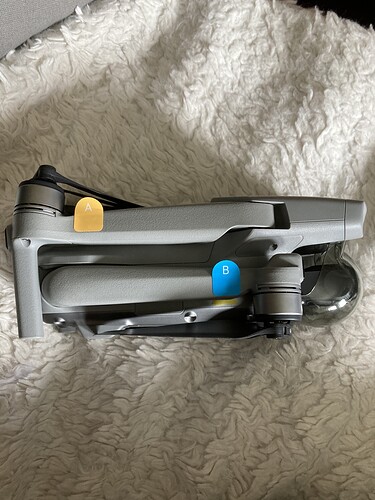 oh plus a new back pack

The Mini 2 took up 49% of the ownership last year. I think it’ll still hold the #1 slot this year too.

And the Mini 2 is in first place already

What are the A and B stickers for @Kirky ?

are we on the same page as why they was put on at factory or did I label it A & B PMSL !!!

A & B Axis @PingSpike
Maybe

What are the A and B stickers for

Surely it’s the order you need to unfold the arms in?

How wrong was I on that I need my head red !

Seems the Mini 3 pro already has enough uptake to be coming in second place so far.

It’s on my investment list but not top of it at the moment because the Mini 2 does the job well enough for me for now, for the stuff I need <250g for.