Top down pano from a moving drone

OK I hope I explain this correctly.

When you take a pano shot normally you do it from a fixed perspective. I want to try and take a top down set of photos of a small island taking top down shots as I fly over it.

I want to then stitch them together in lightroom. My question is as I change my location the perspective/ angle to objects on the group will change. Will this either look crap in the finished picture or will Lightroom just say no?

I think @McSteamy2010 may have tried this before, could be wrong.

I’m sure I seen a post on here before doing top down shots for stitching using waypoints.

Somewhere, this has been discussed before … albeit for getting a top down image of an area larger than can be achieved from 400ft.

I’ll do some searching.

There’s also a technical name for it … ortho-something … that totally escapes me.

Why not do a series of top down photos from 400 feet and stitch them ?

Its not big enough for waypoints but also to big for one picture.

That was the one I was thinking about.

(Which I had found just before you posted but didn’t quite beat you to it.

Never actually got round to trying it.

There’s also a technical name for it … ortho-something … that totally escapes me.

I’m lazy, I’d probably use the Pix4D Capture app and let it do the work!

Also, if you use ODM or Pix4D you can get a stiched “ortho-moziiac” of the tiled images generated for you.

Also in the same thread.

Could you not get away with a 360 globe? 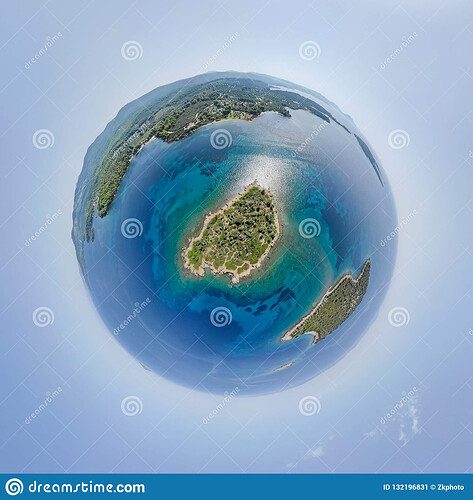 Its not big enough for waypoints but also to big for one picture.

Thats a great thread but I am on the Mini2 and Android so most of those apps are no good.

Yeah im not a massive fan of that look.

There is a possible method I’ve never tried.

Microsoft Image Composite Editor is a panorama stitching program (no longer available from MS - but a search should find it available somewhere) that can take video and stitch into a panorama.

I’m guessing it’s really designed to turn a panned video, taken from one point, into a panorama, but it might be worth testing how it responds to a tacked video. Easy to create a test tracked video down your road with a GoPro, or similar, on your car.

First test - walking down my garden, hand-held, of the wall/fence on one side - remarkably good.

Not uploading - a) private, b) log video that would look crap even if the garden wasn’t genuinely a serious mess.

But - a quick video, long enough to be about the equivalent to about 3 pics edge-to-edge, complete with the inevitable up/down of waking (albeit a gimballed camera), and the brickwork giving a hint of the angle the camera was pointing down creating an (accurate!) trapezoidal stitched image … it’s actually done an epic job.

If the island is more than can be covered in one pass, you might then be able to stich the resulting images from 2 or 3 passes.

Obviously could be getting some distortion from this. Not certain. But overlaying a detailed map (OpenStreetMap ?) in PS you might be able to “stretch” identifiable points into place.

I need to do one down the road from the car … bike/, or even the Tesco trolley that someone’s abandoned at the back of my house.

(Posh area I live in.

Im not gonna hide the location is Piel Island just off Barrow in Furness. Its about 450m by 250m.

Sounds daft but at 120m height you can fit the whole of the imperial war museum north into one shot and thats about 120m long and a good 20m off the ground.

So I hope I can do the whole island in about 10ish shots. 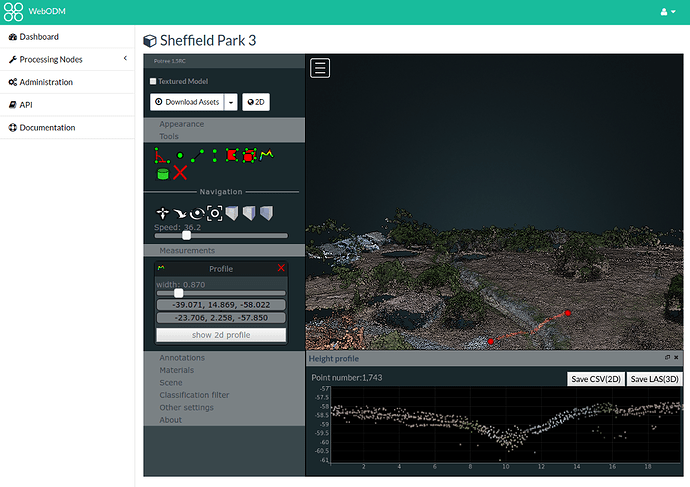 Edit: Just had a squint at the “installation” page of the documentation. It’s not for the faint-hearted. Looks like it runs in a “Docker” VM…

The castle is probably your high point? The highest contour is only 10m … which is where the castle is.

Not too many structures for distortion if all done in images.

So - going to need several passes / photos once you allow for a 1/3 overlap in each direction.

Dronedeploy, or Pix4D to take the images, you need to plan sufficient overlap for stitching and those will do that automatically. Then WebODM to combine them into a 2D orthomosaic, or one of the other orthomosaic software (dunno if the big online ones still do free trials?). QGIS is great for viewing the result.

Used that workflow to do mapping before with a P4P.