For anyone wondering what the point of using Raw is… 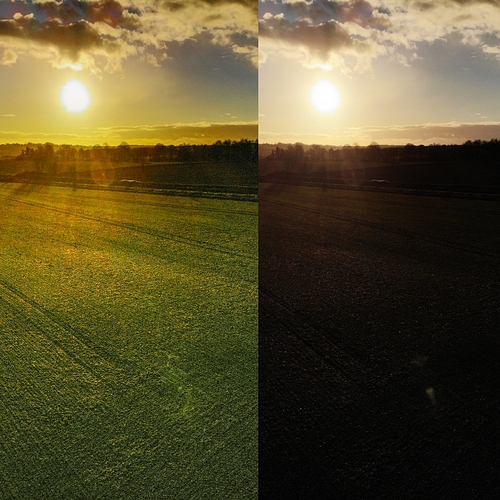 It’s an incredible difference, isn’t it?

Being a photographic n00b when I joined the world of drones, I’d never even heard of the RAW format…

For those seeking more information on this magical transformation, our very own @RaRaRasputin put together a YouTube tutorial on the subject last year:

Here is a general workflow I use in Lightroom when editing stills from the Mavic. Always shoot in RAW to get the most detail retained from the sensor Settings Picture Style: D-Log or D-Cinelike (for some reason, it changes the exposure slightly in the Mavic RAW DNGs) https://youtu.be/Tg4O3TrGUeY

I must get my rear end in gear with this photo RAW business, never tried it ,personally.
But, looking at that picture above, it shows what can be achieved !.

Wow.
I did not know that was possible.
(I’ve heard of RAW - but assumed it was for “Photo Snobs”

This took a couple of minutes on my phone using lightroom. I always take both raw and jpg as quite often the jpg straight from the drone is good enough. But when you’re taking a tough photo the raw really helps. With this one I could expose for the setting sun and then using a graduated filter put all the foreground details back.

There’s even an ‘Auto’ button for people like me

Many a time a RAW photo has saved the day over a jpg, especially in winter with such low sun.

There’s even an ‘Auto’ button for people like me

Many a time a RAW photo has saved the day over a jpg, especially in winter with such low sun.

There’s even an ‘Auto’ button

The quick method to do better than that does by itself is to use the “Auto”, then switch to the “Light” function, and you can see which settings the “Auto” has changed … and tweak them up/down a bit.
I tend to find “Auto” increases the exposure more than I find best.

There’s even an ‘Auto’ button

The quick method to do better than that does by itself is to use the “Auto”, then switch to the “Light” function, and you can see which settings the “Auto” has changed … and tweak them up/down a bit.
I tend to find “Auto” increases the exposure more than I find best.

Often, if you have a pretty damned good pic but with rather too much contrast is just to increase exposure in the shadows. That’s one of the options under “Light”. That single change can maintain the original character of the photo but add so much detail.

Even on jpegs, this can make that essential difference.
(Yes - more tweaks can be made - but this is JUST a “shadows” tweak.) 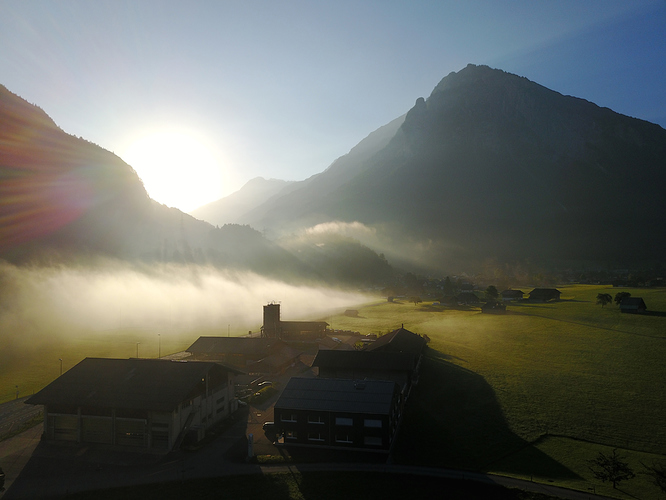 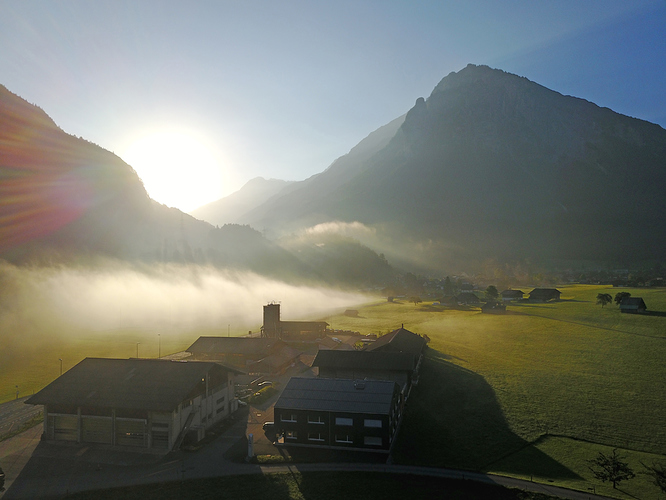 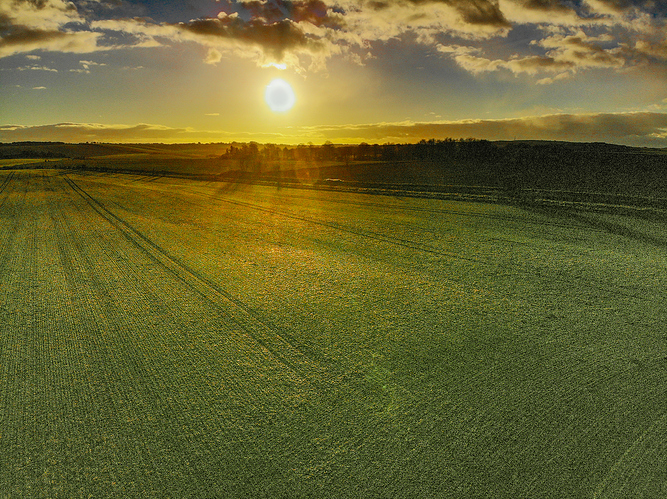 Just for completeness, this is the full image…

The reason RAW is so fantastic and used professionally is it’s nondestructive, ie you can manipulate as much as you want and the image will not lose any of its quality, compared to JPEG which does lose pixels eveytime it’s opened and saved.

There’s my little bit of knowledge on photography!

All at 0. It makes very little odds if in raw and then editing. Maybe nudge the contrast down 1 for something like a sunrise or sunset

OK, I’m a bit of a camera nut, I can be found processing my best snaps… or what I think are… at 5am some mornings… I always shoot in RAW and JPEG… Mostly I delete the JPEGs once the RAW files are stored on my PC. The JPEGs for me are a backup in case the RAW file is corrupted somehow (My Nikon D500 stores the RAW and JPEGS on separate cards). I also use the acceptable pre-processed JPEGs for any quick posting to social media within moments of taking the picture, beyond this, I see them as a waste of storage space.

The following are non-technical reasons why I recommend to shoot in RAW or at least both RAW and JPEG. Most people won’t interested in chrominance, luminance, colour gamut, colour temperature, camera correction, chromatic abrasion, lens distortion, barrel distortion, etc…, however if you are, have a nosy around the net. This is some of the information that is dealt with in processing / correcting a camera image.

With a RAW image, the data is taken direct from the cameras sensor and then stored with minimum alteration and processing on to the storage media. Essentially the file contains what each pixel of the sensor saw and all the associated data collected at that time. Due to the amount of data contained within a RAW image file, it is often large. Often a RAW image doesn’t look very exciting and can look a bit flat. Usually this is because that’s what the scene actually looked like in reality, or because the days light, colour temperate and camera/lens correction has not been applied. This file is usually manually processed in the likes of packages such as Adobe Lightroom or Photoshop. Here, the image is corrected for lighting conditions, lens distortion etc… and to artistically alter the image to achieve the ‘artists’ desired image. Processing each image individually is time consuming, however can be very rewarding! Sometimes pictures that are un-processable as a JPEG can be processed from RAW data with great effect.

When the RAW image data is converted to a JPEG direct within a camera, the image is manipulated and processed by a codec built into the cameras firmware. The codec attempts to enhance the image to what is assumed to be the best fit image quality. The image usually undergoes amongst other things, automatic light temperate correction, colour correction, lens correction and often colour saturation is excessively increased to make the image appear punchy (Most camera and TV manufactures seem to think that this is pleasing to most. Most default TV settings are generally over saturated and unrealistic which looks amazing in the show room, but not when you are watching daily). When lighting conditions are tricky, the best picture is not always produced directly from the camera. Sometimes these pictures appear dark, over exposed, over saturated, unrealistic etc… For most people 80% of pictures processed to JPEG in the camera often look better than they would without automatic processing. However for a picture taken in tricky lighting conditions, once processed, the RAW information is stripped from the image and the image is compressed before being stored on the cameras storage media. At this point, the RAW information is non-recoverable, however the image has been processed with no user input and is now a lot smaller to store. This means that the image is usable directly from the camera and often does not require further processing. The cameras user will probably delete pictures that don’t look good. This is because they don’t realise what could possibly have been done to the RAW image and manual processing.

A JPEG can be altered, enhanced and processed further, however the original RAW information no longer exists within the file as a base point. The image data that you are now working on processing only contains the pre-processed image data. For example… The JPEG version of a picture taken in tricky lighting conditions which came out partially underexposed, now only the dark under exposed image data remains in the JPEG file. This means that the final image once reprocessed is based upon the poor image data that the picture contained and is not an extrapolation of the original sensor data. Often the image once reprocessed is not as good as could have been if taken from the RAW data.

When processing a RAW image, as we are still using the original camera sensor image data, information that you are working with is original and hence the final processed output will be far better than processing a pre-processed image. Generally when you work on a RAW image, the RAW data contained is not altered, however alterations are stored as meta data either within the RAW file or within a separate file. You generally export your final image in a chosen format eg JPEG once happy with how you have processed it. You now have a smaller file with un-needed RAW sensor data stripped out. In the original RAW file, the RAW image data is never lost or altered in an unrecoverable fashion and that the RAW file can be processed as many times as wanted while retaining the original sensor information. This also means that you only have to store the RAW file once. I have processed some RAW files multiple times with different effect and months apart until I was happy, each time, I have reset the meta data and started again with the RAW image from the beginning and processed it in a different way.

RAW files multiple times with different effect and months apart until I was happy, each time, I have reset the meta data and started again with the RAW image from the beginning and processed it in a different way.

Definitely. You are actually loosing a ton of good image information when shooting JPEG. 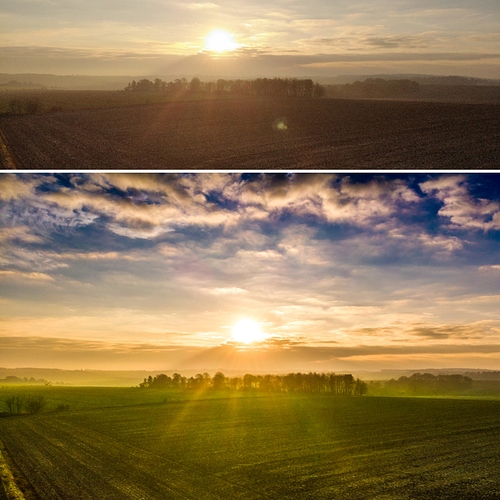